Ms. Watson was a participant in her employer’s qualified retirement plan. At age fifty-five, Ms. Watson received $30,006 in distributions from the qualified plan and included the amount as income on her income tax return. Ms. Watson paid the tax on the $30,006 but did not include the ten percent additional tax of that amount.

The IRS issued a notice of deficiency and determined that because Ms. Watson had not reached age fifty-nine and half at the time of the distributions, she was liable for the ten percent additional tax of the $3,000.60. Ms. Watson argued she qualified for the exception to the additional ten percent tax because she did not receive the distributions until after she was fifty-five years old.

In Watson v. Commissioner, T.C. Summary Opinion 2011-113 (Sep. 28, 2011), the U.S. Tax Court held that Ms. Watson was required to pay the additional ten percent penalty on the retirement distributions under section 72(t) because she “was obviously less than 59-1/2 years of age when she received $30,006 in distributions.”

Special thanks to Jim Hillhouse (WealthCounsel) for brining this article to my attention.

Settlors typically want to keep control over the trusts they create, especially when the settler is a parent creating a trust for the benefit of a child. Since a trust must be irrevocable for estate tax and asset protection planning purposes, many settlers fear that this control is lost. However, a list of ways settlors can retain (some) control of the trust are below:

The federal financial services regulators have approved a new final living will rule that will implement Section 165(d) of the Dodd-Frank Street Reform and Consumer Protection Act. The Federal Reserve Board and the FDIC will issue the rule jointly.

Section 165(d) requires companies designated as systemically significant by the Financial Stability Oversight Counsel to give regularly updated living wills or plans for the companies’ “rapid and orderly resolution in the event of material financial distress or failure” to the Federal Reserve Board and the FDIC. Under the new law, a company’s resolution plan must include a strategic analyses of the plan’s components; an analyses of the company’s organization, material entities, management information systems, interconnections and interdependencies; and a description of the range of specific actions to be taken in the resolution.

Companies operating mainly as banks must submit plans before December 31, 2013 and update their living wills annually.

Daniel Ricks (attorney, Costa Mesa, CA) recently published his article entitled, I Dig It, But Congress Shouldn’t Let Me: Closing the IDGT Loophole, 36 ACTEC L. J. 641 (2010). The abstract available on SSRN is below:

By combining three tools that independently are beneficial to taxpayers, clever estate planners have devised a transaction - the installment sale of discounted assets to an intentionally defective grantor trust - that saves their ultra-wealthy clients millions of dollars in estate and gift taxes. This transaction, which is a foundational part of many estate plans, takes advantage of rules that Congress never intended to be used in this way. Because the Internal Revenue Service has conceded its inability to challenge the transaction based on current law, any solution lies with Congress. This Article proposes an amendment to § 2036 that would close the hole in the transfer tax base by eliminating taxpayers’ ability to form intentionally defective grantor trusts. Because this simple, targeted proposal leaves intact nearly all of current law, it could be adopted quickly as an interim solution in anticipation of fundamental tax reform. 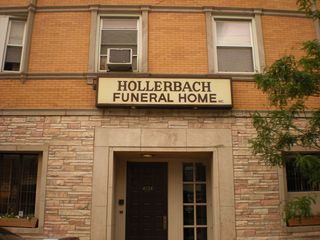 Katt & Company’s recent newsletter addresses life insurance policy valuations. In the newsletter, the author states that spring-crash-values further complicate the issue of whether a taxpayer should report a policy’s account value or cash surrender value as income when policies are transferred to the insured. The IRS argues that the account value is the appropriate method, while buyers, administrator, and sellers argue for the cash surrender value method.

The newsletter also addresses Schwab v. Commissioner (136 T.C. No. 6 – 2/7/11) where the court faced the issue of deciding the proper valuation for two variable universal life insurance policies. The Court concluded that the policies’ values should be based on the guaranteed cost of insurance to the termination date of the first policy and until the second policy’s premium was paid a few months later. The author fears that the Schwab holding has only “muddied the water” when it comes to setting logical life insurance valuation methods.

A local charity office realized that it had never received a donation from the town’s most successful lawyer. The director called him, hoping to get a contribution. “Our research shows that out of a yearly income of at least $500,000, you give not a penny to charity. Wouldn’t you like to give back to the community in some way?”

The lawyer replied, “First, did your research also show that my mother is dying after a long illness, and has medical bills that are several times her annual income?” Embarrassed, the director mumbled, “Um…no.

“Or that my brother, a disabled veteran, is blind and confined to a wheelchair?” The stricken director began to stammer out an apology but was interrupted.

” . . . or that my sister’s husband died in a traffic accident,” the lawyer’s voice rising in indignation, “leaving her penniless with three children?!”

The humiliated director said simply, “I had no idea . .”

“So if I don’t give any money to them, why should I give any to you?

The U.S. Supreme Court’s expansion of the Federal Arbitration Act (FAA) has made arbitration clauses ubiquitous in consumer and employment contracts, and provoked heated debate. Recently, though, arbitration clauses have become common in a different context: wills and trusts. Courts have reached wildly different conclusions about whether these provisions are enforceable under state arbitration law. However, no judge, scholar, or litigant has considered the more important question of whether the FAA governs these terms. In this Article, I fill that gap. I first examine the statute’s text and legislative history, and conclude that Congress intended the FAA only to govern “contracts.” Nevertheless, I show that the Court has stretched the definition of “contract” for the purposes of the FAA. Indeed, the Court has predicated arbitration on the mere fact that the parties have entered into a consensual relationship, even if it does not meet the test for contractual validity. I then argue that estate plans, which arise from mutual assent and feature elements of exchange, are “contracts” under the FAA. Finally, I analyze how some of the most challenging features of the Court’s interpretation of the FAA - including the non-arbitrability doctrine, the separability rule, and the statute’s preemptive ambit - would play out in the field of wills and trusts. By doing so, I seek not only to provide guidance for courts and policymakers, but to illustrate that testamentary arbitration may not suffer from some of the flaws that make contractual arbitration so polarizing.

L. Michael Stelmacki was the CPA for Southwest Missouri Bone and Joint Inc. (SMBJ). Brain Ellefsen owned SMBJ and his brother, Mark, was the corporation’s business manager. In 1997, the Ellefsens attended a presentation on the Aegis Business Trust System, which utilizes foreign and domestic trusts to shelter assets from taxes. Stelmacki urged the brothers to not participate in the Aegis system, but the Ellefsens decided to enroll in the system anyway in July 1997.

For two months Stelmacki asked his clients to reconsider their enrollment in the Aegis system and sent the brothers articles on the IRS’s crack down on abusive trust schemes. Though the Ellefsens did not head their CPA’s advice, they did keep him on as their preparer.

On SMBJ’s 2000 corporate tax return, the corporation deducted the transfers to the Aegis-created entities as management fees. Brian Ellefsens declared that he had no interest or authority over any foreign accounts on his personal tax return. Stelmacki requested that Brian represent in writing that the transferred management fees were legitimate.

In 2001, Stelmacki raised concerns about the corporation’s categorization of the transfers to the Aegis-created entities as management fees. Stelmacki informed the Ellefsens that the expenses would likely not meet the IRS test as being ordinary and necessary business expenses. Stelmacki included a number of articles discussing abusive trust schemes and the possibility of criminal ramifications in his communications with the brothers.

Mark informed Stelmacki in September 2000 that the corporation had hired another individual (an accountant associated with Aegis) to prepare its 2001 return. In 2003, still concerned for his former clients, Stelmacki sent the Ellefsens an IRS press release that listed offshore transactions as one of the "dirty dozen tax schemes.”

Again, the brothers did not heed Stelmacki’s advice and were later convicted of conspiracy to defraud the United States. In U.S. v. Ellefsen (108 AFTR 2d 2011), the appellate court upheld the brothers’ criminal convictions. In the end, though Stelmacki intended for his numerous warnings to help his clients remedy their actions, the warnings actually served to help the government build its criminal case against the Ellefsens.