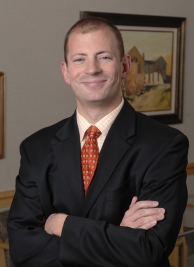 Academics, law makers, and the general public have long believed that secret liens are problematic. In real property, these are liens that are not recorded in the real property filing system. Secret liens become especially problematic when they are enforced, despite their secrecy, against subsequent purchasers of the property. If the purchaser does not satisfy the lien by paying the underlying debt, the lien holder can foreclose on the property. One of the main purposes of having real property recording statutes was to avoid surprise liens (secret liens afforded priority over subsequent purchasers) and ensure that real estate purchasers and investors are fully informed. Yet surprise liens continue to exist and are, in fact, increasingly accepted by lawmakers.

This Article examines two prototypical surprise liens – federal estate tax liens and mechanics' liens – and proposes that these are indicative of a trend wherein modern lawmakers are increasingly tolerant of surprise liens. This Article then examines potential justifications for this deviation from the longstanding preference against these types of liens. First, some argue that property filing systems are economically inefficient. Second, some argue that creditors and purchasers do not actually check property filing systems. Finally, the Article identifies and addresses the possibility that law makers justify surprise liens based upon the identity of the lienor.

After examining these arguments, this Article concludes that the first two justifications are convincingly countered by existing economic theory and circumstances and that creditors and buyers do, in fact, rely on real property records. This leaves lienor identity as the true driver behind the rising acceptance of surprise liens. This justification, identified herein, is ultimately based upon the perceived social economic benefits arising from granting these favored classes the right to surprise liens. A careful examination of the full economic consequences of surprise liens, however, demonstrates that this justification is not sufficient and ultimately self-defeating.

Granting special rights to certain classes of lienors imposes higher individual costs than is commonly believed and also creates significant costs that likely counter any social economic benefits actually created. Additionally, surprise liens (even if economically justified) defeat basic conceptions of fairness inherent in the American system of jurisprudence and arising out of basic concepts of due process and social ethics. This Article therefore concludes that these liens should be removed through a strengthening of recording concepts at both a state and federal level.

Listed below are links to weblogs that reference Problems Caused by Surprise Liens: