Non-Residents May Not Benefit from Alaska's New Statute

I recently blogged about Alaska adopting a statute that allows individuals to prove Wills and trusts pre-mortem. As a result, Alaskan estate planners have gotten many calls from non-residents wanting to prevent ugly Will contests like the one surrounding Gary Coleman’s estate.

But will it actually work for non-residents? Delaware probate attorney Peter Gordon doesn’t think so, explaining that a “Utah judge sitting in a Utah court with a Utah resident is not going to send the case to Alaska.”

Unlike a trust (which is a separate legal entity residing in a particular state), a Will is simply a document used by the testator to express his/her wishes.

See Scott Martin, Would the Actors Heirs Have Been Better Off with an Alaskan Will?, The Trust Advisor Blog, June 26, 2010.

The June 2010 edition of The Estate Analyst is comprised of an article by Robert L. Moshman (attorney and writer) entitled Estate Planning Malpractice:  A Best Practices Checklist as well as an interview with Robert G. Alexander, a prominent estate planning attorney and lecturer.

The introduction to the article and the June 2010 edition of The Estate Analyst is below:

Estate planning and estate administration practice go hand in hand. Each time an estate is planned, there is a potential estate that the practitioner may have an opportunity to serve someday. There is also a potential lawsuit if the estate does not fare well.

Let’s review how an estate planner can best serve clients…while avoiding liability. Several planning scenarios that can lead to difficulty come to mind. A checklist has also been developed to avoid oversights and protect against claims.

The National Center for State Courts (NCSC) launched a new website, http://eldersandcourts.org/, to provide the nation's courts with resources, information, and training related to aging, probate issues, and elder abuse on June 15, which was World Elder Abuse Awareness Day.

The new website also serves as an online clearinghouse of information on aging issues as well as an online community where judges and court personnel can exchange information. The site also features the following resources:

Regulation R mandates that non-SEC-regulated institutions refer most securities sales to broker-dealers. Not all trust companies are sure they can demonstrate that they’re obeying Regulation R because the Office of the Comptroller of the Currency has not yet issued guidance on how to comply.

If a trust company does too much commission-based business, it can fail the compensation test and lose its exemption from SEC oversight.

Most banks and trust companies are simply referring the business to a certain broker for a fee. The question is how the bank examiners will look at these referral fees when they begin compliance testing on January 1.

A Quick Guide for the GST Tax 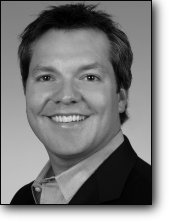 Sooner or later, every estate planner comes face-to-face with the generation-skipping transfer tax. Many practitioners do not feel up to the challenge because this particular tax as a reputation as being treacherous as the sea. This article helps identify situations that subject clients to the GSTT.

***NOTE: One sentence in the discussion about life insurance trusts is misleading as it was finally edited. The first sentence of the second paragraph in the Life Insurance Trust Issues section should say that if a transfer to an ILIT qualifies for the annual gift tax exclusion, it MAY ALSO be exempt from GST if the trust is drafted the right way. As published, the sentence makes it sound like annual gift tax exclusion gifts automatically qualify for GST exclusion, but it is not automatic. The trust must be designed the right way for contributions to qualify for both exclusions.

The federal estate tax isn’t the only estate tax that’s unresolved. State politicians have also been putting off decisions.

For more information, including a map of which states currently have estate and inheritance taxes, see Ashlea Ebeling, The State Estate Grab, 2010 Edition, Forbes.com, June 9, 2010.

These five rules can help you to stretch out the tax benefits of IRAs, possibly for decades:

The abstract available on SSRN is below:

This testimony makes three main points. First, inheritances tend to exacerbate existing economic disparities and may be the most important barrier to intergenerational economic mobility. These tendencies are most pronounced at the top of the income distribution. While inherited income is distributed fairly evenly across most of the population, it rises sharply at the very top.

Second, the estate tax system is the most important mechanism by which the current fiscal system mitigates the effect of inheritances on economic disparities and intergenerational mobility. The burden of the estate and gift taxes falls largely on heirs, not donors. Moreover, on average, it rises rapidly with the amount the heir inherits and his economic income. Nevertheless, the relationship between the heir’s financial circumstances and his or her estate tax burden is relatively imprecise.

Third, upcoming legislative changes create an opportunity to better focus the estate tax system on the unearned income that inheritances represent. We should use that opportunity to reform, not repeal, the estate tax system so that it continues to tax inherited income but in a more equitable manner. Two reform options are discussed. The first would replace the estate tax system with a comprehensive inheritance tax, under which heirs would pay tax on extraordinary amounts of inherited income at roughly the same rate that presently applies to earned income under the income and payroll taxes. The second would retain the estate tax but better focus it on the amount transferred as a proxy for the amount received. It would do so through a package of simplification reforms that would limit the extent to which the tax burdens on heirs depend on their access to sophisticated tax advice.

Private banks and trust companies are increasingly helping older clients manage their financial affairs. Banks with elder services programs will do things like manage crises, sort out medical bills, manage the sale of a home, manage Medicare-coverage claims, or hire in-home care for their elderly clients.

The banks and trust companies that offer such services get something out of providing these services as well, possibly including: