In the past, wealthy taxpayers’ sources of income included mainly wages, dividends, interest, and capital gains. Today, the wealthy taxpayers have many more complex methods of making money, such as through multi-tiered partnerships, trusts, hedge funds, and private foundations.

To expect one audit agent to verify a return with such forms of income is unrealistic. Thus, as IRS Commissioner Doug Shulman envisioned, the IRS is creating “wealth squads” to extensively examine the wealthiest taxpayers. A team of various experts will scrutinize each form of income, so people who fall into this category need to prepare themselves.

Special thanks to Jim Hillhouse (Wealth Counsel) for bringing this to my attention.

Reformation of Wills in Massachusetts

The following summary is supplied through the courtesy of Martin D. Begleiter (Professor of Law, Drake University):

William Bruinsma, a private and frugal man, died in 1998 leaving a will bequeathing one-half of the income from his residuary estate (including capital gains distributions from his securities and bank accounts) to each of a friend and his sister during their lifetimes and on their deaths, to 2 charities. He did not tell the drafting attorney the value of his assets. When he died, his estate was worth about $ 1.7 million, more than the applicable exemption amount at that time.

Ten years after his death, his executrix petitioned the court to reform the will to create a CRAT. The beneficiaries consented. Despite a potential tax savings of more than $466,000, the Supreme Judicial Court of Massachusetts denied reformation in Pellegrini v. Breitenbach, 2010 WL 2026754 (Mass.). Noting that past Massachusetts cases had allowed reformation of trusts, the court said that this will created no trust and that the court had previously held it had no power to reform wills.

Moreover, there was no mistake on the part of the drafting attorney, who had followed the decedent’s requests. There was no evidence that decedent cared about the tax consequences of the will. He was concerned about keeping the will simple and inexpensive. There was no certainty that the IRS would respect the reformation, coming as it did 10 years after decedent’s death. Even if decedent had intended to establish a charitable remainder trust, there was no evidence that he would have preferred a CRAT to a CRUT, given that the will did not mandate annual distributions of income. These factors led the court to decline to reform the will.

This paper is a critical evaluation of the rules of succession and inheritance under Nigerian Law in relation to constitutional provisions of the Nigerian Law. It relates the issues of constitutional and human rights conflicts in customary law of succession to the modern legal discourse with a view to resolve the conflicts inherent in both systems.

What Happened to Hattie McDaniel's Oscar? 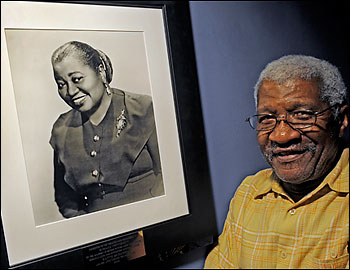 In 1940, Hattie McDaniel won Best Supporting Actress for her role as Mammy in “Gone With the Wind.” Upon her death, she bequeathed her award to Howard University where it was displayed for several years before disappearing. Possible explanations for the disappearance of this historic award, valued at $550,000, include:

The academy refuses to create replacement awards for heirs who have come into possession of an award after the recipient’s death. Instead, the academy sent a framed photo of McDaniel and some commemorative McDaniel postage stamps to Howard University. Some people remain optimistic that the Oscar will eventually be found.

Special thanks to Alfred Brophy (Professor of Law, UNC School of Law) for bringing this to my attention.

Effect of a Prepaid Estate Tax

Special thanks to Jim Hillhouse (Wealth Counsel) for bringing this to my attention.

Christos Catsouras was not allowed to see his 18-year-old daughter’s body after she swerved his Porsche to her death on Halloween 2006. Three weeks later, pictures that the California Highway Patrol took at the accident site were posted on hundreds of websites.

When confronted, CHP officials said there was nothing that they could do. Catsouras sued CHP, and California’s 4th District Court established that surviving family members have standing to sue for invasion of privacy in cases such as this one.

Although the lawsuit against CHP hasn’t gone to trial yet, several states have already cited the Catsouras case as precedent in other privacy cases. Keith Bremer, one of the Catsouras family’s attorneys, expects other states to follow suit and enact laws that protect privacy.

“Right now, the law protects copyright more than it does privacy. The laws that were passed in this field, in the mid- to late 1990s, made sense at the time. That was the Jurassic era of the Internet.” --Michael Fertik, founder of ReputationDefender

Christopher Goffard, Gruesome Death Photos are at the Forefront of an Internet Privacy Battle, Los Angeles Times, May 15, 2010.

Vermont’s laws of descent and distribution and spousal elective share were established in the late 18th century and were closely aligned with the English common law provisions. Few changes were made in those laws until 2009. In that year, the Vermont Legislature amended the intestacy and spousal elective share provisions to provide increased support for a surviving spouse. This article analyzes those changes and suggests that further modifications are, perhaps, needed.

The Problem of FLP's

Despite repeated calls for reform, Congress has declined to act to curb transfer tax avoidance through the use of family limited partnerships (“FLP’s"). Use of FLP’s allows taxpayers to substantially leverage their exemption from estate tax, and reduce the effective rate of tax on even the most liquid investment assets. This article reviews the current state of the law in the Tax Court on FLP’s, renews the call for Congressional action, and explains why FLP’s are not just a “death tax” problem. 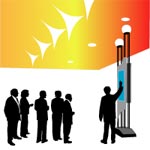 This CLE will cover the following topics:

I previously blogged about the official launch of Entrustet and the protection it offers to users’ digital assets. The two founders of Entrustet, Jesse Davis and Nathan Lustig, recently became the first people in America to incorporate their digital assets into legal wills. Attorney Nathan Dosch, who helped the two execute their wills, said that incorporating the digital assets was easy and that he’d feel comfortable doing the same thing for his current and new clients.