In tough economic times, wealthy clients may wish to provide financial help to less-fortunate family and friends.  Unlike the the federal estate tax, however, the federal gift tax has not been temporarily repealed.

According to Deborah L. Jacobs, Five Tax-Free Gifts to Family, Forbes, March 26, 2010, the following five gifts are ways wealthy clients could carry out their generous intentions without incurring a gift tax bill from Uncle Sam:

On March 24, the U.S. House of Representatives passed H.R. 4849, a bill that would change the laws relating to Grantor Retained Annuity Trusts (GRATs). I previously blogged about this bill here and here.

The following, taken from Deborah L. Jacobs, The GRAT Rush of 2010, Fin. Advisor, March 29, 2010, provides a well-written explanation of some of the changes this bill would make:

For the moment, it is possible to form what’s called a zeroed-out GRAT, in which the remainder is theoretically worth nothing so that there is no taxable gift. . . . In its March 19 report on H.R. 4849, the House Committee on Ways and Means stated, “such uses of GRATs for gift tax avoidance are inappropriate.” Without requiring a specific value for the remainder interest, the bill indicates that it must be “greater than zero.”

More drastically the House bill requires GRATs to have a term of at least ten years, compared with the current two-year minimum. This greatly accentuates what is called the “mortality risk” of a GRAT: If the grantor dies during the trust term, all or part of the trust assets will be included in her estate for estate tax purposes.

The article concludes as follows:

With Congress on Easter recess until April 12, there’s a pause in the action and time to reflect on the potentially larger significance of H.R. 4849. This may well be a sign that we are in for creeping estate tax reform, rather than a single piece of legislation. It may also be the first step toward whittling away at some really great tax deals for high net worth clients. We may soon look back on the past decade as the golden era of wealth transfer.

A petition filed in the Missouri Western District Court seeks class certification to proceed with a claim against LegalZoom for unauthorized practice of law.

The petition avers that LegalZoom, without a license to practice law, offers services normally offered by lawyers.  For example, the petition states that one class member sought and received a customized will from LegalZoom.  The class member also received information about how to modify his will and how payable on death accounts and joint property would affect his will instructions.

In addition to class certification, the petition seeks the following:

A copy of the complaint is linked here; Justia.com also provides information about the pending case.

Special thanks to Michael Knowles (J.D. Candidate 2011, Creighton University) for brining this to my attention.

The editor's synopsis is below:

Residents of Wisconsin may now register to be an organ donor online.  The website allows a prospective donor to join the state's donor registry by entering their name and driver's license number.  The website also provides an option to remove one's name from the organ donor list.

Over half of Wisconsin's population is reportedly registered as an organ donor.

Special thanks to Melinda Gustafson Gervasi (attorney, Madison, Wisconsin) for bringing this to my attention.

Exchange Your Dollars for Coins

Are you a trustee or the representative of a wealthy client looking for a good investment in a less-than-ideal economy?  Perhaps you should exchange your dollars for coins.

During the final months of 2009, a rare reeded-edge penney from 1795 sold for over one million dollars.   According to Madhusmita Bora, Keep your Change: Rare coins fetching top dollars, Walletpop, Nov. 24, 2009, collectible coins may be an alternative to riskier investments:

Apparently wealthy investors, anxious about a spiraling dollar and future inflation are bidding up prices for rare coins. They feel more secure about putting their money on these coins than investing in stocks and bonds.

Special thanks to David S. Luber (Attorney at law, Florida Probate Attorney Wills and Estates Law Firm) for bringing this to my attention. 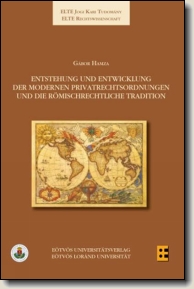 A summary of the article is below:

Mental Health Advance Directives (MHAD) have long been used for life planning in the context of debilitating mental conditions such as dementia and schizophrenia. As early detection and diagnosis of Alzheimer's disease has become increasingly more possible, Professor Brodoff argues in this Article that MHADs can be an extremely effective tool for planning for a future with Alzheimer's disease. Professor Brodoff suggests that all attorneys who assist clients with estate planning create a MHAD, particularly those clients who have been diagnosed with Alzheimer's disease and those with the disease in their families. The MHAD is designed to aid caregivers and medical professionals with determining the best methods for administering care for this individual, listing particular life values, preferred methods of care and treatment, and other life decisions, such as how to finance long-term care, when to stop driving, and how to handle future intimate relationships. Professor Brodoff argues that this will result in better care tailored to a particular individual's needs and increased patient involvement in his or her own decision making, which reduces the burden of shifting the decision making to a family member or other caregiver.

To all my readers of the Jewish faith, a very Happy Passover.