A Solution for the Shortcomings of Equitable Adoption 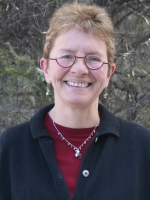 Irene Johnson (professor of law, Pace University) has posted on SSRN her article entitled A Suggested Solution to the Problem of Intestate Succession in Non-Traditional Family Arrangements – Taking the ‘Adoption’ (and the Inequity) Out of the Doctrine of ‘Equitable Adoption.'

An abstract of the article is below:

This article examines the judicially created doctrine of equitable adoption under which a child who has been raised by people who are not the child’s birth parents and who, in the traditional doctrine, had promised to adopt the child but had not done so will be permitted to inherit from the “parent” or “parents” who have raised the child if these “parents” have died intestate. After examining the traditional equitable adoption doctrine and demonstrating the several difficulties with the doctrine in terms of the theories on which it is based and the requirements imposed for finding an equitable adoption, the article proceeds to discuss the major difficulty with the doctrine – its under inclusiveness and the disproportionate impact that this under inclusiveness has on economically disadvantaged communities. The article proposes an amendment to intestate succession statutes which would permit many more children to inherit from the people who have raised them.

The article exposes an important defect with the current equitable adoption doctrine – the use of the term “adoption” to refer to a circumstance in which a legal adoption might not have been possible. The article also considers the issues of the modern family and how the equitable adoption doctrine is not responsive to the needs of members of non-traditional family arrangements, the reasons that people fail to adopt children about whom they may have promised adoption, the reasons that people die intestate rather than having a will, and the purposes to be accomplished by intestate succession statutes. The article concludes with a statutory proposal which would eliminate many of the inequities of the equitable adoption doctrine while still being consistent with the goals of intestacy statutes.

Listed below are links to weblogs that reference A Solution for the Shortcomings of Equitable Adoption: