The introduction to the article is below:

Many attorneys are asked to draft a simple Will, and most attorneys will do so because all it takes is filling out a "form"-- right?  This article is presented to give non-estate planning attorneys the traps to be wary of in preparing an estate plan.

Here are the top downloads from September 22, 2009 to November 21, 2009 from the SSRN Journal of Wills, Trusts, & Estates Law for all papers announced in the last 60 days.

Right to a Jury Trial In Texas Probate Courts?

The following is an excerpt from the article:

The Texas Constitution states that "In the trial of all causes in the District Courts, the plaintiff or defendant shall, upon application made in open court, have the right of trial by jury; but no jury shall be empanelled in a civil case unless demanded by a party to the case, and a jury fee be paid by the party demanding a jury, for such sum, and with such exceptions as may be prescribed by the Legislature."  Although this language seems expansive and comprehensive, in a probate context it is unclear whether a party has an automatic right to a jury.

The Top Earning Dead Celebrities of the Decade

Michael Jackson's third-place rank may be surprising for some considering that he has been dead for only a fraction of a decade.  Also surprising may be number ten, Bob Marley, given my recent report that unlicensed sales using Marley's name and image are estimated to be $600 million annually, while licensed sales are only a small fraction of this amount. 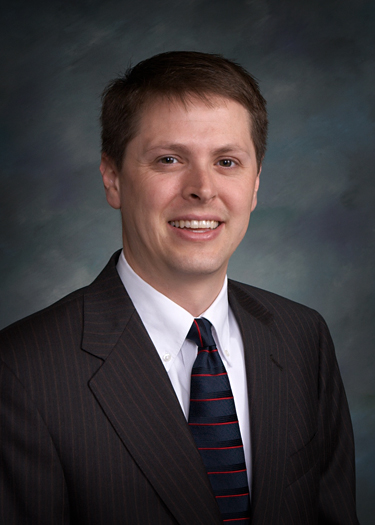 Joshua J. White has published his article entitled The Foreclosure Process in the Probate Context, The Advocate, Fall 2009, at 99.

The following is the introduction to the article:

Newscaster Lou Dobbs has reportedly accepted $8 million to terminate his contract with CNN early as a result of CNN's dissatisfaction with Dobbs' lack of reporting neutrality. From an estate planning perspective, Dobbs is increasing the size of his estate by agreeing not to work, an investment option many would likely seize.

Special thanks to David S. Luber (Attorney at law, Florida Probate Attorney Wills and Estates Law Firm) for bringing this article to my attention.

As of Nov. 17, Google Scholar began providing an online, searchable database of U.S. federal and state district, appellate, and supreme court decisions.  The database provides full text versions of the opinions, can be searched by topic, and provides links to citing and related cases.  The database appears to contain cases from 1990 forward, but a simple search located a 1969 decision from the Idaho State Supreme Court.

According to Google, "this addition to Google Scholar will empower the average citizen by helping everyone learn more about the laws that govern us all."  Google Blog, Finding the law that governs us all, Nov. 17, 2009.

Special thanks to Hani Sarji (LL.M in Tax candidate at New York Law School) for providing this information.

Passing Wealth for the First Time Can be Scary

The Financial times reports that although the current financial climate may have deceased the assets of the self-made-wealth entrepreneurs of the last decade, these newly-rich families still have enough assets to worry about.

The article claims that families with inexperience in passing on wealth want to delay inheritances by their children until their children reach their 30's and are married or in a stable relationship.  Additionally, families are educating their children on wealth at younger ages and continue to take advantage of financial bootcamps to educate their children about investment.  The bottomline, however, is that "'[p]eople want to make sure their capital doesn’t expire before they do.'”

Jurisdiction and Venue for Will and Trust Disputes in Texas

M. Keith Branyon (partner, Jackson Walker LLP) has published his article entitled Jurisdiction and Venue for Will and Trust Disputes, The Advocate, Fall 2009, at 61.

An excerpt from the article is below:

Jurisdiction and Venue in will and trust disputes are difficult areas of law, particularly due to the interplay between the Texas Probate Code ("TPC") and probate courts, on the one hand, and the Texas Trust Code ("TTC") and district courts, on the other hand.  Complicating the situation even more is the reality that courts sitting in probate differ in jurisdictional scope.  The purpose of this article is not to exhaustively cover all of the nooks and crannies of these areas of law.  Instead, the focus will be on general concepts and how courts have construed them.  As the analysis begins, it is important to remember that improper jurisdiction will always be fatal, but faulty venue is not.