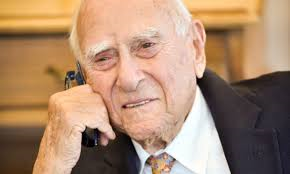 The AALS Torts and Compensation Systems Section has announced that the 2021 Prosser Award honoree is Judge Jack Weinstein.  Judge Weinstein served as a federal judge in Brooklyn for 53 years, retiring earlier this year at the age of 98.  The New York Times covered his retirement here.  John Goldberg, who clerked for Judge Weinstein in the early 1990s, has the following praise:

The bestowal of the Prosser Award on Jack B. Weinstein is an entirely fitting tribute. No one in modern American law has played a more important role in pressing lawyers, fellow judges, and law professors to reconsider the potential of tort law to contribute to a just polity. In presiding fairly and firmly over asbestos, Agent Orange, DES, and many other complex litigations, Judge Weinstein created and defined the field of mass torts. Along the way, he has provided deeply learned treatments of topics ranging from causation to punitive damages. Most importantly, everything he has done in the world of torts has been guided by an unrelenting drive to help ordinary people. To quote from a previously published tribute: “The most important things to say about [Judge Weinstein] are the most obvious. He is superhuman—learned and wise beyond measure, eternally curious, impossibly energetic, deeply compassionate, fiercely determined, and completely charming. He has also been, and still is, an extraordinary public servant. As a lawyer, government official, judge, and legal scholar, he has devoted his life to the well-being of others, especially the vulnerable. Simply put, there are precious few who can claim to have done as much, and lived as well, as Jack Weinstein.”