In Detroit, a jury awarded $40M for the death of a 26-year-old college student.  The decedent presented in the ER with signs of a pulmonary embolism and was sent home without the benefit of any tests, diagnosed with a virus.  She died the next day.  Michigan has a somewhat variable noneconomic damages cap, but the Detroit Medical Center has not yet asked for it to be applied.  The Detroit News has the story.

Meanwhile in Minneapolis, a jury has awarded $20M against a hospital for the death of a 30-year-old woman who had just given birth.  The family alleged an ER nurse ignored lab results showing the decedent had sepsis and sent her home.  The decedent returned to the hospital 12 hours later and died.  Minnesota does not have a cap.  US News has the story.

Compensatory damages are awarded to compensate the claimant for loss suffered. By contrast, punitive damages are awarded in order to punish the defendant for his or her contumelious disregard of the claimant’s rights and to deter the defendant and others like him or her from acting similarly in the future. This article summarises the results of an investigation into punitive damages (see ‘An Empirical Study of Punitive Damages’, James Goudkamp and Eleni Katsampouka (2018) Oxford Journal of Legal Studies (forthcoming)). The study, which is the first of its kind in the UK, uncovers important evidence regarding punitive damages. This evidence comports with certain widely held views regarding punitive damages and casts doubt on others.

Attorneys in the United States are under increasing pressure to change and adopt practices commonly found in the world of finance and business. Over the past thirty years the bar and legal academics have debated what to do; the focus of this debate has been over changes to MRPC 5.4 to allow partnerships between attorneys and non-lawyers or partnerships owned by non-lawyer shareholders.

One of the reasons attorneys are debating changes in Rule 5.4 is that the practice of law depends on capital, and the old methods for raising capital are no longer sufficient. Rather than raise capital from non-lawyers by partnering with them or selling equity to them, I recommend that attorneys look to their own fees as a source of capital.

I conclude that ethics committees, courts, and legal ethicists should reject the Direct Relation Test and recognize that the sale of unmatured fees is not fee-splitting.

Goldberg on the MacPherson-Hennigsen Puzzle

Victor Goldberg has posted to SSRN The MacPherson-Henningsen Puzzle.  The abstract provides:

In the landmark case of MacPherson v. Buick, an automobile company was held liable for negligence notwithstanding a lack of privity with the injured driver. Four decades later, in Henningsen v. Bloomfield Motors, the court held unconscionable the standard automobile company warranty which limited its responsibility to repair and replacement, even in a case involving physical injury. This suggests a puzzle: if it were so easy for firms to contract out of liability, did MacPherson accomplish anything?

Allen Linden has passed away at the age of 83.  A former Justice of Canada's Federal Court of Appeal, he was named Officer of the Order of Canada in 2015.  Moreover, he was a distinguished torts professor who continued to teach the subject during his judicial duties.  Linden studied with William Prosser at Berkeley, and became one of Canada's most-respected torts professors, teaching primarily at Osgoode Hall Law School.  In the 1960s, he authored a study on compensation for automobile accidents which led to the adoption of a no-fault plan in Ontario in 1969.  I never had the honor of meeting him, but I have heard numerous friends speak of him in glowing terms.  Rest in peace.  An obituary is here.

Geisinger is settling a med mal case, in which one of its patients died, for $4.5 million.  The proceeds will be paid to the patient's wife of 48 years.  Details of the alleged negligence are not available, and no one is commenting about the case:

Court documents say the parties entered into settlement negotiations that lasted several months, ultimately agreeing to the multi-million dollar sum in recent weeks. The settlement, court documents say, will be paid out in two installments: an initial $3.5 million due within 20 days and another $1 million payable by Dec. 31.

The Wilkes Barre Times-Leader has the story.

Dyson on Risk-Reasoning in Tort

Matthew Dyson has posted to SSRN What Does Risk-Reasoning Do in Tort Law?.  The abstract provides:

This chapter is a draft of the conclusion to an edited collection on how private law (particularly tort law) conceives of risk, generates liability from risk and seeks to use liability to control risk. It is made up for 18 substantive chapters, two each from England, France, Sweden, Italy, Spain, the Netherlands, Chile, South Africa and Brazil. The volume will be published later in 2017 by Intersentia. This chapter sets out the main findings from the volume, analyses them comparatively, and shows what risk-reasoning does within tort law.

Sharkey on Data Breach Claims and the Economic Loss Rule

Data security breach cases are fertile ground to explore the impact of the economic loss rule and to challenge the conceptual underpinnings of this judge-made doctrine. The extent to which the economic loss rule serves as a formidable barrier to credit card data security breach cases depends upon the underlying state law; in particular, whether a state adopts the majority or minority position on the rule, as well as how it defines various exceptions thereto. Upon closer examination, it becomes clear that the rule operates in a fundamentally distinct manner in the “stranger paradigm” as compared to the “contracting parties paradigm.” What makes the credit card data security breach cases so vexing is that they often straddle the stranger/contracting parties paradigms. The credit card data breach cases can be reframed in a coherent way that defers to contractual allocation of risk and responsibility but nonetheless allows tort liability to be deployed when needed to ensure the internalization of third-party costs. Seen from a broader regulatory perspective — especially taking into account state statutory provisions relating to enforcement of private industry standards in the credit card arena — the economic loss rule functions as a boundary-policing doctrine between tort and regulation as alternative mechanisms to regulate private parties. Moreover, as a more robust third-party liability insurance market emerges in response to a greater threat of tort liability, insurers will engage in further risk management, exerting more potent regulatory control.

According to Rule 1, the FRCP ‘govern the procedure in all civil actions and proceedings in the United States district courts.’    It is widely known, however, that the FRCP do not govern key elements of procedure in many MDL cases, which now constitute 45 percent of the federal docket.   The reason is straightforward: the FRCP no longer provide practical presumptive procedures in MDL cases, so judges and parties are improvising.  A solution is needed, and LCJ is urging the Civil Rules Advisory Committee to undertake an effort to remedy this situation by bringing MDL cases back within the existing and well-proven structure of the FRCP.  While some ad hoc procedures have more merit than others, they all share the same lack of transparency, uniformity and predictability.  Many common practices also cause an unbalanced litigation environment by failing to provide protections inherent in the FRCP. 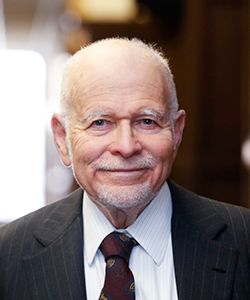 The AALS Section on Torts and Compensation Systems is pleased to announce that the recipient of the 2018 William L. Prosser Award is Marshall S. Shapo, the Frederic P. Vose Professor of Law at the Northwestern Pritzker School of Law.

The Prosser Award recognizes outstanding contributions in scholarship, teaching and service related to tort law. Nominations are made by fellow tort scholars, and the recipient is selected by the two most-recent Prosser Award winners and the immediate past Chair of the AALS Torts Section, with approval of the Torts Section Executive Committee. Professor Shapo's award, and his many contributions to tort law, will be recognized at the Torts Section meeting at the AALS Annual Meeting in San Diego, at 1:30 pm on Friday, January 5th, 2018.

Southwestern Law School is hosting a symposium on January 26, 2018 entitled "Fake News and Weaponized Defamation Global Perspectives".  Abstract are due on September 25, 2017 and final papers are due January 5, 2018.  Information is available here:   Download Call for Papers - email (3)

The continuing problems of data breaches, data misuse, and the consequent failure of current laws to adequately deal with these problems is widely acknowledged. In this article, I provide an overview of the regulatory enforcement and information disclosure strategies for addressing the problem before turning to the main theme of the paper: An assessment of the pathways available through tort remedies.

James Henderson has posted to SSRN The Impropriety of Punitive Damages in Mass Torts.  The abstract provides:

Punitive damages have been around for centuries in classic one-on-one tort actions and are here to stay. Mass torts, of more recent origin and not without difficulties, have matured to the point that this article is comfortable referring to most of them as traditional. Notwithstanding the legitimacy of both institutions when employed separately, loud warning signals should sound when, as with drinking and driving, they are combined. Potentially destructive mixes of punitive damages and mass torts have, unfortunately, been prevalent in traditional, fault-based mass tort actions. The difficulties are mostly administrative. Although punitive damages are conceptually compatible with fault-based mass torts, courts administer punitive awards in ways that are so capricious as to generate gross unfairness and inefficiency. And if for that reason the warning signals should be loud in connection with punitive awards in traditional mass torts, they should be downright deafening if and when courts consider awarding punitives in what this article refers to as emerging, nontraditional, enterprise-liability-based forms of mass tort.

Given that these serious difficulties cannot be eliminated by marginal reforms, this article argues that punitive damages are manifestly inappropriate in, and must be eliminated from, all forms of mass tort. Of course, a broad proscription would require courts to overrule precedent in connection with traditional mass torts, and this article explains how this could be accomplished. By contrast, such a proscription would come early enough in the development of emerging forms of mass tort to nip punitive awards in the bud without the need to overrule longstanding precedent. Thus, if courts are going to eliminate punitive awards in mass torts, now is the time for them to act.

Martha Chamallas and Lucinda Finley are co-editors of the torts volume of Cambridge University Press's Feminist Judgments series.  The series involves rewriting legal opinions as if the judge were writing from a feminist perspective.  They are seeking authors for both rewritten opinions and commentaries on key cases regarding most facets of tort law.   The editors have identified approximately 16 relevant cases for discussion.  The deadline to express interest is August 25th.  Deadlines for the final product are in March 2018 for the opinions and April 2018 for the commentaries.  More information is available here:   Download Call for Authors Feminist Torts Judgments

PA: Med Mal Insurer Threatens to Sue if State Uses Its Money to Plug a Deficit

Like many states, Pennsylvania is facing a budget deficit.  The legislature has gotten increasingly creative in finding ways to balance the budget.  Years ago, the Pennsylvania Professional Liability Joint Underwriting Association was created by state law to provide med mal insurance.  Now it has $200M that a Senate bill is requesting; if the money is not given to the state by November 1st, the Senate bill would abolish the Association.  The Association has threatened to sue if the state moves forward; the bill is pending in the House.  The San Francisco Chronicle has details.