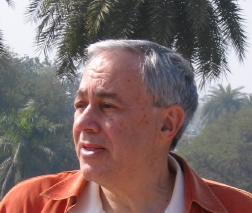 The AALS Section on Torts and Compensation Systems is pleased to announce that the recipient of the 2017 William L. Prosser Award is Stephen Sugarman, Roger J. Traynor Professor of Law at the University of California, Berkeley School of Law.

The Prosser Award recognizes outstanding contributions in scholarship, teaching and service related to tort law. Nominations are made by fellow tort scholars, and the recipient is selected by former Prosser Award winners and former chairs of the AALS Torts Section, with approval of the Torts Section Executive Committee. Professor Sugarman’s award, and his many contributions to tort law, will be recognized at the Torts Section meeting at the AALS Annual Meeting in San Francisco, at 1:30 pm on Friday, January 6th, 2017.