Gifford on Maryland's Retention of Contrib

Don Gifford (Maryland) reacts to the Court of Appeals of Maryland's decision to retain contrib in the Maryland Law Review's Endnotes.  The piece (pdf) is here.

Joseph Nixon and the Texas Policy Foundation have posted  "Ten Years of Tort Reform in Texas: A Review." The abstract provides:

Ten years of tort reform have provided greater access to health care and helped make Texas the nation’s leading job producer. Indeed, by recognizing the causal connection between economic prosperity and efficient, fair courts, the Texas legislature passed and Governor Rick Perry signed House Bill 4 (HB4)—powerful tort reform legislation that is the foundation of the Texas economic miracle. Yet, despite the awesome economic growth and increased access to health care triggered by HB4, members of the trial bar are still working to overturn this reform. While Texans should stand their ground and rebuff efforts to undo HB4’s successful tort reforms, all Americans should take notice of Texas’s remarkable transformation and look to enact similar reforms in their own states.

More on the MICRA Ballot Measure

In 1975, California enacted one of the most influential tort reforms (MICRA), and it included a $250,000 cap on noneconomic damages in med mal cases.  The cap was not indexed to inflation and has remained in place for nearly 40 years.  There is a movement to get a measure on the 2014 ballot to raise the cap.  Starting in September, proponents will attempt to collect the 400,000 signatures of registered voters needed to get the measure on the ballot.  KPBS has details.

In a recent symposium issue published by the Indiana Law Journal, Professors John C. P. Goldberg and Benjamin C. Zipursky provide a spirited defense of their theory of civil recourse, which sees the tort system exclusively as a means of empowering victims of wrongs. This essay assails that defense, finding it curiously defenseless in two related respects. First and most obviously, civil recourse theory lacks any meaningful explanation of the defensive rights at play within the tort system. Second and more importantly, Goldberg & Zipursky’s theory is inescapably indefensible because it cannot cure this omission without simultaneously self-destructing. When recourse meets defense, it is transformed into competition. This competitive framework precludes the antithetical enablement interpretation of civil recourse. By counterbalancing rights, tort does not take sides. It mediates and moderates the parties’ polar positions.

Goldberg & Zipursky misunderstand this unique human institution because they completely disregard human nature. People possess a conflicted mix of instinct and rationality mediated by a constant yearning for reconciliation and balance. This triune nature permeates our cultural artifacts, including our laws. Indeed, as this essay will show, it accounts for much of the history, substance, and structure of the tort system. Though broadly drawn, this extraordinary consonance bears further investigation. But to discover tort’s inner truth, we cannot continue searching with blinkered perspectives like civil recourse theory. Instead, we must open our eyes to the law’s deepest foundations.

The Litchfield County Times (CT) has an article about Ralph Nader's plans for a tort museum in the small town of Winfield, Connecticut (Nader's hometown).  Nader has been discussing building the "American Museum of Tort Law" in his home town since the 1990s.   He recently purchased the former Winsted Savings Bank building for the musuem, and renovations are scheduled to begin in August.  Nader states that he plans to have the museum open within the next two years.

Oklahoma Governor Mary Fallin is deciding whether to call the legislature into special session in response to the Oklahoma Supreme Court's decision that a 2009 tort reform law was unconstitutional on the grounds it contained more than one subject.  OklahomaWatchdog.org has an overview.  The Enid News and Eagle has an opinion piece opposing a special session because of its costs to the taxpayers.

Mark Geistfeld (NYU) has posted to pieces to SSRN.  First up is The Coherence of Compensation-Deterrence Theory in Tort Law, and the abstract provides:

Next is Fault Lines in the Positive Economic Analysis of Tort Law, and the abstract provides:

Economists routinely engage in positive analysis to identify the efficiency properties of a practice without expressly taking any position on the normative question of whether the practice should be conducted in an efficient manner. Unlike positive economic analysis, the positive economic analysis of tort law is tied to a particular form of normative judgment. Because there is no consensus about the normative purpose of tort law, one must engage in an interpretive exercise in order to figure out the substantive rationale for tort liability. There is widespread agreement that any viable legal interpretation must first offer a minimally plausible description of the important doctrines and practices comprising the body of law in question. This question of “fit” is addressed by the positive economic analysis of tort law, making it necessarily relevant to legal interpretation. A number of critics have questioned the descriptive power of efficiency analysis, arguing that positive economic analysis cannot persuasively explain the bilateral structure of tort liability, the substantive content of important liability rules, and the form of judicial reasoning in tort cases. In this book chapter I show that the structure of tort liability does not pose a challenge to the efficiency interpretation; that challenge instead resides in the substantive content of the negligence rule and the form of judicial reasoning in negligence cases. Economic analysts have been studying a version of the negligence rule that fundamentally differs from the rule actually applied by courts. A positive analysis of the correct rule strengthens the efficiency properties of negligence liability vis-à-vis strict liability, thereby tightening the fit between allocative efficiency and the practice of tort law, but a more complete analysis of the negligence rule substantially undermines the positive claim that tort law can be plausibly interpreted as furthering a norm of allocative efficiency.

The National Law Journal reports that a former Cincinatti Bengals cheerleader has won over $300,000 in damages in her libel suit against a website operator based on a third-party's posts on the site.

The full story is behind a free registration wall.

Thanks to Lisa Smith-Butler for the alert.

Professor Kathleen F. Brickey, the James Carr Professor of Criminal Jurisprudence at Washington University in St. Louis, passed away on June 19, 2013.  Professor Brickey was a giant in the field of white collar crime, authoring one of the first case books in the area, and studying the field long before Enron, Arthur Anderson, etc., made it popular.  She similarly broke ground with her environmental law case book, the first law school text book dedicated to the study of environmental law.

I worked as Professor Brickey's reasearch assistant from my 1L summer through graduation.  She inspired me to join the academy, and was a constant mentor.   She will be deeply missed.

The AP reports that Penn State's Board of Trustees has approved settlement agreements with the child abuse victims of former assistant football coach Jerry Sandusky.   Penn State will release the total amount of the individual settlements at a later date.  Over 30 claims have been presented.  The full story is here.

Over at JOTWELL, Martha Chamallas reviews Elizabeth Porter's Tort Liability in the Age of the Helicopter Parent.

Turkewitz on Perjury in PI Cases

Over at New York Personal Injury Law Blog, Eric Turkewitz has a series on perjury in PI cases:  post 1, post 2, post 3.  There have been stories in the past about fraud by plaintiffs; this series is about fraud on behalf of defendants.

In an opinion that was just released, the Maryland Court of Appeals retained contributory negligence.

For those of you who follow Alberto Bernabe's Professional Responsibility blog, Alberto asked me to let you know that if you want to continue to get the updates by e-mail you will need to subscribe again.  Last night the "feed" that automatically generates the e-mail updates stopped sending e-mails to registered users.  Please take a moment to visit his blog and sign up again for the e-mail update.   If you have any questions or concerns please feel free to e-mail Alberto directly at abernabe@jmls.edu.

The “lawyer lending” industry — comprised of lenders who extend capital to plaintiffs’ lawyers to finance personal injury litigation — has blossomed. This industry has taken off, at least in part, because attorneys are permitted to deduct interest on these loans from client recoveries as an additional “expense” of litigation. The cost of the burgeoning lawyer lending industry is, thus, in large measure, borne by clients. This Article asks whether personal injury attorneys who choose to take out loans to cover case costs and litigation expenses ought to be allowed to offload associated interest charges. The Article shows this question is important in its own right — with profound implications for the quantity and intensity of tort litigation. And the question is also an ideal point of entrée to identify, and begin to remedy, broader deficiencies in three strands of current legal analysis. Examining the propriety of interest pass-throughs first highlights the importance of litigation costs — and the inter-connectivity of costs and contingency fees — a topic that has suffered from too little investment in research. Second, by separately considering just lawyer lending, (rather than all third-party funding mechanisms simultaneously), and by studying a mechanism’s on-the-ground operation, (rather than just its birds-eye-view impact), the Article attempts to lead by example to reorient future Alternative Litigation Finance scholarship. Third, the Article underscores the need to push past bare formalism, and it sketches an alternative theoretical framework that can be employed when confronting certain ethical issues going forward. 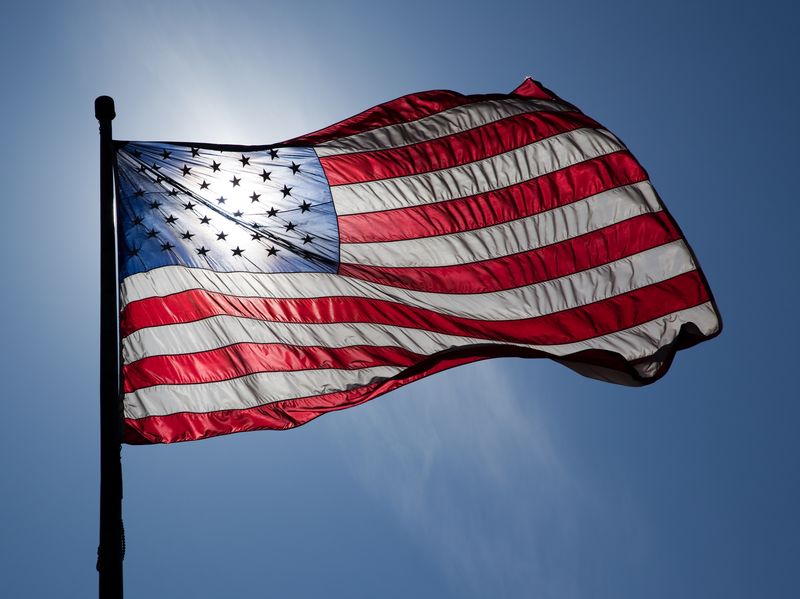 Culhane on Bullying and Litigation

John Culhane (Widener) has posted to SSRN Bullying, Litigation, and Populations:  The Limited Effect of Title IX.  The abstract provides:

During the past few years, the problem of school bullying has gained national prominence. Scholars, policy-makers, and media outlets have belatedly begun to address the long-term physical consequences of bullying for children, as well as the corrosive effect of this destructive conduct on the learning environment. Because the problem is complex and multi-factored, however, solutions remain elusive.

This article examines and compares two approaches to dealing with bullying. First, litigation is considered as a way of responding to the most serious cases. Suing school districts that allow bullying to go unchecked can be helpful: victims are often entitled to compensation, officials in other school districts can be deterred by news of liability against other schools, and the ability to have one’s story heard in court can be a powerful balm in some cases. Yet litigation has substantial limitations. It is only an option in a small number of cases involving the most serious harms, but most bullying does not result in that level of injury. And even where settlements compel a student to create antibullying initiatives, often the resulting programs are designed to avoid litigation rather than to address the deeper issues that cause bullying in the first place.

With the limitations of a litigation strategy thus described, the article moves on to consider how a public health approach can lead to better outcomes. Public health takes account of all affected populations, and is committed to an evidence-based model of problem-solving. The article examines state laws and policies for fit with sound public health principles, and provides analysis of how these initiatives might result in an overall reduction in the incidence and prevalence of bullying.

One of the medical malpractice reforms recently adopted in Florida allows lawyers for health care providers in med mal claims to collect information on private conversations between patients and other health care providers without the patient's consent.  Five lawsuits filed yesterday challenge the reform on the grounds that it violates both the state constitution and federal law (HIPAA).  The Miami Herald blog has details.