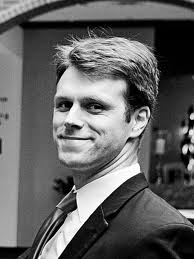 Max Kennerly has successfully represented a wide variety of injured clients, from the parents of an 18-year-old who needlessly died during liposuction (a case that required a five week trial in 2008, resulting in a $20.5 million jury verdict, including the largest punitive damages ever awarded in a Pennsylvania medical malpractice case), to a baby boy injured at birth by a hospital that refused to perform a c-section for hours and so developed cerebral palsy, to the estate of a 19-year-old woman killed by a fatigued truck driver who was encouraged by his employer to fabricate his log book so he could spend more hours on the road. Max has also successfully represented a number of individuals and businesses with financial damages, including a homeowner whose mortgage company failed to properly search the title of her home and a small electronics business defrauded by a wealthy former contractor. As of 2012, in addition to his personal injury and medical malpractice work, he represents dozens of clients with product liability lawsuits arising from the Actos, Pradaxa, and implanted mesh erosions litigations.

The law isn’t just a job for Max, it’s a profession, and he devotes substantial time and energy to pro bono efforts and to educating lawyers and non-lawyers about the law. Max has several times appeared on the Philadelphia Court’s Pro Bono Honor Roll for his volunteer service. One of his passions is writing, and so he spends a lot of time informing the public about the law on his Litigation & Trial blog and through contributions to non-legal publications such as Emergency Physicians Monthly, where he debated a physician about malpractice issues, and NYC Aviation, where he discussed the Reno Air Races disaster. He has been referenced as a legal analyst in publications like The New York Times, The Atlantic and Business Insider. Most recently, he was quoted by the Philadelphia Daily News / WHYY’s ”It’s Our Money” project discussing Occupy Philadelphia, cited by Vanity Fair discussing the Facebook ownership lawsuit from The Social Network, and quoted by Reuters news discussing the Penn State child abuse scandal.

Within the law, Max was selected by his peers to be included in Super Lawyers magazine as a Pennsylvania Rising Star. He has also taught Continuing Legal Education seminars for the Pennsylvania Bar Institute,  has contributed to legal publications such as The Jury Expert, and has been quoted by publications like Inhouse Counsel and the American Association for Justice’s Trial magazine.

Max also wrote one legal book with Jim Beasley, Jr., a guide for civil lawyers in Pennsylvania, that was published earlier this year, and is working on another one (also with Jim) for civil lawyers nationwide, due in another two years.

Max graduated from Yale University with Honors in History and from the Beasley School of Law at Temple University as a Law Faculty Scholar and a member of the Rubin Public Interest Society. At Yale he wrote an award-winning paper on the history of the Federal Reserve. At Temple Law he was a Teaching Assistant in Constitutional Law for Dean Robert Reinstein and a clerk in the Federal Court Clerkship Clinical program.