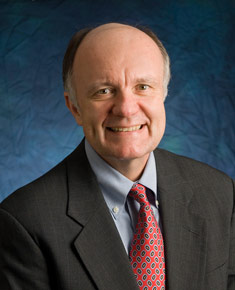 Thomas C. Galligan Jr. is the president of Colby-Sawyer College. He previously served as dean and professor of law at the University of Tennessee College of Law in Knoxville, Tenn., where he also taught Torts and Admiralty.  From 1986 until May 1998, President Galligan taught at the Paul M. Hebert Law Center at Louisiana State University (LSU). At LSU, Galligan was named the Dr. Dale E. Bennett Professor of Law and was honored by the students as the Outstanding LSU Professor six times.  President Galligan has published numerous books and articles on torts and admiralty. His scholarship has been cited in the proposed Restatement (Third) of Torts and by numerous legal scholars. It also has been cited by the United States Supreme Court and other federal and state appellate and trial courts. He has also testified on admiralty issues before committees of the U.S. House and Senate.

Listed below are links to weblogs that reference Monday's Guest Blogger: Tom Galligan: