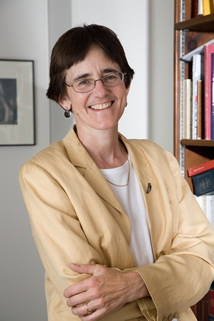 Jennifer B. Wriggins is the Sumner T. Bernstein Professor of Law and the Associate Dean for Research at the University of Maine School of Law.  Professor Wriggins specializes in Torts, Insurance Law, and Family Law. Upon receiving her J.D., Professor Wriggins served as Clerk to Hon. Edward T. Gignoux, U.S. District Judge in Portland, Maine. She was a Visiting Professor at Harvard Law School and Boston University School of Law in Spring 2005. Her book, "The Measure of Injury: Race, Gender, and Tort Law" (NYU Press 2010, co-authored with Professor Martha Chamallas of Ohio State University) will be published in Spring 2010. She is the 2006 recipient of the USM Faculty Senate award for excellence in teaching. She was appointed Associate Dean for Research in May 2009. She has published articles in the areas of torts, insurance, and family law, with a focus on race and gender. In October 2008, her research was cited in James McMillen v. The City of New York which held that use of race-based life expectancy tables was unconstitutional. Her articles are frequently cited and excerpted in books.

Listed below are links to weblogs that reference Monday's Guest Blogger: Jennifer Wriggins: