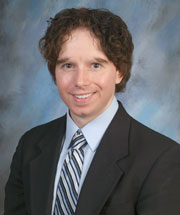 Michael McCann is an Associate Professor of Law at Vermont Law School, where he teaches sports law, antitrust, torts, and sales.  He also teaches a sports law reading group at Yale Law School.

McCann is also a Legal Analyst for Sports Illustrated and the “Sports and the Law” Columnist on SI.com.  He has received recognition from The American Lawyer and the Newhouse School of Public Communications for excellence in journalism.

McCann is also Co-Founder of the Harvard Law School Project on Law and Mind Sciences and the Distinguished Visiting Hall of Fame Professor of Law at Mississippi College School of Law, where he was an Assistant Professor of Law between 2005 and 2008 and where he now teaches a sports law class every summer. During his three-year tenure at Mississippi, Professor McCann received the school's most prestigious teaching awards, including the Professor of the Year Award in 2007 and 2008 and the Shirley Norwood Jones Faculty Award, also in 2008.

In the fall of 2008, McCann was a Visiting Associate Professor of Law at Boston College Law School, where he taught sports law and administrative law, and served as Chair of the AALS Section on Sports and the Law.

McCann has placed scholarly pieces in the Yale Law Journal, Wisconsin Law Review, and the Connecticut Law Review, among other publications. His most recent article is American Needle v. NFL: An Opportunity to Reshape Sports Law, 119 YALE LAW JOURNAL 726 (2010).

Prior to becoming a law professor, McCann served as counsel to college football star Maurice Clarett in his lawsuit against the National Football League and its age eligibility rule. He also served as a Visiting Researcher at Harvard Law School and Legal Counsel to U.S. Congressman Marty Meehan.

Listed below are links to weblogs that reference Introducing Guest Blogger Michael McCann: