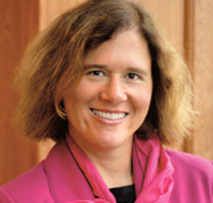 Monday's guest blogger is Anita Bernstein.  Bernstein is the Anita and Stuart Subotnick Professor of Law at Brooklyn Law School, where she currrently teaches Torts, Marriage and the Law, and The Legal Profession.

Bernstein is a prolific author whose work includes several books on marriage and torts, including Marriage Proposals: Questioning a Legal Status (2006), Torts: Questions and Answers (2004) (co-author with David Leonard), and A Products Liability Anthology (ed.)  (1995).  Bernstein's awards include the first Fulbright scholarship in European Union affairs given to a law professor. She is a member of the American Law Institute and a past chair of the Association of American Law Schools Executive Committee on Torts and Compensation Systems.

Listed below are links to weblogs that reference Introducing Guest Blogger Anita Bernstein: