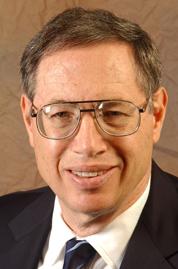 Monday's guest blogger is Richard Epstein.  Epstein is the James Parker Hall Distinguished Service Professor of Law at the University of Chicago, where he currently teaches Roman Law and Torts.    He has also been the Peter and Kirstin Bedford Senior Fellow at the Hoover Institution since 2000.

He received an LLD, hc, from the University of Ghent, in 2003. He has been a member of the American Academy of Arts and Sciences since 1985 and a Senior Fellow of the Center for Clinical Medical Ethics at the University of Chicago Medical School, also since 1983. He served as editor of the Journal of Legal Studies from 1981 to 1991, and of the Journal of Law and Economics from 1991 to 2001. At present, he is a director of the John M. Olin Program in Law and Economics.

Listed below are links to weblogs that reference Introducing Guest Blogger Richard Epstein :