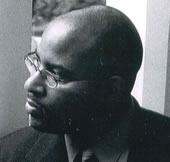 Adam F. Scales is an Associate Professor of Law at Washington & Lee University School of Law.  He graduated, Phi Beta Kappa, with a B.A. from the University of Massachusetts in 1991 and received his J.D. from the University of Michigan in 1993.  Professor Scales was admitted to practice in Minnesota; he served as an associate at Faegre & Benson in Minneapolis during 1994-95.  He was a law clerk to Judge Michael J. Davis and Judge David S. Doty at the U.S. District Court for the District of Minnesota in 1996.  In 1996-97, he clerked for Judge Robert G. Renner, Senior U.S. District Judge for the District of Minnesota. Professor Scales began his career in the academy as Assistant Professor of Law, Washington & Lee University in 1997, a position he held until he was promoted to Associate Professor in 2003.  He has served as Visiting Professor of Law at the University of Connecticut School of Law, as well as Chair of the Association of American Law Schools Section on Insurance Law.

Professor Scales's scholarship focuses on insurance law.  He has been a national commentator on topics such as a market in tort claims, insurance litigation in the wake of Hurricane Katrina, the settlement of the Virginia Tech massacre claims, and the crash of AIG.

Listed below are links to weblogs that reference Monday's Guest Blogger: Adam Scales: