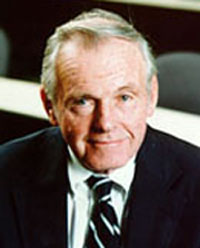 Our first guest blogger is the University of Virginia's Jeffrey O'Connell, co-author of the principal work that proposed no-fault insurance.

After O'Connell graduated from Harvard Law School, he was a trial lawyer in Boston with the firm of Hale & Dorr. He began teaching at Virginia in 1980 after 16 years at the University of Illinois. He also has taught at the University of Iowa and has been a visiting professor at Northwestern, the University of Michigan, Southern Methodist University, the University of Texas at Austin, the University of Washington, and Oxford and Cambridge universities in England. He was the recipient of Guggenheim fellowships in 1973 and 1979. In 1989 he was the Thomas Jefferson Visiting Fellow at Downing College, Cambridge University and, in 1991, the John Marshall Harlan Visiting Distinguished Professor at New York Law School. In 1992 he received the Robert B. McKay Award for Tort and Insurance Scholarship from the American Bar Association.  In 1999, The American Lawyer listed O'Connell as likely to be viewed as one of "the Lawyers of the Century" based on his work reforming tort law.

O'Connell has served on the board of directors of Consumers Union, the Educational Advisory Board of the John Simon Guggenheim Memorial Foundation, and the Medical and Safety Committee of the NCAA.
Since 1966 he has written or co-written 12 books dealing with accident law, published dozens of articles on tort and insurance law, and lectured extensively throughout the United States and the world.

On a personal note, Jeffrey was my Torts professor and I served as his research assistant.  Although Torts professors are familiar with his voluminous scholarship (in a recent book review, future guest blogger Adam Scales called him "indefatigable"), I can attest that he's a virtuoso classroom teacher as well.  His post is entitled "Tort Liability as Social Insurance," and he attaches a 35-page paper to expand on the theme (indefatigable indeed!).

Listed below are links to weblogs that reference Monday's Guest Blogger: Jeffrey O'Connell: