By all accounts Dutee Chand is a running star likely to win a gold medal for India in the Rio Olympics.  But along the way, she was been subjected to a litany of questions aimed at ascertaining her "true gender."

Like other female athletes before her who know nothing about testosterone levels or "abnormal" sexual development, Chand has been subjected to repeated doubts about her gender, to the extent that authorities in India demanded a "gender verification test" so that she would not be an embarrassment to Indian athletics.  The gender verification test proved highly invasive and even mortifying.  It was an evaluation of testosterone levels and included "measuring and palpating the clitoris, vagina and labia, as well as evaluating breast size and pubic hair scored on an illustrated five-grade scale."  The results showed levels that were too high, and Chand was barred from racing.  She was accused in the press of being a boy, a hermaphrodite and a transsexual.

Refusing to be cowed, Chand sued the International Olympic Committee for discrimination based on atypical sex development.  The IOC has a sordid past of questioning whether women who excelled in athletics were actually male.  Decades of suspicion that countries have been passing men off as women have led the IOC to develop protocols for verifying gender.  But the chromosome test it preferred and the "hyperandrogenism" test that replaced it were flawed: they could not identify the women whose elevated levels of testosterone were actually of benefit in athletic competition.  Still, the IOC claims it must protect female athletes from having “to compete against athletes with hormone-related performance advantages commonly associated with men.”  Nonetheless, there is absolutely no hand-wringing over elevated testosterone levels in men, and no attempt is made to argue that they would give anyone an athletic advantage.  Moreover, a number of physiological differences that offer specific competitive advantages--increased aerobic capacity, resistance to fatigue, exceptionally long limbs, flexible joints, large hands and feet and increased numbers of fast-twitch muscle fibers--remain completely unregulated, to say nothing of the socio-economic advantages that so many athletes bring to competition.

Last July, the Court of Arbitration for Sport disapproved of the IOC's testing women athletes for testosterone.  In the court's estimation, the degree of advantage provided by naturally occurring testosterone is no more significant than is more significant "than the advantage derived from the numerous other variables which the parties acknowledge also affect female athletic performance: for example, nutrition, access to specialist training facilities and coaching and other genetic and biological variations.”

The Importance of Birth Control to Women's Olympic Success

The Huffington Post - The Blog: Olympic Champions and Birth Control, by Laura Stepp:

I just returned from the summer Olympics wishing this: If only a female U.S. medalist had appeared on TV and said, "I want to thank Mom, Dad, my coach... and my IUD."

For Many Women, Sexist Ads Take the Fun out of Watching the Superbowl

OK, so I was quite depressed by all the sexist advertising during the Super Bowl, but I felt a little cheerier today knowing that I was in good company:

Superbowl 46 was yesterday, and the Giants won, and someone has really small hands, and that’s pretty much where my football expertise ends. But I did watch a number of the commercials, because – and this is a sign that American capitalism is alive and well and not at any risk of being overcome by President Obama’s Kenyan socialism – the ads are almost as big a deal as the game itself.

If you were on Twitter during the game, you might have noticed the hashtag #NotBuyingIt, which was started by Miss Representation and designed to critique the depiction of women in these very expensive, very widely-viewed ads. As Maya noted at MoJo, “women make up about half of the Super Bowl’s audience and they’re more likely than men to tune in for the ads, rather than the game.” Yet, Superbowl advertisers have no problem insulting women in their ads, and they “do an especially good job of missing the point by acting as though dudes are the only ones watching.” . . .

Here’s the basic message of Teleflora’s Super Bowl commercial, starring noted model and Victoria’s Secret Angel Adriana Lima: Dudes, if you buy your lady friend flowers for Valentine’s Day, she’ll basically have no choice but to touch your genitals.

The New York Times: Judging the Super Bowl Commercials, From Charming to Smarmy, by Stuart Elliott:

SOME say, “Enough is enough.” Others say, “Too much is never enough.” When it came to the advertising bowl that took place inside Super Bowl XLVI on Sunday, enough was too much. . . .

Yes, sad to say, once again GoDaddy served up stale cheesecake in the form of two commercials that exploited women in the guise of empowerment. A similarly smarmy tone suffused spots for Teleflora, in which the model Adriana Lima told men, “Valentine’s Day is not that complicated. Give and you shall receive” . . . .

Randall Terry, the anti-abortion activist who announced last year that he would challenge Obama for the Democratic presidential nomination, has resurfaced with a bigger platform to get his message out.

Terry is known for his gruesome ads featuring what look to be aborted fetuses, which have already hit the air in Iowa, and now they are coming to the Super Bowl if he can raise the funds. Television stations and affiliates are normally allowed to block indecent content, but Terry is exploiting an FCC loophole that prevents censorship of political ads within 45 days of a presidential primary or caucus. Christian News Wire reports that the ads will air in 40 markets whose primaries fall in that window after Super Bowl Sunday, Feb. 5--should Terry get sufficient response from his fund-raising appeals. . . .

In Dallas, Surge in Sex Trafficking Expected as Fans Gather for Super Bowl

While football fans are eagerly anticipating the Feb. 6 Super Bowl showdown in Dallas, some state officials are gearing up for the big game’s dark side: the surge in human trafficking that tends to accompany major sports and entertainment events. “What we’ve learned is that sexual trafficking, sexual exploitation of children in particular, is all about supply and demand,” says Ernie Allen, president of the National Center for Missing & Exploited Children. With more than 100,000 fans descending on Dallas, that demand is going to be great. There is a “looming potential explosion of human trafficking around the Super Bowl,” says Texas Attorney General Greg Abbott, who is expecting hundreds of girls and women to be brought to the area. . . .

Caster Semenya's life changed because of eight seconds. It took 11 months before she could start to piece it back together.

In August 2009, the South African runner won the 800-meter world championship in 1:55:45. Immediately following the race, Semenya was forced to skip the postrace news conference and ushered out of the stadium.

A representative from the International Association of Athletics Federations, track and field's world governing body, took her place at the podium and explained that an eight-second improvement from her time at a race several weeks prior had triggered an investigation. The investigation included sex determination testing to confirm Semenya's eligibility to race as a woman. . . . 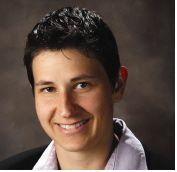 Educators have long recognized the physical, psychological, social, and educational benefits that sport provides to students. Yet today, the barriers to athletic participation that exclude the increasingly visible population of transgender students are largely ignored. With a few notable exceptions, most governing bodies of scholastic and collegiate sports have yet to meaningfully consider how to incorporate transgender students into the existing athletic structure, which for the most part divides male and female athletes into separate programs. Many athletes and sport organizers assume that transgender athletes have an unfair advantage when they compete in sports consistent with their gender identity, whether due to residual, natural physical traits associated with their natal sex (in the case of male-born, female-identified athletes), or with the hormone therapy transition (in the case of female-born, male-identified athletes). At the same time, transgender students may be excluded, discouraged, or simply feel uncomfortable participating in athletics programs that match the sex of their birth but which are inconsistent with their gender identity and gender expression. As a result, for students whose gender identity is inconsistent with their natal sex, the entire sex-segregated world of athletics may be formally or effectively off limits.

A few associations of educational institutions have responded to this problem by adopting policies governing transgender athlete participation. After describing, contrasting, and evaluating these policies, this Article concludes that the best policies are those that, as a general rule, allow athletes to participate in sex-segregated sport in a manner consistent with their gender identity rather than their natal sex. In support of this conclusion, this paper will show that neither law nor science gives clear, dispositive guidance to policymakers seeking to balance the right of transgender athletes to participate with the perceived fairness concerns related to their cross-sex participation. Thus, educational considerations should play a primary role in creating participation policies. These considerations include the physical, academic, and socio-emotional benefits to individual athletes as well as the value that diversity brings to teams, schools, and communities. To best serve these goals, which educators claim as the basis for educationally-supported athletics in the first place, policies governing secondary school and college athletics should allow athletes to participate in a manner consistent with their genuine gender identity. Any exceptions or limitations to this default rule must be made with educational values in mind, and must be narrowly tailored to demonstrable, concrete concerns about fairness.