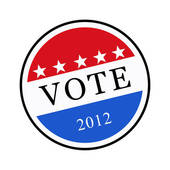 Two of the nation's leading anti-abortion-rights groups rallied behind Mitt Romney on Thursday following the exit of Rick Santorum from the presidential race.

The Susan B. Anthony (SBA) List and the National Right to Life Committee (NRLC) both endorsed Romney's candidacy, burnishing the former governor's credentials with conservatives. SBA had previously endorsed Santorum, while the NRLC had taken a wait-and-see approach out of fear of weakening the eventual nominee.

Romney supported abortion rights during his 2002 campaign for governor, but has worked to convince Republicans he had a genuine change of heart in 2004. . . .

Listed below are links to weblogs that reference Anti-Choice Groups Endorse Romney: