The New York Times op-ed column: Many Kinds of Catholic, by Frank Bruni:

If Catholicism is measured by obeisance to the pope, his cardinals and the letter of Vatican law, then Rick Santorum is the best Catholic to ever get this far in presidential politics. . . .

And for this he has been rewarded with a truly noteworthy level of Catholic support.

Noteworthy because it’s so underwhelming. . . . 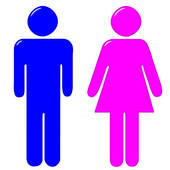 Women still pay more than men for the same health insurance coverage, according to new research and data from online brokers.

The new health care law will prohibit such “gender rating,” starting in 2014. But gaps persist in most states, with no evidence that insurers have taken steps to reduce them.

For a popular Blue Cross Blue Shield plan in Chicago, a 30-year-old woman pays $375 a month, which is 31 percent more than what a man of the same age pays for the same coverage, according to eHealthInsurance.com, a leading online source of health insurance. . . .

A new bill moving through the Tennessee House of Representatives would require the state to publish the names of each doctor who performs an abortion and detailed statistics about the woman having the procedure, which opponents worry will spur anti-abortion violence in the state.

The Life Defense Act of 2012, sponsored by state Rep. Matthew Hill (R-Jonesboro), mandates that the Tennessee Department of Health make detailed demographic information about every woman who has an abortion available to the public, including her age, race, county, marital status, education level, number of children, the location of the procedure and how many times she has been pregnant. Each report would also have to include the name of the doctor who performed the procedure. . . .

Sen. John McCain said Sunday that the GOP needs to stop talking about contraception and that focusing on the issue is hurting voter perceptions of the party.

"I think we have to fix that," the Arizona Republican said when asked by David Gregory on NBC's "Meet the Press" about the idea of a Republican "war on women." . . .

As Jezebel reported yesterday, a committee of Arizona lawmakers has approved a bill that would prevent doctors from being sued for malpractice in cases of “wrongful birth” or “wrongful life.” The former situation most often occurs when a child is born with severe disabilities that, if the parents had been made properly aware, may have led them to consider terminating the pregnancy. “Wrongful life” suits, on the other hand, generally involve children born of failed vasectomies and other sterilization surgeries. . . .

(Reuters) - The Texas attorney general on Friday sued the Obama administration to challenge its decision to shut down a women's health program over a dispute centered on the state's withholding of funds to clinics that provide abortions.

The filing of the lawsuit comes as both Republican officials in Texas and the Obama administration have expressed regret that poor women in the state who depend on the health services could be hurt by the escalating political fight. . . .

For perhaps the first time in recent history, male reproductive health is at the forefront of political debate.

In at least six states, lawmakers — all women and all Democrats — have proposed bills or amendments in the last few weeks that aim to regulate a man's access to reproductive health care. It's their way of responding to the ongoing debate around contraception and abortion, said Jennifer Lawless, director of the Women & Politics Institute at American University.

Some would prohibit men from getting vasectomies, such as Georgia's House Bill 1116, which states:

"Thousands of children are deprived of birth in this state every year because of the lack of state regulation over vasectomies.". . .

The Obama administration today released an advance notice of proposed rulemaking, taking the next step in making modifications to its contraceptive coverage policy. An open comment period will allow organizations and the public to weigh in. As announced in February, the modification will allow institutions like religiously affiliated hospitals and other non-profits to opt out of contributing to the cost of contraceptive coverage for their employees, and instead have insurance companies provide the coverage directly.

The administration also finalized a rule on student health plans, ensuring that college students will have the birth control coverage they need.

"When it comes to contraception, government policies should address women's health needs and ensure that every woman can make her own decisions based on her own beliefs and circumstances," said Sarah Lipton-Lubet, ACLU policy counsel. "Today, the Obama administration continued to stand with American women, taking the next step to ensure that they get the health care coverage they need."

A bill written to outlaw abortion by granting legal rights to fertilized eggs passed the Virginia House yesterday, a move that is sure  to lend confidence to “fetal personhood” groups across the country — including Florida’s

The bill resembles one that made waves in Mississippi last year, gaining considerable support from members of the state Legislature but ultimately failing to garner enough votes to pass. Unlike the Mississippi amendment, however, the Virginia bill would attempt to change abortion rights through the state’s legal code. . . .

Arizona Bill Penalizes Women for Contraceptive Use When Their Employer Objects

Arizona legislators have advanced an unprecedented bill that would require women who wish to have their contraception covered by their health insurance plans to prove to their employers that they are taking it to treat medical conditions. The bill also makes it easier for Arizona employers to fire a woman for using birth control to prevent pregnancy despite the employer's moral objection. . . .

Facing small but clear signs of discontent within their own ranks, U.S. Catholic bishops may be poised to rethink their aggressive tactics for fighting a federal mandate that health insurance plans cover contraception, according to sources close to influential bishops. . . .

HERE’S what a woman in Texas now faces if she seeks an abortion.

Under a new law that took effect three weeks ago with the strong backing of Gov. Rick Perry, she first must typically endure an ultrasound probe inserted into her vagina. Then she listens to the audio thumping of the fetal heartbeat and watches the fetus on an ultrasound screen.

She must listen to a doctor explain the body parts and internal organs of the fetus as they’re shown on the monitor. She signs a document saying that she understands all this, and it is placed in her medical files. Finally, she goes home and must wait 24 hours before returning to get the abortion. . . .

Slate: The Aspirin Strategy: What happens to college sex when you stop subsidizing birth control?, by William Saletan:

Rush Limbaugh has a solution for women who have trouble affording contraception: Have less sex. Instead of asking your employer or college to provide insurance that covers birth control, pay for your birth control yourself. Or get your boyfriend to pay for it. Or just keep your knees together so you won’t have to worry about getting pregnant. . . .

[T]here’s evidence that many college women . . . have done what Limbaugh suggested. Faced with a contraceptive price hike in 2007, they cut back on sex. And yet, the rate of accidental pregnancy among college women didn’t decline. In fact, among those who were financially stressed, the rate increased, apparently because many of them responded to the higher cost of birth-control pills by shifting to cheaper, riskier methods, or to unprotected sex. . . .

Despite Debunking of Link Between Mental Trauma and Abortion, Laws Allow Misinformation to Spread

In the simmering battle over abortion and mental-health problems, a reproductive-health organization says a published study linking the two has been “decisively debunked,” while the lead author of the study says her findings still stand.

The mental-health issue is relevant because at least 35 states require women seeking abortions to be counseled first, and “spurious research” already is leading to misinformation being spread via some of these counseling laws, the Guttmacher Institute said Monday. . . .

Musicians Demand Their Music Be Pulled from Rush Limbaugh's Show

Rolling Stone: Rage Against the Machine to Rush Limbaugh: 'Stop Using Our Music in Your Right-Wing Clown Show', by Matthew Perpetua:

Tom Morello of Rage Against the Machine is the latest rock star to demand that Rush Limbaugh stop using his music on the air. "Rush Limbaugh played "Sleep Now in the Fire" as a bumper on his show today," Morello told Rolling Stone last night. "Our response: 'Hey Jackass, stop using our music on your racist, misogynist, right wing clown show." (He later tweeted the same message.)

Peter Gabriel, Rush and the Fabulous Thunderbirds have made public statements asking for their music to be pulled from Limbaugh's syndicated talk show following the host's personal attack on Georgetown law student Sandra Fluke, whom he called a "slut" and a "prostitute" for defending women's reproductive rights. . . .

President Obama’s re-election campaign is beginning an intensified effort this week to build support among women, using the debate over the new health care law to amplify an appeal that already appears to be benefiting from partisan clashes over birth control and abortion. . . .

As baby showers go, the party Mary Russell attended to celebrate her niece’s first child was sweet, with about a dozen women offering congratulations over ice cream and cake.

But somewhere between the baby name game and the gifts, what had been light conversation took a sharp turn toward the personal and political — specifically, the battle over access to birth control and other women’s health issues that have sprung to life on the Republican campaign trail in recent weeks. . . .

Yes, Virginia, there is a satire about transvaginal ultrasound laws.

Next week, “Doonesbury” will tackle the ultrasound-before-abortion debate that has roiled Texas and Virginia and the nation in recent weeks, as lawmakers fought over a procedure deemed physically invasive and medically intrusive by some critics, who dubbed it “state rape.” Last month, Virginia Gov. Bob McDonnell, who opposes abortion, insisted upon revisions in legislation so the state would require only transabdominal ultrasounds prior to abortion. . . .

Plan B Manufacturer Seeks to Intervene in Lawsuit Over Minors' Access

Bloomberg: Teva Pharmaceutical Seeks to Intervene in Plan B Lawsuit, by Thom Weidlich:

Teva Pharmaceutical Industries Ltd. (TEVA) sought to intervene in a lawsuit between the Center for Reproductive Rights and the U.S. government over emergency contraceptives, saying loosening sales restrictions on generics could threaten its marketing rights for Plan B One-Step.

Last month, U.S. District Judge Edward Korman in Brooklyn, New York, ordered the government to explain why he shouldn’t direct the Food and Drug Administration to make the drugs available to girls under age 17 without a prescription. Teva said in its filing today that loosening the age limits on over- the-counter sales of generic drugs similar to its own would threaten its three-year exclusivity period for unrestricted OTC sales. . . .

Leticia Parra, a mother of five scraping by on income from her husband’s sporadic construction jobs, relied on the Planned Parenthood clinic in San Carlos, an impoverished town in South Texas, for breast cancer screenings, free birth control pills and pap smears for cervical cancer.

But the clinic closed in October, along with more than a dozen others in the state, after financing for women’s health was slashed by two-thirds by the Republican-controlled Legislature. . . .

Dr. Mila Means aims to succeed Dr. George Tiller in Wichita, but so far an antiabortion movement has thwarted her at every turn.

. . . Dr. Mila Means, a 55-year-old solo family practitioner with neon red hair and neo-hippie style, doesn't remember how or when she heard that Dr. George Tiller had been gunned down in his church.

She knew him only slightly as their paths crossed in medical circles. Mostly, she knew of him — as the lone abortion provider in a city of nearly 400,000, as a symbol of the country's abortion wars.

After his killing on May 31, 2009, the decision to step into his place did not come as an epiphany but rather over time, with sad reluctance. . . .