Johnson County prosecutors asked a judge to delay a Monday hearing to decide if there’s enough evidence to try Planned Parenthood on 23 felony counts of falsifying termination of pregnancy reports.

Prosecutors say the records, which are central to making their case, were shredded sometime in 2005, roughly two years before charges were brought against Planned Parenthood by former Johnson County District Attorney Phill Kline. . . .

GOP presidential hopeful Herman Cain is trying to tamp down controversy over his comments about abortion.

Cain's comment in a CNN interview that decisions about abortion should be left to women and their families raised eyebrows and drew a rebuke from rival Rick Santorum. . . .

Despite a public health initiative to educate women about the benefits of long-term, reversible contraceptives, such as intrauterine devices, most women still prefer permanent or short-acting methods, according to research presented Tuesday at the annual meeting of the American Society for Reproductive Medicine. . . .

It is likely that any teratogenic effects previously attributed to ACE inhibitors taken during the first trimester of pregnancy are the result of the underlying hypertension and not the medications themselves, researchers found. . . .

The New York Times: A Less Risky Down Syndrome Test Is Developed, by Andrew Pollack:

New tests are coming to market that can detect Down syndrome in a fetus using a sample of the mother’s blood, potentially reducing the need for riskier invasive tests while also stirring ethical concerns.

Researchers say the new tests may not be reliable enough yet to replace amniocentesis or chorionic villus sampling, two invasive techniques that carry a slight risk of inducing a miscarriage. But they may lower the numbers of women who undergo those tests but then learn their fetus is normal. . . .

Texas Rep. Ron Paul is out with a new TV ad focusing on abortion.

The 60-second ad titled “Life” features Paul recalling a graphic story from his time as an obstetrics-gynecology resident to explain his opposition to abortion.

The GOP presidential candidate told a story of witnessing doctors deliver a baby via Caesarean section and then “put it in a bucket in the corner of the room and pretended it wasn’t there.”

The ad continues with Paul, 76, contrasting the harsh realities of an abortion to seeing only moments later the inspirational act of doctors trying to save a premature baby. . . .

The House approved a bill that Republicans said would prevent last year's healthcare law from funding abortions, but which Democrats said would go far beyond that and make it much harder for women to exercise their constitutional right to have abortions.

Today the GOP-led House of Representatives, with the blessings and encouragement of the United States Council of Catholic Bishops and extremist religious groups such as the Family Research Council, passed a bill in a vote of 251 to 172 that would, among other things, allow doctors and hospitals to "exercise their conscience" by letting pregnant women facing emergency medical conditions die.

MSNBC - The Rachel Maddow Show: Republicans dither with 'other' as America waits for jobs:

WASHINGTON -- Herman Cain's widespread appeal, which has helped him ascend the ranks of the Republican primary field, stems in part from his ability to cast himself as the reluctant candidate. Cain is known as a successful businessman first and a motivational speaker and author second. He often tries to portray his run for the White House as an answer to the call of a unique time and challenges.

But if Cain is not a professional politician, it's not entirely by choice. He ran for a Senate seat in Georgia in 2004 but lost in the Republican primary to current Sen. Johnny Isakson. That period of Cain's political life has gotten scant attention even as his White House bid has transformed from a quixotic quest to something more serious. That might be because the Cain who ran for Senate is a different type of candidate than the one running for the White House. . . .

What to make of the fact that not much of a fuss was made — on TV or off — over Sandra Oh's character having an abortion?

Caught between a bunny and a new girl, the talk of TV this season has been double-X, as in chromosome.

What's up with all the women? They're saying "vagina" and going all Count of Monte Cristo! "New Girl" is adork-able (or is she?), "Pan Am" is a female-centric "Mad Men" (or is it?), "The Playboy Club" glamorizes sexism and "Charlie's Angels" is even more ridiculous the second time around! After the 2010-11 season proved dismal for non-males, women came back with a vengeance.

We were all so busy talking about the Big Trend that we missed the revolution. During the recent eighth-season premiere of ABC's "Grey's Anatomy," Dr. Cristina Yang (Sandra Oh) had an abortion. . . .

10.06.11 - (PRESS RELEASE) The Center for Reproductive Rights filed a legal challenge late yesterday against a new Oklahoma law that severely and arbitrarily restricts the use of medications that induce first-trimester abortion. According to the lawsuit, filed on behalf of the Oklahoma Coalition for Reproductive Justice and healthcare provider Reproductive Services, the law not only jeopardizes women’s health, but also undermines their ability to exercise the full range of their well-established constitutionally protected reproductive rights.

“It’s the government’s job to ensure access to the best medical care available, not to deny it,” said Nancy Northup, president and CEO of the Center for Reproductive Rights. “This law prevents doctors from using their best medical judgment and mountains of scientific evidence—ultimately, depriving women of the full range of scientifically proven treatments available. It’s a clear attack on women’s health and basic rights.”. . .

Republican presidential candidate Rep. Michele Bachmann (R-Minn.) proposed a bill on Thursday that would force women in the early stages of pregnancy to have a physically invasive and medically unnecessary ultrasound procedure before they can legally consent to having an abortion.

The "Heartbeat Informed Consent Act" requires doctors to make the fetal heartbeat visible and audible to the woman prior to the abortion procedure and to describe the ultrasound image to her in detail, even if she prefers not to hear about it. If the woman is between four and five weeks pregnant, the doctor has to perform a "transvaginal ultrasound" in order to hear the heartbeat, which involves a probe and can be physically uncomfortable for the woman. . . .

Justia.com: Mississippi Initiative 26: The Significance of Saying That a "Person" Exists From Conception to Death, by Sherry F. Colb: 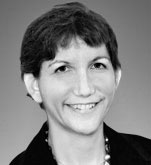 This Election Day, Mississippi voters will have the opportunity to weigh in on Initiative 26, which would amend the state constitution to define a “person” as existing from the moment of conception.  Specifically, the initiative provides:  “SECTION 33.  Person defined.  As used in this Article III of the state constitution, “The term ‘person’ or ‘persons’ shall include every human being from the moment of fertilization, cloning or the functional equivalent thereof.”

Much debate over this initiative rightly centers on the legal and constitutional implications of a law that seemingly prohibits all abortion.  Banning all abortion is plainly at odds with extant U.S. Supreme Court precedent protecting a woman’s right to terminate a pregnancy.  Some observers therefore wonder whether the law represents an attempt to develop a test case for the Supreme Court. . . .

‘Our Bodies, Ourselves’ Celebrates 40th Anniversary

The Washington Post: 'Our Bodies, Ourselves' taught women about sexuality and reproductive health, by Stefanie Weiss:

When it comes to women’s sexuality and reproductive health, I’ve come to believe that the world divides into two camps: those who know something about hand mirrors and those who don’t.

My sister Julie, solidly in the first camp, recently went to a 30-something female gynecologist, who’s in the second. At Julie’s first mention of hand mirrors, she told me, her doctor was more than a little taken aback.

New York Magazine Asks Whether Women Should Become Pregnant At 50

The first time they had sex, during that initial exploration of unfamiliar flesh, John Ross uttered words to Ann Maloney that would sound to her like prophecy. “You have the body of a young girl. You need a baby.”

This compliment, though gallant, could not have been objectively true. The first time Maloney and Ross had sex, he was 54 and she was 47. Maloney may have looked good for her age, but she most certainly did not have the body of a young girl. And the subject of babies, not in wide use as a come-on in any cohort, might have struck another woman so deeply middle-aged as creepy. . . .

Bachmann Focuses on Abortion at Event in Iowa

CBS News: Bachmann shifts focus to abortion for a day in Iowa, by Sarah Hulsenga:

DES MOINES, Iowa - Rep. Michele Bachmann, R-Minn., took a break from her emphasis on fiscal matters on Tuesday to focus on her strong opposition to abortion, a move aimed at shoring up support among her socially conservative base.

"In the midst of the number one issue, which is jobs and the economy, we don't want to forget the issue of life," Bachmann said at a media event in Des Moines that featured 18 local pastors, "because you can get a lot of things wrong, but you can't get life wrong." . . .

The New York Times: Contraceptive Used in Africa May Double Risk of H.I.V., by Pam Belluck:

The most popular contraceptive for women in eastern and southern Africa, a hormone shot given every three months, appears to double the risk the women will become infected with H.I.V., according to a large study published Monday. And when it is used by H.I.V.-positive women, their male partners are twice as likely to become infected than if the women had used no contraception.

The findings potentially present an alarming quandary for women in Africa. Hundreds of thousands of them suffer injuries, bleeding, infections and even death in childbirth from unintended pregnancies. Finding affordable and convenient contraceptives is a pressing goal for international health authorities. . . .

During his time visiting the "Huckabee" set, Mitt Romney and Mike Huckabee talked about an issue that dominated in 2007 when the two faced off: abortion.

But unlike then, Huckabee asked Romney, who has shifted on the issue, a gentle question: "Would you be a pro-life president, and what would that mean for you? How would you give some assurance that that’s not an issue they worry about if Mitt Romney is the president?" . . .