Emily Bazelon on "The Reincarnation of Pro-Life" 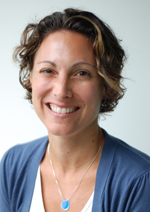 Ever since Republicans took control of half the country’s statehouses this year, the anti-abortion movement has won one victory after another. At least 64 new anti-abortion laws have passed, with more than 30 of them in April alone. The campaign is the largest in history and also the most creative. Virginia started regulating abortion clinics as if they were hospitals. Utah, Nebraska and several other states have stopped private health insurers from covering abortions, with rare exceptions. South Dakota will soon tell women that before they go to an abortion clinic, they must first visit a crisis pregnancy center whose mission is to talk them out of it.

For abortion foes, the state victories are a balm after a long period of frustration. “In eight years of Bush, we saw almost no movement,” one anti-abortion organizer told me. But now? “The way we’re gathering momentum is just amazing,” says Charmaine Yoest, the president of Americans United for Life. Her group offers state lawmakers 32 pieces of model legislation, and its approach is to chip away at the protections of Roe v. Wade rather than challenge it outright. Taken together, these new state laws are hugely effective — incrementalism on steroids. . . .

Listed below are links to weblogs that reference Emily Bazelon on "The Reincarnation of Pro-Life":