Margo Kaplan (Brooklyn School of Law) has posted A 'Special Class of Persons': Pregnant Women’s Right to Refuse Medical Treatment after Gonzales V. Carhart on SSRN. Here is the abstract: 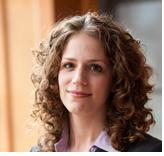 As several scholars have noted, the Supreme Court’s Gonzales v. Carhart decision upholding the federal Partial Birth Abortion Ban Act of 2003 (PBABA) represents a major departure from its previous abortion jurisprudence. What has received little attention is the ease with which Carhart’s rationale can be imported into cases involving the medical treatment of women who wish to continue their pregnancies to term. This article analyzes the implications of Carhart in a context that has thus far been overlooked and, in doing so, argues that its reasoning is broader and more troubling than the majority acknowledged or perhaps even intended.

Listed below are links to weblogs that reference Margo Kaplan on Pregnant Women's Right to Refuse Medical Treatment After Gonzales v. Carhart: