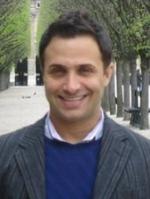 This Article argues that the Convention on the Elimination of All Forms of Discrimination against Women (“CEDAW” or the “Convention”) has failed to create equality for women or gender equality because its scope remains limited to women. CEDAW’s focus on women enshrines an understanding of sex as a binary of men/women and a consequent presumption of their relationship as perpetrator/victim. The Convention is also the preeminent treaty on gender inequality, and cannot succeed in creating gender equality if it continues to focus so narrowly and exclusively on women.Instead of focusing on “women” as part of a binary, CEDAW should seek the elimination of the categories themselves. CEDAW’s very title is its mistaken diagnosis. CEDAW’s focus on the category “women” reifies rather than undermines gender disparities. This Article argues that CEDAW should reframe its target to focus on sex or gender discrimination rather than women as its sole particular victims. CEDAW represents men as the comparator for women’s equality and the implicit perpetrator of their inequality. Rather than be in CEDAW’s periphery, men should be central, along with women, to any rectification of gender inequality. Beyond men, CEDAW should protect people of all genders. Gender or sex must replace the identitarian category of “women” in international law. This reinterpretation must occur for the future of this crucial international Convention.

Listed below are links to weblogs that reference Darren Rosenblum on CEDAW's Misguided Focus on "Women":