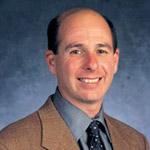 More than twenty-one years after Robert Bork’s failed Supreme Court nomination and seventeen years after Planned Parenthood of Southeastern Pennsylvania v. Casey, the rhetoric of abortion politics remains unchanged. Pro-choice interests, for example, argue that states are poised to outlaw abortion and that Roe v. Wade is vulnerable to overruling. In this essay, I will debunk those claims. First, I will explain how Casey’s approval of limited abortion rights reflected an emerging national consensus in 1992. Second, I will explain why the Supreme Court is unlikely to risk political backlash by formally modifying Casey - either by restoring the trimester test or by overruling Roe altogether. Third (and most important), I will explain how it is that Casey stabilized state abortion politics. The national consensus favoring limited abortion rights remains intact. Correspondingly, the template of laws approved by the Supreme Court in Casey were politically popular at the time of Casey and remain politically popular today. Indeed, since Pennsylvania has always been one of the most restrictive states when it comes to abortion regulation, very few states are interested in pushing the boundaries of what Casey allows. And while a handful of outlier states have pushed the boundaries of what Casey allows, these states (which account for a quite small percentage of abortions) have largely worked within parameters set by the Court in Casey. Perhaps most telling, neither the confirmation of Chief Justice Roberts and Justice Alito nor the Supreme Court’s approval of federal partial-birth abortion legislation has significantly impacted state antiabortion efforts. For all these reasons, pro-choice and pro-life interests would be better served shifting their energies away from legalistic fights over abortion regulation and toward shaping the hearts and minds of the women who may seek abortions and the doctors and clinics that may provide abortion services.

Listed below are links to weblogs that reference Neal Devins on Planned Parenthood v. Casey and State Abortion Politics: