Maya Manian (University of San Francisco School of Law) has posted The Irrational Woman: Informed Consent and Abortion Decision-Making on SSRN. Here is the abstract: 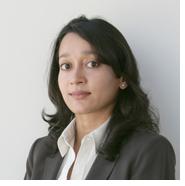 Listed below are links to weblogs that reference Maya Manian on Gonzales v. Carhart and The "Woman-Protective" Anti-Abortion Argument: