America is a bastion of religious freedom, a land where persecuted religious minorities find refuge from the tyranny of the majority. So goes the narrative that is taught in schools across the nation and that permeates American culture. 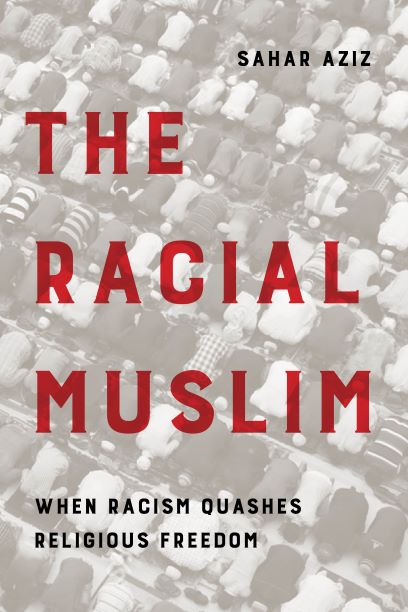 That such overt discrimination occurs at a time when contestation over religious liberty is a national issue brings into sharp relief the fact that religious freedom is not equally available to all faiths. Conservative Evangelical Christians decry a secular assault by liberal elites with regard to contraception, abortion, same-sex marriage, and religion in schools, yet many simultaneously support state practices that quash Muslims’ religious freedoms.

This begs the question, Why, for a critical mass of Americans, are Muslims’ rights to be safe in their mosques, wear their religious garb without fear of discrimination, and live as first-class citizens not subject to religious freedom protections? And why do the same people who defend religious freedom for Christians simultaneously support violating the civil rights of Muslims?

The explanation, I argue, is that Muslims are treated like a suspect race, not a religious minority. In turn, Islam is placed in the realm of politics, and more specifically national security, not religion. State and private discriminatory practices contrary to American religious freedom ideals are considered rational and patriotic.

Racialization of Muslims has had devastating effects on the lives of millions of people in the United States.

Donald J. Trump’s ascendance to the presidency of the United States exposes the thinness of America’s commitment to religious freedom and the deep entrenchment of racism. Trump campaigned and won on his bravado, guised as “Patriot Talk,” that ranged from calling for the United States to register Muslims in a database and barring them from entering the country to mass surveillance of mosques and calling on Muslims to spy on each other.  His right-wing Christian base saw no contradictions between such overtly anti-Muslim policies and their commitments to religious freedom.

Such overt religious animus today demonstrates the enduring legacy of the racialization of religion in American society—an understudied topic in legal and social science literature. Accordingly, The Racial Muslim problematizes American religious freedom by interrogating how and why a country where religious liberty is a founding principle produces such overt prejudice and discrimination against Muslims.

How do Americans in the twenty-first century who hold unfavorable views of immigrant Muslims reconcile their suspicions with the nation's commitments to religious freedom?

Exploring how American racism has historically quashed religious freedom offers some insight into this vexing question.   Because Whiteness is intertwined with (Protestant) Christianity, religion, not just phenotype, also works to racialize people.

An ethos that liberty, equality, and self-governance are inalienable rights of Anglo-Saxon Protestant settlers pursuing their Manifest Destiny has long animated American religious freedom norms. Indeed, Anglo-Saxon triumphalism bolstered the Puritans’ belief that they were God’s chosen people on a religious pilgrimage to create a Christian nation in the New World without regard for the rights or freedoms of Native peoples, enslaved peoples, and non-Christians. These settlers believed God granted favor to them to inherit America, and in return they would establish a Christian Protestant nation.

Christian identity, thus, is integral to Whiteness, particularly as it applies to legal and normative citizenship.

The narrative that a Protestant White majority committed to rational, enlightened principles of religious pluralism such that persons of different faiths could coexist in harmony and learn from each other is more aspirational than reality.  Intolerance of religions deemed a threat to Anglo-Protestantism has been entrenched in American culture since its founding, whether it was Catholics who were legally discriminated against in state constitutions or Jews suspected as saboteurs.

The ways in which religious groups are racialized in the United States vary according to the particular religion’s relationship with Protestantism and Whiteness. Whether before the courts in citizenship proceedings, legislatures in segregation laws, or the executive branch in national security policy, religion has long been a surrogate for identifying threats to the colonists’ and Founders’ vision of a free White Protestant nation. That is, a religion’s interaction with the dominant Christian ideology at a particular historical moment shapes the racialization process and its material consequences for adherents of a minority faith.

A case in point is American Christian identity.  Initially limited to mainline Protestantism, it later expanded to include Catholics, albeit after decades of anti-Catholic discrimination.  Jews, who are considered White today, were not socially White when millions of their Eastern European immigrant ancestors arrived on America’s shores more than a century ago, leading to significant anti-Semitism.  At a time when American national identity was firmly rooted in Anglo-Saxon Protestantism, both Catholics’ and Jews’ religious beliefs effectively darkened their skin color and imputed to them inferior biological traits.

The racialization of Muslims in the contemporary era demonstrates the extent to which Christianity continues to be intertwined with Whiteness, both for religious conservatives and liberal secularists.

Muslims’ racialized identities starkly contrast with Americans’ association of Christianity with peace, civilization, charity, and forgiveness, notwithstanding a historical record of violence in the name of Christianity.  Christianity is normal while Islam is aberrant, causing the state to treat wayward Christians as individuals while Muslims’ wrongdoings represent a threat posed by the entire group. So when Muslims are targeted by the national security and military-industrial complex, religious freedom is not under threat.

This racial logic underpins the social construction of The Racial Muslim.

-- This is an excerpt from The Racial Muslim: When Racism Quashes Religious Freedom (University of California Press 2021)