What makes a law school “good” and who wants to know? This was the most basic question behind a recent decision from US News and World Report (USNWR) to reject a new “Scholarly Impact” metric in its annual rankings of law schools. The decision was met with applause by the Law and Society Association (LSA)—and with good reason.

An LSA committee, led by Rachel Moran, Elizabeth Mertz, and Richard Lempert, examined the effects such a metric would have on law schools and strongly advised its abandonment. “Since the metric was focused very heavily on law reviews,” Moran told me, “there was a concern that it would marginalize the contributions of [Law and Society] scholars. On a separate front, we also knew that it would potentially marginalize people who tend to be undervalued by these quantitative counts, people of color and women, just because they tend to be cited less, for reasons that may have to do with our hierarchies in legal and higher education. These researchers also tend to work in fields where the citation rates are not as high. We were concerned that this might undervalue them.”

One idea, foregrounded in this debate, was that “good” faculty are what make a “good” law school. But what does this mean? One might plausibly expect that quality among law professors is measured by teaching ability—and indeed there has been a healthy increase of attention to teaching and learning outcomes. But there has also emerged in the past few decades greater interest in bibliometrics, or citation counts, as the measure of law school faculty quality. “We wanted to be sure that this wasn't adopted and integrated into the general law school rankings,” Moran continued, “because even if you critique the rankings, you have to acknowledge their impact. We were very concerned that this might have an effect on hiring and promotion, and as a result, it would affect the future construction of knowledge, since some fields would be privileged because of the current quantitative patterns of citation. That might actually perpetuate disparities and inequalities—it would entrench even further the preferences for that kind of work and the individuals who do that work. We were concerned and we wanted to express those concerns.” 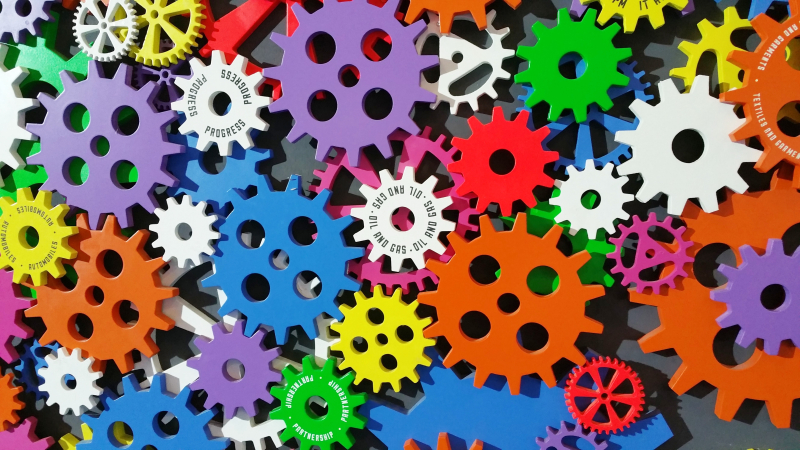 Perhaps the best-known current aggregator of bibliometric data into law faculty rankings is Brian Leiter.  The periodic release of his specialty lists always brings mixed reactions.  In my research into the ethical priors of Law and Economics, I found the Leiter list a great starting point because, when examined closely, it revealed gender inequities among second and third wave lawyer-economists. Being on these lists is extremely impressive. But only one-in-fifteen of those listed is a woman, providing a stark picture of how these citation-based professional reputation rankings can perpetuate already extant gender imbalances.

Is respect (and the associated attention) among one’s peers a good indicator of professional quality in legal education? In the U.S. academy, citations interpreted as a marker of peer respect obscure the way that articles published by women and persons of color, except in a few specific fields, are more likely to be ignored. Put more bluntly, this reminds us that respect can be a proxy for unstated gender and ethnic preferences in who should generate new legal knowledge. And to what extent is a good academic researcher/writer a good contributor to law school culture, citizenship, social responsibility? Most of us probably know both the high-impact scholar who is a poor teacher/colleague, as well as the prolific writer who is exceedingly generous toward students and fellow faculty. With both often present in the same frame, is it possible to say generally that a high-impact faculty increases the quality of a law school in any experiential way? Probably not, but maybe the point is that, in the realpolitik that characterizes legal academia, a “good” law school is whatever people say it is. Which returns us to the second half of the question above: “who wants to know”?

In the past, when law was a profession newly open to women and people of color, the latter groups might have been presumed to be grateful for entrée into the profession at any level. This was still the case when I conducted my research into for-profit law schools from 2011 to 2016 and found that they were largely viable because so many minority students had few other options in legal education. Although derived from an extreme example, the general observation was that minority students were often in a weaker position to choose a school based on rankings. In more recent years, thanks to the expository work of writers like Brian Tamanaha and Deborah Merritt, and activists like Kyle McEntee, more and more students have become aware of the other vital considerations that should guide student choices: debt to income ratios, employment rates, bar pass rates, etc.  In light of all this, a focus on “reputation” as a proxy for quality or value might be seen as a luxury only the most elite students can afford.  Less privileged students need less rather than more obfuscation about “quality,” if USNWR is to be of help to them. As Moran said, “[Reputational ranking] entrenches certain privileges and preferences, because schools with strong reputations get to continue to benefit from those year after year after year, almost like an echo effect. It makes it hard for schools that are actually doing highly valued scholarship as measured by these quantitative metrics to get recognized if they are newer schools or haven't yet broken through in terms of their visibility.”

These remarks, and the report more generally, raise questions about using raw quantitative data to draw conclusions about law in society and the legal profession. For years, the New Legal Realist movement—a prominent Law and Society subgroup extending the Classic Legal Realism of the last century, has advocated combining quantitative and qualitative accounts in both legal research and policymaking. A demonstrated benefit of multi-method, theoretically driven empirical research of the kind LSA and NLR have encouraged is more nuanced research results.  This added nuance permits empirical research to take better account of the particular experiences of women, racial minorities, LGBTQ+, and people with disability--those often most in need of legal protection or assistance. In that regard, USNWR’s decision is more than just a victory for contemporary Legal Realism, or for the Law and Society Association. It is a win for law school diversity, equity, and inclusion across the board.

-- Riaz Tejani is Associate Professor of Business Ethics at the University of Redlands. His work investigates the interaction of legal and business ethics with interests in race and class inequality, distributive justice, and cultures of economic rationality.