Black Prosecutors Inspired Trust and Hope at the Derek Chauvin Trial--We Need More of Them (by Prof. Njeri Mathis Rutledge) 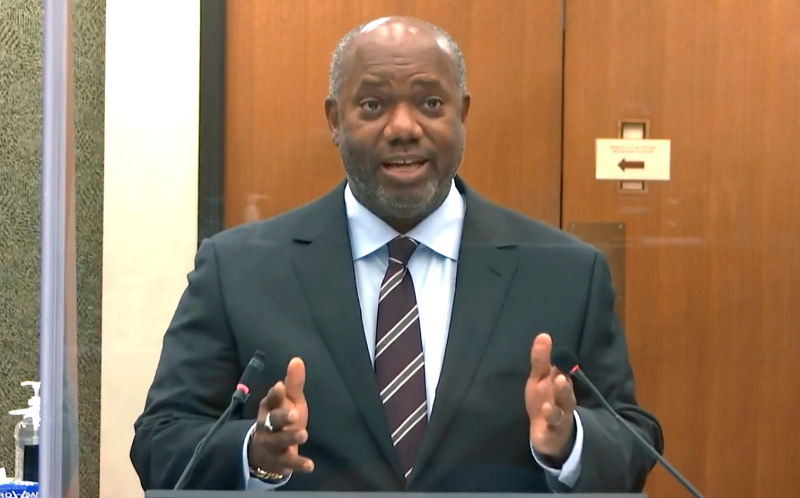 Kamala Harris took heat for being a prosecutor, but lawyers of color should not avoid this noble calling. Prosecutors are powerful and should be diverse.

I had no idea I was holding my breath until I let out a deep exhale when I heard the jury had found Derek Chauvin guilty on all counts in killing George Floyd. It was a great day to breathe deeply for Floyd, Eric Garner, Tamir Rice, Aiyana Stanley-Jones, Philando Castile and countless other men, women and children of color who were killed by police but did not receive justice.

Before we move on from the historic Chauvin verdict, I want to highlight an aspect of criminal justice reform that does not get sufficient attention: diversity within the criminal justice system. Reforming this system requires a diversity of voices in positions of power. And I am convinced that there is no greater position of power within the system than that of the prosecutor.

A long way from the OJ Simpson trial

The importance of Black prosecutors is frequently ignored. There was tremendous significance in seeing Minnesota Attorney General Keith Ellison and Jerry Blackwell — two Black attorneys — prosecuting the case against Chauvin. Ellison, the state's first Black attorney general, earned the trust of the Black community. Blackwell took a lead role in examining witnesses and gave the rebuttal closing argument. As a former prosecutor myself, watching Blackwell have the last word in a case about the killing of an unarmed Black man was therapeutic and a moment of great pride.

We have come a long way from former prosecutor Christopher Darden and the O.J. Simpson trial that occurred while I was in law school. Darden was frequently vilified for being both a Black man and a prosecutor, as if those identities were mutually exclusive.

Before I started law school, I vividly recall telling a date that I was going to law school to become a prosecutor. I found his response disturbing: So you want to put Black men in jail? he asked.

I ultimately fulfilled my career goal of becoming a prosecutor, and I was proud to do so. Not because I "put Black men in jail," but because I believe my devotion to duty made a positive contribution to our endless struggle to align the aspiration of equal justice under law with reality. Why then wouldn’t we want prosecutors with an experience-based appreciation of the flaws in that system?

In retrospect, I should not have been surprised. Vice President Kamala Harris was harshly criticized by some for decisions she made as a prosecutor and as California attorney general. Black prosecutors are routinely accused of being a tool in a biased system by some and of being too lenient about criminal justice reforms by others. The reality is that there are few actors in the criminal justice system who have more influence on both respect for law and reform of the process than prosecutors.

Aspiring lawyers interested in civil rights and justice should consider serving as prosecutors. Prosecutor’s offices need to reflect the diversity of their communities. So far, that is not the case. For instance, only 1.8% of lead prosecutors are women of color. And when there is diversity, sadly, it is not appreciated by everyone. Black female prosecutors, like Baltimore State’s Attorney Marilyn Mosby, have been the target of racist threats and hate mail.

Black prosecutors bring a unique perspective to their duties, a perspective that ideally helps bridge the chasms between the law enforcement community and the public. Black prosecutors lend credibility to a system where Black Americans are frequently accused of crime. This is because justice is more complex than simply applying a criminal code. It requires an understanding and, yes, an empathy for those caught up in the system. But most important, it requires a commitment to do justice.

It was that call to do justice that inspired me to serve in an overworked, underpaid yet personally fulfilling job. I lament that so many of my law students, Black and white, fail to see the nobility of this calling. I am grateful that Ellison and Blackwell have made a difference as prosecutors. May they inspire a new generation to serve as well.

Njeri Mathis Rutledge is Professor of Law at South Texas College of Law Houston. Follow her on Twitter: @NjeriRutledge

This article was originally published at USA Today on 4/28/21. You can read it here.