Am I Angry? You Bet I Am! Watching the George Floyd Murder Trial (by Prof. Shelly Taylor Page) 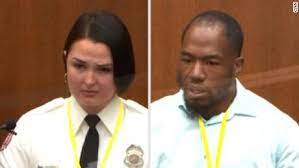 We have come a mighty long way in our criminal justice system. We have gone from a period of time when people of African descent were not considered humans and were deliberately excluded from serving on jury panels to seeing Black judges, defense attorneys and prosecuting attorneys taking part in selecting more diverse juries. Progress has been made, but how far have we really journeyed, and are the vestiges of racial animus and discrimination from the Jim Crow era truly eradicated? One need not look further than the current criminal trial we are witnessing of former Minneapolis police officer Derek Chauvin, to see that the answer is an unequivocal and resounding, no.

This past week we witnessed a cadre of State’s witnesses, many of whom are Black, who were being portrayed by the defense as “angry” and as a violent, threatening mob who posed a clear and present danger to the arresting officers. One witness, Donald Williams, was repeatedly questioned by the defense attorney about being “angry.” Mr. Williams steadily and continually replied that he showed “controlled professionalism” and that he was not an angry Black man. As if being an angry Black man was an abomination.

As the world had the unfortunate opportunity to witness the murder of George Floyd by a law enforcement officer, we saw what a prolonged, deliberate, methodical and calculating homicide looks like. As a crowd began to almost immediately form around the scene of the crime, it soon was evident that these officers had no intent on ensuring that Mr. Floyd’s rights were recognized, honored and adhered to. Within seconds of approaching George Floyd’s vehicle to inquire about an alleged counterfeit $20, the first officer on the scene demanded that Mr. Floyd place his hands on the steering wheel. Officer Thomas Lane, on his fourth day on the job, almost immediately upon approaching Mr. Floyd’s vehicle drew his service weapon and yelled at Mr. Floyd, “Put your f-cking hands up now!” This expletive laden exchange continued as Mr. Floyd called the officer “Sir” and begged repeatedly and urgently for his life and not be shot by the officer. Mr. Floyd was clearly in distress and afraid for his life as he was accosted by the police officers.

As Mr. Floyd was handcuffed and the officers were attempting to arrest him, a small crowd formed. Many in the crowd became increasingly concerned for how Mr. Floyd was being treated by the arresting officers. He was handcuffed with his hands behind his back and was lying face down, on the ground. Almost immediately after being placed on the ground, Officer Derek Chauvin put his knee onto the neck of George Floyd. Members in the crowd could easily see that Mr. Floyd was having difficulty breathing. If it was not obvious to anyone looking, you could hear Mr. Floyd saying he could not breathe.  He said he could not breathe more than twenty times. He begged for water, said that he needed to sit up and that his stomach and “everything” was hurting. Despite the pleas for his life and the crowd begging for help for Mr. Floyd, Derek Chauvin continued to dig his knee deeper into the neck of George Floyd.

Watching this crime on social media and on television is gut wrenching and heart breaking. Imagine watching it live and in person. That is what the witnesses saw: a man murdered by those sworn to serve and protect. But the strangest part? These witnesses are being villainized and vilified for expressing anger after what they saw.

As Black and Brown lives have been scrutinized, monitored, experimented upon, dissected, mistreated, objectified and maligned for centuries, we are now at a point in our nation’s history where we are even denied from expressing the full spectrum of human emotions. We are being told we cannot and should not express anger after watching a helpless, handcuffed man being killed by three police officers bearing their entire body weight upon the length of the victim’s body.

But is this really a change from the past? NO. It is not. As we reflect back on the 1857 Dred Scott case which formally ruled that Blacks were not American citizens, we see how Black bodies have been controlled and manipulated for the sanctity and solemnity of white supremacy. Black people were not allowed to be considered humans and as such were not allowed to be viewed from the lens of a full, rich, human being. One with emotions, and ideas, and thought processes and lives worthy of living. By dictating when a person is allowed to express an emotion, and when an individual can show feelings and exhibit what is happening inside of them internally, we then have the ability to dehumanize that person. By shaming Donald Williams for perhaps feeling anger, we have effectively taken away his full humanity. When a Black person is discouraged or dissuaded from being angry, we have taken away from that person’s ability and right to fully and freely express who they are in that given moment.

We all have a right to be angry at times. That anger can be expressed in constructive and destructive ways but it should be left up to that person to decide how that anger will manifest itself. Expressing anger should be available to anyone regardless of their race or ethnicity.

Minneapolis firefighter, Genevieve Hansen, was asked if while standing at the scene if she was angry. She responded by saying, “I don’t know if you’ve seen anybody killed, but it’s upsetting.” This statement goes to the crux and heart of the matter. If witnessing a handcuffed Black man, begging for his life, in clear pain as his face is pressed to the ground with a cop’s knee on his neck be murdered cannot engender anger in Black people, then what can? If Black people cannot be angry after watching the life snuffed out of a man not posing a threat to law enforcement officers who eventually kill him, then what does it take to be righteously angry?

Black people have every right to be angry. After all of the atrocious, horrific abuses and travesties we have witnessed as a people, we should be angry. And no one has the moral authority to dictate what our emotions are or should be, especially the people that have caused and instigated that anger in the first place. White people push Black people into corners, harass, malign, belittle, demean, disenfranchise, abuse, mistreat, exploit, maim and murder us and then have the unmitigated gall to attempt to tell us we cannot and should not be angry? Even the Bible says to “be angry and sin not.” Anger is a completely appropriate response along with action to effectuate genuine, systematic and universal change. Perhaps that is why the attempts at making us feel shamed for feeling the emotion of anger is so persistent and concerted: they know when we get angry we will be motivated to action. Action that will be the beginning of the end of their reign of white terror.