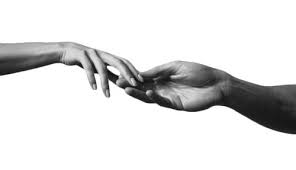 As lawyers, we have a special obligation to mitigate inequities

You don’t need to be a lawyer steeped in the nuances of the Equal Protection Clause of the Fourteenth Amendment to understand that last summer’s Black Lives Matter protests highlighted the widespread view that our justice system is not treating people of color equitably. But, as lawyers, we have a special obligation to work to mitigate those inequities. One important method for mitigating the impact of systemic racism is recognizing and challenging implicit bias, a factor heavily contributing to the disproportionality of prosecution and punishment against certain groups.

Every human being has implicit biases. Mahzarin R. Banaji & Anthony G. Greenwald, Blindspot: Hidden Biases of Good People (1st ed. 2013). As a result, differences relating to race, culture, economic status, gender, physical appearance, religion, education, or other identifying characteristics affect individuals’ ability to immediately trust someone. This is an evolutionary adaptation of our cognitive functioning because humans once needed to make rapid assessments about whom to trust to ensure survival. Players in the criminal justice system are not immune from these implicit biases, including lawyers, police officers, and jurors. Even judges with a sworn duty of impartiality are affected by implicit bias. See, e.g., Jeffrey J. Rachlinski et al., “Does Unconscious Racial Bias Affect Trial Judges?,” 84 Notre Dame L. Rev. 1195 (2009).

In America, implicit biases against persons of color have a particularly profound effect on that group of people. Leland Ware, the Louis L. Redding Chair and professor at the University of Delaware’s Biden School of Public Policy and Administration, explained that “there is a centuries- old association of blackness with criminality and violence,” stating that “[d]ecisions about whom to arrest, how much force to use, what charges should be lodged and jury verdicts convicting minority defendants are adversely influenced by bias.” Beth Miller, “Biden Day One: Racial Equity,” UDel.edu (Jan. 20, 2021). Professor Ware added that “[t]his is an urgent matter that needs to be addressed.” Id.

Customs, practices, and norms that have the effect of treating white people and people of color differently are pervasive and often operate without scrutiny. According to Ware, “[m]anifestations of systemic discrimination are so common that they appear to be ‘normal’ and are unnoticed by those not adversely affected.” Id. However, failing to notice or denying our own implicit biases does not help defeat them. In fact, there is evidence that “believing ourselves to be objective puts us at particular risk for behaving in ways that belie our self-conception.” Jerry Kang et al., “Implicit Bias in the Courtroom,” 9 UCLA L. Rev. 1124, 117374 (2012)

Implicit bias training helps reduce bias to some degree. Even lawyers and judges, who are professionally trained to ask questions and second-guess assumptions, benefit from routine bias training. However, Ware cautioned that because stereotypes are “very deeply embedded in the criminal justice system, training can evaporate.” Telephone Interview with Leland Ware, Louis L. Redding Chair for the Study of Law and Public Policy, University of Delaware, Biden School of Public Policy and Administration, Newark, Del. (Jan. 28, 2021). For example, police officers must be retrained repeatedly to effectively reduce the disproportionality of prosecution and punishment in the criminal justice system.

Perhaps of equal importance is our individual motivation to address our own biases and engage in meaningful reflection. SpearIt, a law professor at the Thurgood Marshall School of Law at Texas Southern University, observed that judges and lawyers should consciously reflect on the range of biases that may affect outcomes in their cases. Seminars and workshops focused on implicit bias are just not enough. “For judges and lawyers, one of the keys to cracking implicit bias is to recognize that it happens intersectionally. While bias might be grounded in race, it might not, or it may run concurrent with others, such as indigency,” SpearIt explained. Email Interview with SpearIt, Professor of Law, Texas Southern University, Thurgood Marshall School of Law, Houston, Tex. (Feb. 2, 2021).

Defense lawyers can deploy a few key tactics to mitigate the impact of knee-jerk or biased reactions from a prosecutor during plea negotiations.

1.) Ask questions. People who are called upon to justify their position in response to appropriate and respectful questions are more likely to find themselves reflecting on potential biases. The questions must be nonaccusatory; putting a prosecutor on defense is likely to be counterproductive and harden biases. Helpful questions can include “Can you direct me to the discovery or facts about the case that you find most important in assessing the case?” or “Have you had enough time to consider the equities of the case, or is there more information you need from me to assist you with doing so?”

2.) Humanize your client with small talk. One may hope to immediately evoke empathy by informing the prosecutor about a client’s harrowing experiences. But for prosecutors who had a biased gut reaction, it is possible that hearing about an experience so different from their may increase an inability to relate. A better approach may be to first create deliberate moments for small talk to highlight shared human or American experiences, thus allowing the opportunity for connection.

3.) Evoke surprise or curiosity. When a prosecutor learns a surprising fact about your client or becomes curious about your client’s differing identity, culture, or experience, there is an opportunity for her to gain an empathetic connection with your client. One cannot be curious or surprised about something and at the same time adhere to a bias. Prepare your client to share a specific, personal piece of information that a prosecutor may not expect, or offer to provide further information in a format that the prosecutor would find useful, such as an equities letter or medical records illustrating important context.

Similar tactics may come in handy in criminal litigation filings and in the courtroom. In a conversation with Stephanie Lin, attorney at A New Way of Life Reentry Project (a nonprofit working to mitigate the effects of systemic racism by, among other things, assisting previously incarcerated individuals with expungement and family reunification), Lin explained that when she files expungement petitions, she mentions a client’s children or families in explaining why an expungement or sentence reduction would be in the interests of justice. Mentioning a client’s caretaking responsibilities and familial ties can have a humanizing impact. “Everyone can relate to wanting to be a good example for their children,” Lin said. Interview with Stephanie Lin, Att’y, A New Way of Life Reentry Project, in Los Angeles, Cal. (Jan. 29, 2021).

Lou Shapiro, a criminal defense attorney and former Los Angeles County public defender, also employs strategies for reducing the impact of implicit bias in juries. Shapiro observed that implicit bias can be a significant obstacle to juror impartiality. Shapiro recalled defending an individual with a Middle Eastern surname at two successive jury trials. The first trial resulted in a hung jury. For the second trial, Shapiro boldly decided to assess the presence of implicit bias during voir dire by asking questions about his client’s name, such as “When you hear his name, what do you feel like?” These questions, designed to reveal biased thinking, evoked conversation about potential unfair implicit bias, allowing Shapiro an opportunity to present real facts about his client’s identity. Shapiro believes that this tactic helped the jurors overcome any bias, enabled them to solely focus on the evidence, and contributed to a jury verdict in his client’s favor. “Getting over the implicit bias allowed the jurors to look at the case with an open mind” said Shapiro. “If you talk about it, you can get past it, just by recognizing it.” Telephone Interview with Lou Shapiro, Att’y, Los Angeles, Cal., & Former Pub. Defender, Los Angeles Cnty., Cal. (Jan. 26, 2021).

The herculean task of addressing implicit bias in criminal cases should not be relegated to individual trial lawyers. It is a heavy burden to expect lawyers to engage in the psychological fishing expedition of identifying potential juror biases—and even more onerous to expect them to dismantle these biases. Such tasks require extensive training as well as time for original and inventive thought for each case, time that many lawyers (especially prosecutors and public defenders) may not have.

A more realistic and long-term solution is broader systemic reform designed to address implicit bias in criminal cases. There is some consensus that jurors should have on-the-job implicit bias training prior to jury deliberations. Mark Bennett, recently retired judge of the U.S. District Court of the Northern District of Iowa, would discuss implicit bias extensively with jurors during jury selection, ask jurors to take a pledge against bias, and give specific implicit bias jury instructions before opening statements. These jury instructions defined implicit bias; explained that everyone, including the judge himself, holds implicit biases; and advised jurors to make their decision based upon evidence, reason, and common sense—not personal likes and dislikes. Kang, supra, at 1182– 83.

In addition, addressing bias that occurs at earlier inflection points in a criminal case could have an even more profound impact. When prosecutors conduct an initial review of a case, they typically have far-reaching discretion to determine a defendant’s charges and whether they are felony or misdemeanor charges. In a conversation with Dr. Arin Reeves, attorney and leading implicit bias researcher, Reeves explained that prosecutors consider, when selecting charges, what the likelihood is that they will succeed at trial on those charges, and that assessment could include consideration of whether the prosecution will benefit from judge or juror bias. “What they’re saying is, ‘We perceive you as not having a good chance in front of the judge or the jury.’ In that moment, they’re not questioning the bias, and the bias becomes [a defendant’s] reality.” Telephone Interview with Arin Reeves, President, Nextions LLC, Chicago, Ill. (Feb. 3, 2021). Thus, commented Reeves, “at the very introduction of the process, a lot of the rest of the path is determined.” Id.

Asking prosecutors to humanize defendants when confronted with an immense volume of cases may be unrealistic. Thus, instead of relying on individually motivated behavior to eliminate biased prosecutorial discretion, defense lawyers should provide prosecutors with tools for screening their decisions for bias. For example, “a uniform prosecutor decision checklist to guide key prosecutorial decisions . . . could potentially force line prosecutors to slow down, consider additional mitigating or exculpatory factors, and attempt to place each decision and case into a broader systemic context.” Lars Trautman, How a Checklist Could Improve Prosecution, (July 2020) (R Street Policy Study No. 199).

Given our country’s reckoning over racial and social injustices, it is up to lawyers to attempt to dismantle implicit biases to honor their duty of zealous advocacy while waiting for broader systemic reform. As Reeves put it, “the ideal is systemic intervention, and until we get that in place, whatever individual humans can do, we should do.” Reeves, supra.

Andrea (Andi) Mazingo is a senior associate with Orrick Herrington & Sutcliffe LLP in Los Angeles, California, and is a pro bono family reunification attorney at A New Way of Life Reentry Project.

This was originally published by the American Bar Association on 2/26/21. Read it here.