They Want to See the Manager: Mistaking Democracy for Consumption (Prof. Saru Matambanadzo)

They Want to See the Manager: Mistaking Democracy for Consumption

The events of January 6, 2021 have been a fertile source of discussion for many legal scholars and experts. As Congress attempted to certify the election of President Joe Biden in Washington, D.C., mobs of right-wing agitators stormed the Capitol and forced their way inside. The rioters had been whipped into a frenzy during a rally held by President Trump and his surrogates. Bursting through barricades and climbing over walls, the mob, entered the halls of Congress. They brought guns and weapons. They broke windows and entered private offices, destroying and looting government property as they went. Five people, including one police officer, died as a result of the riots.

It was really an exercise in White invulnerability as well. Fascinating how when your life matters, authorities manage not to shoot you with bullets or blind you with bean bags, or spray tear gas at you. Mostly. There was also a perception that President Trump’s loss is a loss for White privilege and White supremacy in the United States is likely and underlying motivator for those who participated. This mob was overwhelmingly white, seen sporting Confederate flags and shirts, and carrying banners endorsing White supremacy and Anti-Semitism. The mob was also comprised of fairly middle class and even upper-class people, with one individual flying to the protest in a private jet.

It was a stunning display of how White privilege accords safety, security, and the benefit doubt to individuals even when they are in the wrong. It provided crucial information about who has the right to protest and how this protest should be received, as Professor Eddie Glaude pointed out in an interview with NPR.

By this time, there has been a lot of popular commentary on what the Times of India dubbed the Coup Klux Klan. Commentators have focused on the mob’s disdain and disregard for democracy, the halls of Congress, and our national democratic institutions. 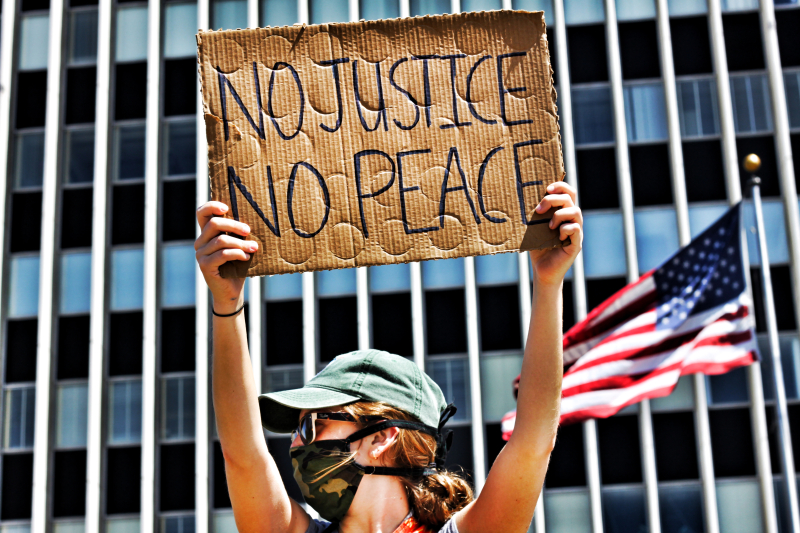 Some have focused on Republican complicity and the subsequent bipartisan disavowal of the rioting and looting mob in the wake of the crisis. Still others have examined the violence deployed by the individuals who entered the Capitol Building. And others have focused on the seeming lack of security, and the uneven enforcement of “law and order” that would have been vigorously and forcefully applied if the individuals storming the Capitol were Black, Latino, or Muslim.

Throughout the commentary, I kept thinking about how familiar the hostile entitled violence looked and felt. Of course, unhinged White mob violence will look familiar to those who study the history or race in the United States. Rabid hostility about the possibility of a multiracial majority coalition organizing together to exercise power in the United States spurred White mob violence during Reconstruction, and violence and hostility that continued into the Jim Crow Era. It would also look and feel familiar to those for who understand how Black communities, businesses, and homes were destroyed by White Mob violence in late 19th and early 20th Century incidents like the Springfield Massacre of 1908 in Illinois, the  Tulsa Race Riots of 1921 in Oklahoma and the Rosewood Massacre of 1923 in Florida, among others. But as critical race commentators have also pointed out, such rambunctious displays of wanton violence, looting, and rioting by White people, typically perceived as harmless, also occur when sports teams win or lose.

But to me, as a survivor of low wage large department store retail work, the violent mobs of looting angry White people besieging the capital reminded me of something else: Black Friday. In the United States, “Black Friday,” is the “first” Christmas shopping day after the “Thanksgiving Celebration.” On Black Friday, people in the United States follow a celebration that mythologizes our violent colonial past, which is painful for many indigenous people in the United States, with a day in which centers finance capitalist consumption. Because people are often desperate to obtain consumer goods at low prices, a sort of frenzy emerges on Black Friday which often results in injury and rioting over televisions, slippers, and other Christmas presents.

The echoes of Black Friday mobs, large groups of desperate but entitled mostly White persons demanding to be heard and served, placed into sharp relief the nature of President Trump’s attempted coup. I started thinking about how the mob of disgruntled angry White people were reminiscent of a pissed off group of customers demanding that their coupon for 1 Free Republican President be honored. I don’t think I was alone in seeing this. Anyone who has worked a low wage public facing customer service job in food service or retail or those who have worked a low wage patient facing job in health care recognize the cut of the mob’s jib. What I saw was what I often feared as a young worker, what I still cringe to see as an adult: angry economically privileged White people who are demanding to see a manager.

The Karens and Terrys (which may be the male equivalent of Karen) did not get what they wanted. The idea that making your voice heard gives you license to engage in violent abusive behavior no matter the cost reduced the Capitol building to an Olive Garden and Congress to the errant managers that needed to be dressed down. While some may say this trivializes what happened last week, we must understand how difficult, how volatile, how dangerous customers in retail and service can potentially be.

Security guards and police had trouble subduing them or just failed to take action in many moments. And members of Congress hid from them. Even the Republicans who were pretending to be their allies barricaded themselves in their offices when they were the managers sought by Karen and Terry. But understand that retail workers and service workers subdue frothing at the mouth angry individuals like this on a regular basis – often whole groups of them.

Rioting angry insane entitled White people like the ones at the Capitol are what retail associates, waitresses, bouncers, and bartenders deescalate all the time in the United States. And it is good to remember this as many of us seem willing to say that retail workers and service workers do easy jobs. When Karen and Terry climbed the walls and demanded to see the manager the police and Congressmen, who are paid way more than workers in the restaurant industry, retail, or customer service, were afraid to engage with them and deescalate the situation.

None of this removes the reality that the mob of rioters and looters seemed deeply sympathetic to White Supremacy and conspiracy theories. And this analysis does not excuse the fact that if Black or Brown people had engaged in similar behavior, barging into a secure government building and damaging property, breaking windows, stealing, and looting, we would be speaking about blood flowing down the steps of the Capitol building. While there have been some consequences in terms of arrests and job losses, had the protestors been Black, Brown, Latino, or Queer, we would be mourning a situation in which the National Guard and Washington, D.C. police would have murdered or injured many people.

What my analysis above does provide, however, is the revelation of how class privilege and White supremacy allow some people to perceive foundational democratic institutions as matters of consumer choice and privilege. It also reveals how Whiteness and class privilege intersect to create systemic forms of protection and security for some people, while denying it to others. And it reveals how class privilege and White Supremacy function together in ways that marginalize working people across lines of class solidarity.

In closing, the following caveat is in order. There are historical reasons why Black persons and other people of color are not part of the group of demanding consumers labeled as Karens and Terrys. There are bad individual customers among minority groups, but the systemic exclusion of people of color from stores and places of public accommodation has rendered their relationship to retail and service more precarious. But that is another post.