In recent weeks, Americans and the world have gotten a racial and religious double-dose of the double standards that fuel law and policy in this country. While many would like to think that equality and egalitarianism are the order of the day, recent events prove otherwise. Just a quick look at the Christmas bombing in Tennessee and the Capitol riot in Washington D.C. lay bare the two Americas that exist for Muslims and racial minorities.

It was just hours into Christmas day when a suicide bombing detonated an RV in downtown Nashville. To grasp the gravity of this event altogether, consider the rarity of a suicide bombing in the United States. Most would associate such behavior with Muslim terrorists abroad, but this was a home-grown American. Yet this shocking and startling event hardly made headlines—and when the came, they were not the type that one might have seen had the bomber been Muslim.

The problem is, no one ever really learned about this man’s religion. In a scathing opinion piece, If the Nashville bomber were Muslim, he would be called a Terrorist, Dean Obeidallah notes that the fact we did not learn of his religion means that it is safe to assume was not Muslim. For if he were, that would have been the first thing we learned. Instead of “terrorist,” “extremist,” or “religious fanatic,” the media used terms like “loner,” “recluse,” and “quiet life” to describe the individual.  As the author describes, “Of course, if [he] were Muslim, there’s no way there would be a nuanced analysis of his motivation like the one we’ve seen in headlines. Nope, it would be assumed by most that since he’s Muslim, he had to have a political agenda.” 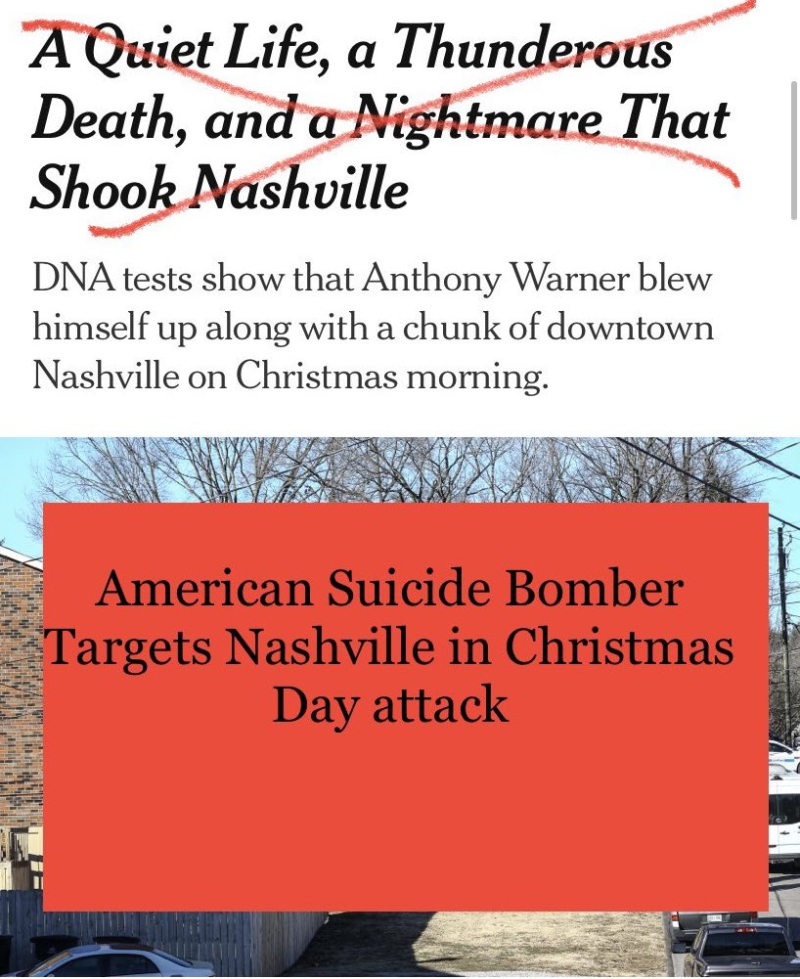 Muslims have felt the sting of this double standard, particularly the sensationalism of a suicide bombing hardly getting media play. Meanwhile, back when Timothy McVeigh bombed a federal building in Oklahoma, many in the media automatically assumed it was the work of Muslims. Underlying this harsh double-standard is a logic that assumes Americans cannot be religious extremists or take the shape of what was formerly believed to be the provenance of fanatics from the Middle East.

Not to be outdone by the Christmas bombing, On January 6, 2021, rioters inspired by the words of the sitting president, stormed the Capitol Building in D.C. In the process they wreaked havoc on the building itself, breaking windows and doors, and ransacking offices of congressmembers. At least 5 people died in the event, including a pregnant woman who was shot and a police officer who died as result of the melee. There had not been such an attack on the Capitol in the modern era.

Perhaps the most noticeable fact of the events was that the police were woefully outnumbered and underprepared for what unfolded. Despite that the president had been riling up his base to attend the protest weeks in advance, despite that on social media there were all sorts of indications that the protest would turn violent, and despite that just prior, the president made a speech that prodded his followers to march to the Capitol Building and to “show strength,” the cops were overrun in just minutes.

It is here that the spectacle begins. One need only remember the George Floyd protests, just the summer before. Images of police running down protestors, pushing, kicking, and beating, firing rubber bullets, and hardly hesitating to use pepper spray were a permanent fixture on the news. In the very same city. From those protests, if there were any clear message sent to the groups of Black Lives Matter organizers and protestors, it was that “we will use lethal force.” Here it is backwards as this image shows how police responded to Black protest. 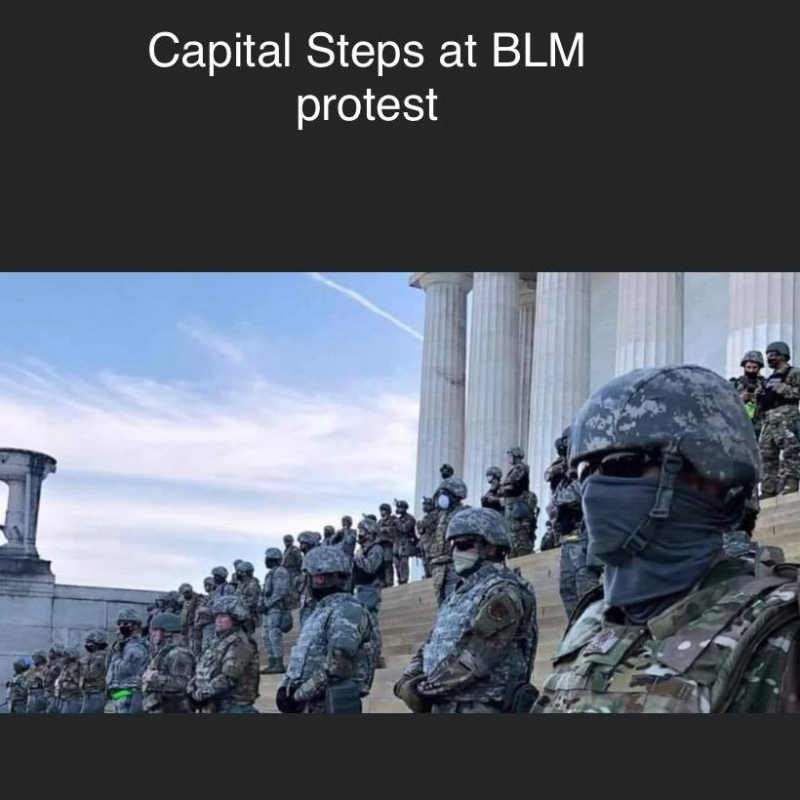 Fast forward to the Capitol riots, and the joke becomes obvious. 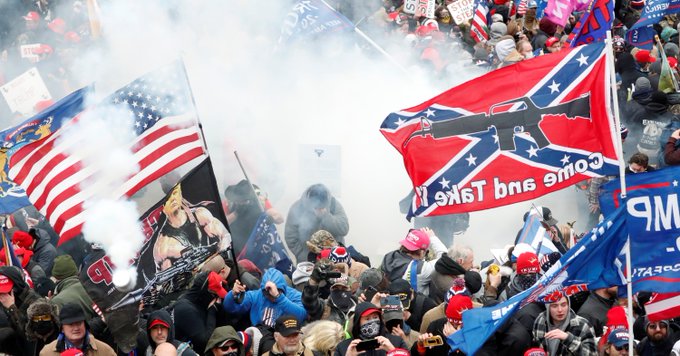 While the George Floyd protests in D.C. were peaceful, the capitol rioters were violent—and had weapons. They came to fight. Yet it is almost as if the police gave them a free pass. No bullets, no rubber bullets, no baton beating, sparingly-used pepper spray, and very little armed force was used. Instead, there is a photo of a police officer taking a selfie with one of the protestors. Law professor Anthony Farley noted the irony and asks why these protestors were not treated to drone strikes as in other parts of the world:

As unpalpable as these events are for our society, they do the uniquely good work of showing us who we are. As another law professor, Khaled Beydoun described in a tweet: 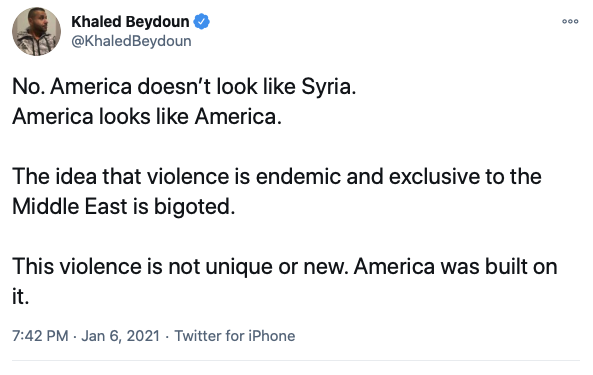