U of Mississippi Fires Professor for Criticizing School Donors & Prisons 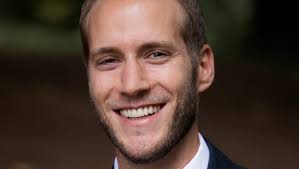 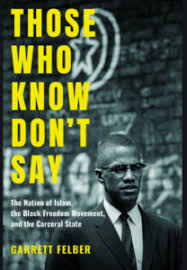 “I am writing to inform you that I have recommended to the Dean of the College of Liberal Arts that you receive a one-year notice of nonrenewal pursuant to the University of Mississippi’s Termination of Untenured Faculty policy." These are the cowardly words that were written to Professor Garrett Felber by the chair of the history department, Noell Wilson. She continued, “Your employment with the University will end on December 31, 2021, and your employment contract will not be renewed after that date. At the pertinent time, I will notify you of your assigned responsibilities for the fall 2021 academic semester.” Despite being on leave for a one-year fellowship at the W.E.B. Du Bois Research Institute at Harvard University’s Hutchins Center for African and African American Research, Prof. Felber was dinged for allegedly not being in responsive to communications with his chair.

In the termination letter, Wilson referred frequently to what she claims was Felber’s refusal to speak with her, concluding in the  letter: “Respectfully, your effort to dictate or restrict the means by which I communicate with you is untenable. Your repeated refusal to talk with me makes it impossible for me to maintain a productive working relationship with you or supervise your faculty responsibilities.” Despite that Prof. Felber was communicating with his chair via email, for whatever reason this was not to her liking.

While this may be the pretext for the dismissal, previously, Felber had helped garner a grant for the department for a program called “Study and Struggle,” a political education project on mass incarceration and immigrant detention. Two days after this $57,000 grant was publicized, the chair contacted Felber to notify him that the grant would have to be rejected since the project was political rather than historical and could potentially harm the history department’s ability to procure funding. In a tweet Felber swung back: “The real issue is that [the school] prioritizes racist donors over all else. So it’s not some mythic politics v. history binary, but that this antiracist program threatens racist donor money. And racism is the brand. It’s in the name.”

By all means it appears that the grant upset external donors, which ultimately got Felber fired. The termination has sent a chill though the campus and has undermined the bedrocks of free speech and academic freedom. But all is not lost for a number of prominent academics, including Cornel West have vowed to boycott involvement with the university until there is a full accounting of the firing. He and an army of scholars have banded together and sent a scathing letter to the University Chancellor and Wilson. The letter is printed in its entirety below.

What is even more shocking in the dismissal of Garrett is that we are talking about a first-rate academic, whose work is high caliber, cutting edge scholarship on African-American history, Islam, and prisons. He is the author of award winning books, and has contracts for other books that are forthcoming. He sits at the top of the scholarly food chain as a pre-tenured faculty, yet for the flimsiest of reasons, the university has seen it fit to let him go--despite that they are unlikely to recruit an intellectual and publishing machine like him again. While I've seen some egregious firings in my day, nothing compares to this since the school itself is likely to come out the biggest loser. Stay tuned for further developments.

We write to express our shock and dismay at the firing of Professor Garrett Felber from the History Department at the University of Mississippi, which has every appearance of being both politically motivated and retaliatory. Garrett Felber is a highly respected scholar and educator. His monograph, Those Who Know Don’t Say: The Nation of Islam, The Black Freedom Movement, and the Carceral State (University of North Carolina Press, 2020), is widely praised as a definitive political and intellectual history of the Nation of Islam during the Civil Rights Era. In the few months since its release, the book has already been shortlisted for a national book award from the Museum of African American History. He is a public figure active in prison abolition and carceral studies, and a cofounder of the Study & Struggle project, a political education project on mass incarceration and immigrant detention, for which Felber garnered a significant grant that university administrators forbade him to accept. We construe his firing as a chilling example of the university’s attempt to suppress academic freedom.

In her letter of December 10, History Department Chair Wilson implied, although she did not directly state, that Professor Felber was being fired because he refused to meet with her in-person (on-line) on three separate occasions, and instead demanded that she communicate with him in writing. There is no evidence provided in the letter that Professor Felber failed to properly fulfill the responsibilities of his position, to teach his classes and conduct his research.  Indeed, Professor Felber was on leave as a 2020-2021 Fellow at Harvard University’s Hutchins Center when Professor Wilson was insisting on meeting with him over Zoom.

Simply put, the stated reasons for Professor Felber’s firing are both arbitrary and nonsensical.

According to Professor Felber, the precipitating cause of his conflict with Professor Wilson was her refusal to allow him to accept a grant he had received to fund a prison education program based at the university (cf. Twitter thread).  Given the climate of mistrust between the faculty and administration prevailing at the university as well as the documented influence of overtly racist donors in setting the terms under which the university administration operates, it seems only reasonable for Professor Felber to have requested that any discussion with his Chair about the withdrawal of support for his grant be in writing.

Indeed, the only publicly available reason provided for the firing beyond Professor Wilson’s assertion that she was unable to properly “supervise” his work (while he was on leave from the university), is the statement by the university’s Chief Marketing and Communications Officer Jim Zook that Felber “did not follow the appropriate process for seeking external funding” in seeking funding for the prison education program.  Felber’s mistake, according to the university itself, was running afoul of the development office in seeking to raise money to educate some of the state’s most vulnerable and immiserated citizens.

In the absence of a fuller account of the actual circumstances of Professor Felber’s firing, we understand the firing as an attack on Professor Felber’s commitment to anti-racist political organizing as well as his well-documented history of demanding accountability from the university administration and wealthy donors.

We further note that there is every reason to suspect that Professor Felber’s firing is retaliatory, given his forthright and public criticism of both of the university and its prominent donors.

We, the undersigned scholars, demand a full and transparent account of the circumstances leading up to Professor Felber’s firing, including:

We collectively pledge to refuse all invitations to speak at, conduct professional service for, or otherwise be associated with the University of Mississippi (outside the terms of full-time employment) until this egregious assault on academic freedom is reversed.