Professor Carmen G. Gonzalez published a new article titled Climate Change, Race, and Migration in the inaugural issue of the Journal of Law and Political Economy where she argues that climate change cannot be addressed unless we dismantle the racial hierarchies that have facilitated massive unchecked resource extraction. Racialized communities have long borne the brunt of the fossil fuel-based global economy. They have been subjected to the physical violence of invasion and occupation as well as the “slow violence” of polluting industry. While climate change is caused by the world’s most affluent inhabitants, those most susceptible to climate-related disasters and displacement are overwhelmingly persons classified as non-white. 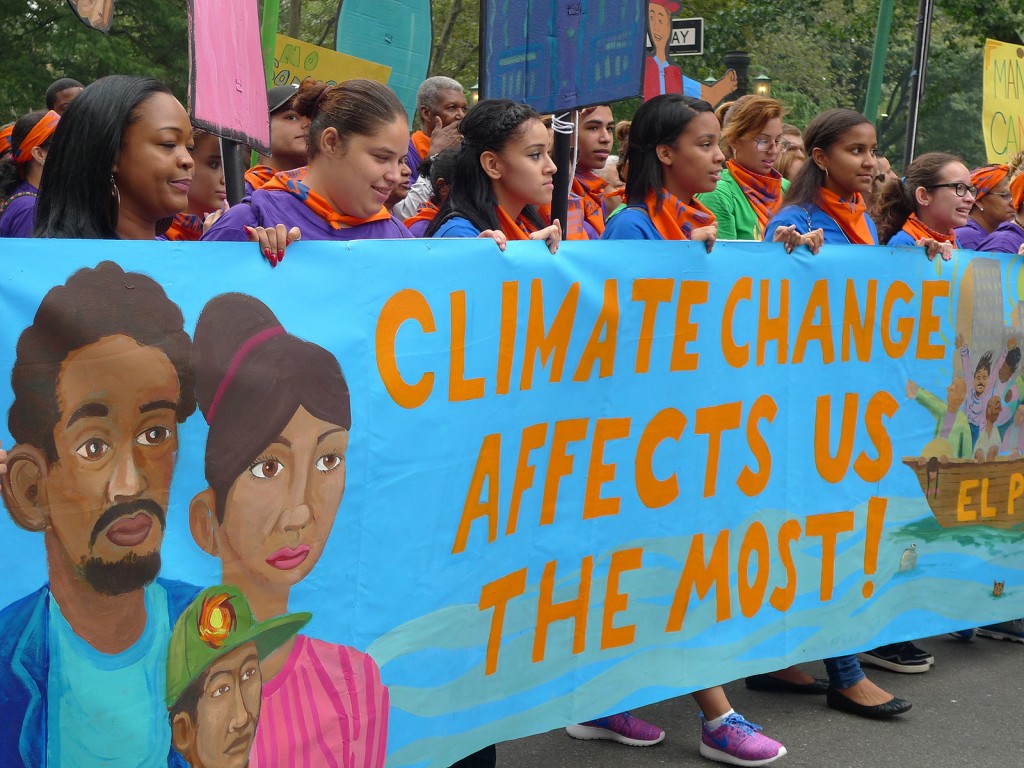 Greenhouse gases do not respect national borders, but national elites deploy racialized systems of border control to perpetuate the illusion that persons classified as white can somehow escape the ravages of climate change by constructing walls and fortresses. Racism enables states and corporations to pursue policies catastrophic to the planet and its inhabitants because the most immediate and severe harms are inflicted on stigmatized populations in the sacrifice zones of the fossil fuel economy.

The article argues that international law has failed to mount an adequate response to the climate crisis. The climate treaties have failed to curb global temperature increases or to provide sufficient adaptation assistance to climate-vulnerable states and peoples.  Even though climate change threatens to displace millions of people, neither the 1951 Refugee Convention nor the climate treaties requires states to admit climate-displaced persons.

Part of the problem is that international law has been complicit in the project of racial and economic subordination – from its origins in colonialism and slavery to the rules and institutions of the contemporary global economy.  In the absence of a binding legal framework, several emerging law and policy responses to climate displacement threaten to reinforce racialized hierarchies and to trap large segments of humanity in places that are becoming uninhabitable.  The article critiques these approaches and offers alternatives grounded in the perspectives and priorities of climate-vulnerable states and peoples.