BLM, Blacks & the Elephant in the Room 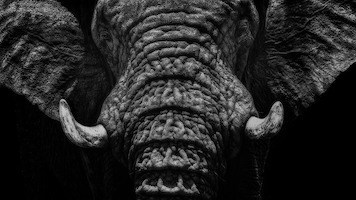 The Black Lives Matter (BLM) campaign, while seemingly targeting a white audience, is a message that needs to be internalized by all races, including black people. In the last decade, BLM has gained political traction by focusing on the mistreatment of Blacks by police. The campaign has enjoyed steady momentum due to the ongoing police killing of Blacks and the steady stream of videos attesting to the brutality.

But then came the killing of George Floyd.

The killing of Floyd was a watershed moment in the annals of police brutality and the BLM movement. It was a primetime killing of an unarmed, compliant, black man, whose life was extinguished over the alleged passing of a counterfeit $20 bill. Videos of the killing went viral in a world stuck in quarantine. Hence, there was literally a captive audience that was forced to sit and witness the plight of black America. That same audience would further witness assault after assault on protestors and the media by police, which laid bare the purpose of the protests.

The ensuing protests and news coverage skyrocketed BLM into a global phenomenon and household phrase. After George Floyd, regardless of what one thought of BLM, the organization, BLM as an idea expanded far beyond. The global resonance and response suggest that Blacks worldwide experience undervaluation. Floyd gave the world a stunning visual that proclaimed black life was not even worth twenty bucks.

The notion “black lives matter” is a sorely needed pathos in American culture, particularly since the country’s legal history is tied to the mistreatment of Blacks. This is especially true when considering that since the time of slavery, Blacks have had to transition from holding the legal status of property to becoming free civilians. From then on, the criminal justice system became the greatest menace to black America.

For example, when it comes to the death penalty, studies have shown that one’s likelihood of being sentenced to death varies according to the race of the murder victim. Statistics confirm that killing a white person is usually a ticket to a death sentence, whereas the killing of a black person is usually met with a prison sentence. Such racial injustice is just the tip of the proverbial iceberg.

Consider that of all homicides in the country, Blacks suffer the greatest number of victimizations. According to the FBI, in 2018, of the total 14,123 killings, 7,407 were black victims, meaning that more Blacks were killed than all other racial groups combined. Hence, while Blacks make up roughly 13% of the total American population, they are victims in over one half of all homicides.

At a bare minimum, the figures suggest that black life is the least valued in America. But the story is more complex because a vast majority of those killings are carried out by Blacks. Of the total homicides described above, nearly forty percent of the perpetrators were black, and when it comes to black victims specifically, the numbers are more startling. According to the same report, of the 2,925 killings that involved a single killer and single black victim, 2600 involved a single black perpetrator.

These figures suggest a simple point: BLM must hone efforts to infuse its message in the psyche of Black America. Even though it is true that racial groups experience intra-racial crime predominantly, these numbers are extreme. Consider that Whites, who make up more than 70% of the American population, had only 77 more homicides in the same category, with Whites experiencing 3,315 single victim killings, 2,677 of which were by a single white perpetrator. Thus, even in the world of race on race crime, Blacks are killed by other Blacks in stunning disproportion to other racial groups.

This is not to say that the killings were because of race, but simply, that black life appears to be devalued even by Blacks. It may be no wonder given the long history of Blacks having to be brutal to survive, from vicious house slaves to the black slave drivers who cracked the whip in the fields, Blacks have been forced to hate their own to advance themselves. After centuries of holding the status of an object that could be beaten, raped, and killed without interference of law, the climb to obtain the status of human has been steep.

From this view, the elephant in the room are those Blacks who need to embrace this message. While Blacks are the overwhelming victims of racism, it hardly means that BLM is a message for whites only. Understanding trends in homicide victimization points to the notion that BLM is a message that we all need to embrace. More critically, it points to the need to promote self-love and other life-affirming practices in black communities. Failure to spot this elephant will doom any movement seeking to promote black lives.