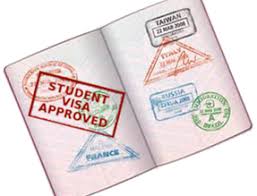 On July 7, President Trump announced a new policy that would in effect cancel foreign student visas, and threatened these students with deportation if they did not attend school in-person (the ban). One week later, on July 14, Judge Allison D. Burroughs of the District Court of Massachusetts, where Harvard University and Massachusetts Institute of Technology filed a lawsuit to halt the ban, reported “the parties came to a resolution” in the plaintiffs’ motion for an injunction to halt the ban.

The government agreed to rescind the ban and its implementation. While the government could conceivably attempt to reinstate the ban, following proper procedure, the settlement was unquestionably a victory for the plaintiffs and foreign students that would be affected by it.

The reasoning behind the settlement may never be known as the matter was settled between the parties. Nevertheless, there are clues from both the facts and the law as to why the government decided to rescind the ban. From these clues, either the government’s counsel, or the court may have advised the government of the likely result of the matter. Counsel for the government probably concluded what plaintiffs’ attorneys and most legal observers determined: this was a case where yet again, the Trump administration was going to lose.

While an agency like the U.S. Citizenship and Immigration Services (USCIS) has some degree of authority to change its previous position and interpretation of the law, there are limitations and procedural requirements. Such requirements exist to avoid overreach and honor separation of powers, and more broadly, for purposes of democratic integrity.

The APA requires an agency to provide the public advance notice of a proposed change by publication in the Federal Register, thereby providing a means for formal commenting on the new regulation. Then the agency is to review and respond to those comments prior to implementing the new regulation.

In this case, akin to the Supreme Court’s ruling in the Deferred Action for Childhood Arrivals (DACA) case, the administration in its zeal to restrict immigration, failed to follow the necessary procedures. The ban was destined fail for the same reasons the Supreme Court invalidated the president’s attempt at rescinding DACA. Federal courts were going to find the administration acted in an arbitrary and capricious manner.

Further, the ban could have very likely been seen to arbitrarily determine, without guidance or the required notice and comment period, when a student is subject to removal based on being out-of-status. This second flaw was an independent basis to reject the ban.

The suits challenged the new ban requesting the courts issue an injunction, or a court-ordered mandate to halt implementation of the ban. When ICE rescinded the ban, the issue became moot. If the case had proceeded, the courts would have likely found that the procedural flaws went to the first prong of an injunction: the likelihood of success on the merits.

The government simply did not have a legitimate basis to disregard the APA. Likely recognizing that they would not succeed on the merits, ICE backtracked, and for now, international students can plan to remain in the U.S. with valid student status and safely attend classes online this fall.

If the court had to consider the next relevant factors in an injunction, the plaintiffs likely would have prevailed in demonstrating that the equities were in their favor, there would have been irreparable harm if the ban went into effect, balancing of the hardships favored them, and public policy was in their favor. Simply put, the ban was going to significantly harm both universities and foreign students without any legitimate benefit to the government or the country.

In addition to the likelihood that the court would have found the president’s plan as yet another effort to avoid playing by the rules set forth in the APA, the president’s proposal could have been understood as an unlawful attempt at making immigration law, exceeding the scope of his authority, and conflicting with Congress’ role.

While the legal challenges were APA or procedural claims, that should not distract us from the underlying ideological motives undergirding this administration’s immigration policies. The abuse of executive authority and efforts to usurp congress’ law making role have been hallmarks of this administration.

President Trump has long railed against “liberal” academic institutions and the attempted ban coincided with his Covid-19 agenda. In the end, the settlement avoided further waste of taxpayer dollars and perhaps undermined what some also saw as a re-election strategy and a means of penalizing universities for deciding not to recommence in-person classes this fall by robbing them of critical tuition and fees. Yet again, the way this administration sought to implement its goals was fatally flawed.

This article was originally published at Bloomberg Law on 07/16/20. Read it here.