Book Review: Stamped From the Beginning - The Definitive History of Racist Ideas in America

Where does one begin to process this richly detailed, cognitively jarring book by Ibram X. Kendi?  No matter your race or gender, this tome on America’s curse – anti-black racist ideas – forces you to examine the country in a different light.  What you thought was racial progress turns out to be merely racism in different forms.

You wonder when, not whether, you have propagated racist ideas.  Most people who would even consider reading a book with “history of racist ideas in America” in its title likely enter the riveting 511-page journey with a ‘liberal mind;’ an open mind.  One presumes you’ll fill the gaps in your knowledge with facts, details, and more proof that America has a race problem.

On that front, Kendi delivers.  But he does much more.  He tells a story three hundred years in the making only to leave you with an unsettling conclusion: America may never be anti-racist. 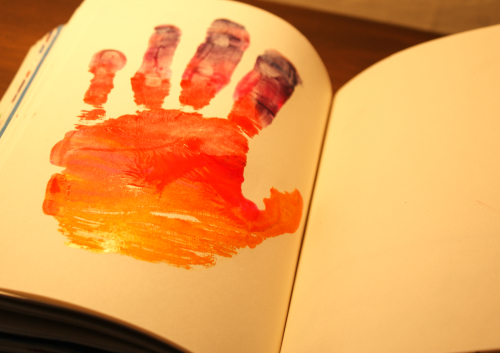 Through the lives of five transformative figures in American history—Cotton Mather, Thomas Jefferson, William Lloyd Garrison, W.E.B. DuBois, and Angela Davis—Kendi (re)tells the bloody, cruel history of slavery, the “Reconstruction” of slavery in other forms, and permanent criminalization of Black bodies.  In too many instances to count, one is left bewildered, disgusted, and astonished at the injustices undergirding the same nation whose mantra is freedom and liberty for all.  To some extent, such revulsions come with the territory of readings on race in America, past and present.

Kendi’s book, however, is not just another history book adding to our knowledge of the trials, tribulations, and accomplishments of Black people in America.

There is no racial litmus test for who belongs to which category.  Yes, more Whites historically are racists, but as we know from the abolition and civil rights era, some of the staunchest anti-racists were White (and immigrants).  Similarly, Blacks are not immune from being racists; although a larger number of anti-racists are Black.

While racists are unquestionably condemned today, it is the assimilationists who arguably have done the most harm.  Kendi’s unpacking of assimilationists brings into sharp relief the adage: the road to hell is full of good intentions.  He shows in meticulous detail how the history of racial progress taught in American schools and mainstream liberal media is really a repacking of racist ideas by assimilationists.

Indeed, Kendi’s critique of the Black elite’s adoption of assimilationist ideology (most of whom were well-intentioned) is perhaps as scathing as those of the White racist, segregationists.  Nefarious narratives of Blacks being too lazy, too dumb, and too selfish insidiously infect what Kendi calls “uplift suasion” perpetuated by Blacks who “made it” in a Eurocentric, Protestant, heterosexual, patriarchal America.

Following that logic, the racists and assimilationist in the nineteenth century shared a solution to the “African problem.” Newly freed slaves just needed to work harder (as if their slave labor had not enriched American white elites) if they wanted to live a materially comfortable life with dignity.  Forget that they had no land, no wealth, no formal education, and until passage of the Thirteenth Amendment, no freedom.  Not to mention the murder, lynching, and rape inflicted on any Black person who stepped out of line, looked up, spoke out, or rose too high.

Vocational education is the solution, cried out Booker T. Washington at the turn of the twentieth century, making him one of the most popular Black men among White elites who wanted nothing more than to create a permanent Black underclass of laborers.  What better scapegoats to direct poor white immigrants suffering from inhumane work conditions, low wages, and long workdays.  No, civilizing the ancestors of slaves through (Eurocentric) higher education is the solution, cried out a young W.E.B. DuBois, one of the most highly educated Black men of his time.  Despite being at odds, neither man was the antiracist Blacks needed to pull out racist ideas from their roots at the turn of the twentieth century.

Fast forward five decades and the same logic is applied to the ‘Black ghetto.’  The so-called “Negro problem” is squarely placed on the shoulders of inner-city Blacks herded like animals by redlining, housing discrimination, and employment discrimination.  According to the assimilationists of the time, Black veterans just needed to work harder (as if they had not sacrificed their lives to fight wars between White people who devalued their lives) if they wanted to live a materially comfortable life with dignity.  Black workers just needed to work harder, stop complaining, and not ask for any government assistance (even though all classes of whites have benefited from some form of government aid since the nation’s founding).  The same record plays yet again in the 1980s and 1990s during the War on Drugs and the War on Crime designed to continue the reconstruction of Black slavery, this time in the form of mass incarceration.

The role of the racists is well known—John C. Calhoun, Woodrow Wilson, Strom Thurman, Richard Nixon, Ronald Reagan, and Donald Trump to name a few.  But what about the anti-racists?  According to Kendi, they are often assimilationists mistaken for anti-racists.  Think W.E.B DuBois and Martin Luther King in their younger years.  Both sought to persuade Whites that Blacks deserved equality on condition they would assimilate into White middle class norms, lifestyles, and behaviors—even though the White middle class wanted nothing to do with Blacks in their neighborhoods, schools, or churches.  Only in their later years, after they discovered that racist ideas had merely mutated to hegemonize their civil rights work, did W.E.B. DuBois and King become anti-racists.

Although assimilationist is a word one expects to find in books about immigrants—from China, Japan, Southern Europe, Eastern Europe, the Middle East, South Asia—Kendi shows how Blacks too are directly harmed by America’s melting pot mantra.  Foreign languages, clothing, lifestyles, and customs must “melt away” for an immigrant to be accepted socially as a citizen, and even that is circumscribed by the color of their skin.  Just as immigrants must assimilate to Anglo-Saxon, Protestant culture and language in order to access work, money, dignity, and power; Black descendants of slaves too must assimilate.

This entails adopting anti-Black stereotypes that indict millions of people based on the bad acts of individuals who happen to share the same racial identity.  For racism is the representation of the race as defined by the lowest common denominator: the poorest, the most violent, the least educated, the least productive, and the sickest.

Any challenge to this fallacious reasoning is deflected by pointing out the “Extraordinary Negro.” If Frederick Douglas, Phyllis Wheatley, W.E.B. DuBois, Booker T. Washington, Henry Belafonte, Sidney Poitier, Bill Cosby, Oprah Winfrey, Barack Obama could rise to such heights of success, then surely racism is not the cause of the disparities in wealth, income, education, employment, health, and incarceration between Blacks and Whites.  If these extraordinary Black people were able to overcome, then no Black person in the land of equal opportunity has an excuse.  Never mind that White people have been receiving public assistance since the nation’s founding.  Free (Indian) land to settlers, low-interest federal home loans and stipends for college tuition to WWII veterans, and preferential treatment in all public services during the Jim Crow era are just to name a few.

Of course, Black assimilationists (like White liberals) may not be conscious of the specious premises on which they build what they believe is anti-racist work.  Kendi notes this is what distinguishes assimilationists from the racists.  It also distinguishes them from anti-racists—whose rebuke of racist ideas invites public censure, government repression, and murder.  Think Nate Turner, Harriet Tubman, Ida B. Wells, Malcolm X, Mohamed Ali, Stokely Carmichael, and Angela Davis—whose life Kendi features in distinguishing between an assimilationist and anti-racist.  Davis paid with her job (she was fired twice from the University of California for being a Communist), her liberty (she spent sixteen months in jail for her Black power activism prior to being acquitted), and most recently in 2018 she was stripped of a major civil rights award on account of her advocacy for Palestinian human rights. 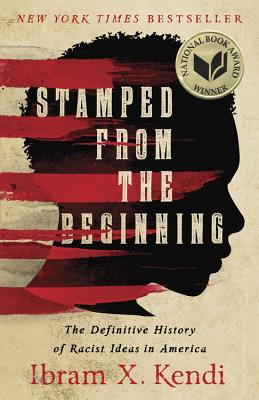 Stamped From the Beginning: The Definitive History of Racist Ideas in America has accomplished what I anticipate is Kendi’s goal: to trigger a transformative intellectual questioning of what it means to be anti-racist.  For too many of us, for far too long, we have mistaken nonracist with anti-racist.  We have left unquestioned the work that coercive assimilationism performs to propagate anti-Black racism. In plain sight, but as obscured as the air we breathe.

Being an anti-racist is hard. It’s unpopular. It’s exhausting. It’s a lifelong commitment.  Which is why after the dust settles from the national anti-Black racism protests (fueled by the latest murders of Black men by police), few anti-racists will remain.  The hashtags will change. The news cycle will move on.  Young activists of all races will grow up, graduate, have families, and move to the white suburbs. When the few anti-racists rise up, Black and White assimilationists will dismiss and rebuke them for making it harder to fight off the racists.

Kendi, thus, ends his masterful book with a warning, echoing critical race legal scholar Derrick Bell’s advice a generation earlier: only self-interest will turn racists and assimilationists into anti-racists.  “Sacrifice, uplift, persuasion, and education have not eradicated, are not eradicating, and will not eradicate racist ideas, let alone racist policies.”

Power will never self-sacrifice away, be persuaded away, or educated away from its self-interest.  Be courageous, yet informed.  The arduous journey continues.

--  Sahar Aziz, Professor of Law and Chancellor’s Social Justice Scholar, Rutgers Law School.  She is the founding director of the Center for Security, Race and Rights and author of the forthcoming book The Racial Muslim: When Racism Quashes Religious Freedom.