When President Trump announced his intention to designate Antifa as a domestic terrorist organisation, his disregard for the upsurge of white right-wing extremist violence was obvious. So, too, was his objective -- quashing political opposition to his administration. 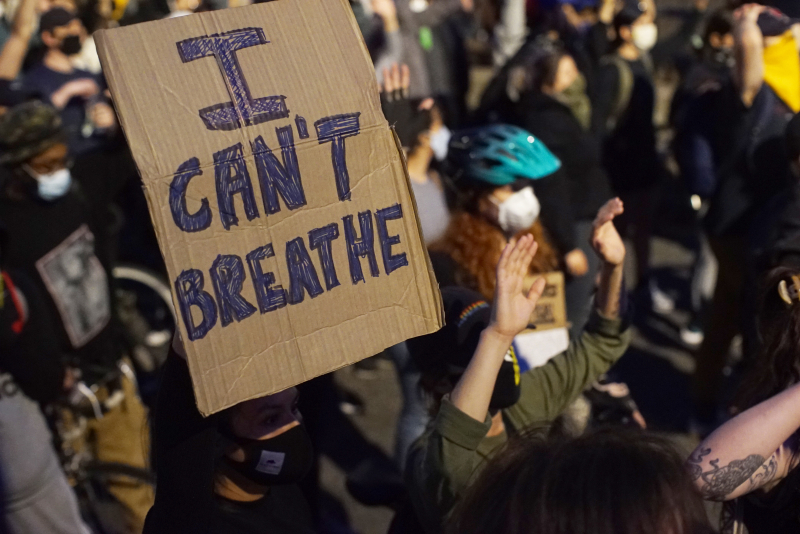 Antifa, short for anti-fascist, is a far-left ideological movement opposed to fascists, neo-Nazis and far-right groups. A loose collective of individuals and local groups, it lacks a chain of command or designated leaders.

Followers of this decentralised movement engage mostly in nonviolent activities such as protesting, giving speeches, tracking fascist groups and hanging up posters. However, Antifa followers, often clad in all black and wearing masks, justify militant anti-fascism action as self-defence of marginalised people against white supremacists. As a result, some have damaged property and physically attacked ideological opponents during protests. None have killed.

In stark contrast, right-wing hate groups have inspired some of their followers to kill 106 people between 2001 and 2016, according to the US Government Accountability Office. In Trump's first year as president, right-wing groups were responsible for 31 violent attacks.

And yet, not once has Trump called for one of the nearly 1,000 right-wing extremist groups to be designated as a domestic terrorist organisation.

His double standards were on full display in 2017, when he claimed Antifa shared some of the blame for the murder of Heather Heyer during the Unite the Right protest in Charlottesville, Virginia. Heyer was killed when a self-professed neo-Nazi drove his car into a crowd of anti-fascists protesting against the far-right racist groups attending the rally. Refusing to acknowledge that the protest was organised by white supremacists, Trump stunningly stated that there were "very fine people on both sides". Those so-called fine people included hundreds of Klansmen, Alt-Knights, and the Proud Boys - all of whom are eager to start a race war.

Meanwhile, Trump categorically smears Muslims as "terrorists". Since 2015, he accused Islam of being a violent ideology, suggested creating a "database of all Muslims in the US" and issued a Muslim Ban. He continues Bush and Obama's legacy of focusing on Muslims in domestic counterterrorism enforcement.

Indeed, Muslims have been the boogeymen propped up by both the Democrats and the Republicans to funnel billions of dollars to the FBI, DHS and DOJ National Security Division. The money, in turn, funds tens of thousands of counterterrorism agents, intelligence officers and prosecutors conducting surveillance, investigations and sting operations in Muslim communities under a preventive model of counterterrorism policing.

These activities had a chilling effect on Muslims' free speech and freedom of religion, and caused many of them to self-censor and refrain from political activism - precisely what the government wants. Trump now wants to expand this rights-infringing schema to his left-wing opposition.

Notably, the grave damage to Muslims' civil rights and liberties occurs through enforcement of international terrorism laws because only foreign organisations can be designated as "terrorist". No law exists authorising the designation of a domestic group as a terrorist organisation. However, domestic terrorism is defined in 18 USC 2331(5) as "acts dangerous to human life that occur primarily in the United States, violate federal or state criminal laws, and are intended to intimidate or coerce a civilian population or influence government policy by intimidation or coercion".

Should Congress pass a law authorising domestic groups to be designated as terrorist according to this definition, it would be the death knell of political groups disfavoured by whoever is president at a particular time.

Individuals associated with the designated group, even if not engaged in violent acts, could be prosecuted for material support to terrorism and imprisoned for up to 15 years. Donating funds, providing training, joining protests and other non-violent actions associated with designated domestic groups would be illegal.

The counterterrorism preventive model would also invite pre-emptive surveillance and investigations based on people's ideologies, associations and political memberships.

A domestic terrorism law, thus, would regress the nation back to a dark era when the law was weaponised to quash domestic political dissent. During the 1950s and 1960s, the infamous COINTELPRO under J Edgar Hoover deployed tens of thousands of informants and undercover agents to infiltrate and disrupt the Black Panther Party, Nation of Islam, Southern Christian Leadership Conference, anti-Vietnam war protesters and other civil rights groups.

Moreover, calls for a new statute that would allow for domestic groups to be designated as "terrorist" based on "national security" are belied by the fact that prosecutors can already choose from more than 51 criminal statutes, including murder, possessing or using weapons of mass destruction, bombing and assassination to prosecute politically motivated violence.

But being labelled a terrorist carries a heightened stigma, which in turn gives licence to the FBI to be more aggressive in their surveillance and investigative tactics.

Designating Antifa as a terrorist organisation would not only change the public view of Antifa as a radical political group that, while fringe and occasionally violent, falls under Americans' expansive notions of free speech. It would unleash the full force of the government's counterterrorism regime against political dissidents on the left. Nonviolent acts such as tracking fascist groups, counter-protesting against white supremacists, publicly defacing flyers of neo-Nazi speakers, and opposing law enforcement, would be treated as unlawful material support for terrorism.

Absent the terrorist label, the government must be much more careful to focus on violent acts, not radical speech or ideology, in how it investigates Antifa and other groups on the extremes of the political spectrum.  Officials who abuse their power will find themselves subjects of Inspector General Reports exposing illegal surveillance of activists engaging in First Amendment protected activities, which occurred under the Bush administration.

To be sure, Trump's primary targets of a domestic terrorism law will be left wing and minority activists.

But over time no one will be immune from being criminalised for their dissent - leaving us bereft of our strongest defence against authoritarianism.

-- This article was originally published on Al Jazeera here.