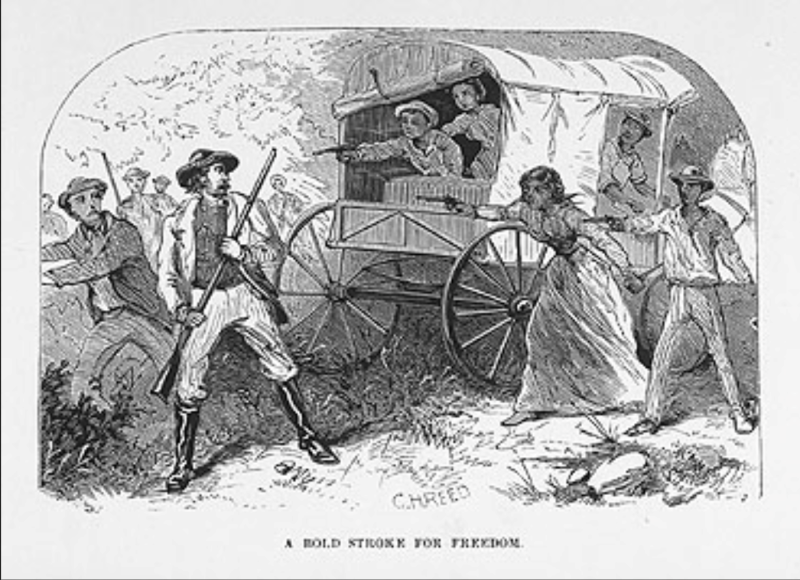 3/13/2020   -       Breonna Taylor was killed by police while sleeping in her own home when they executed a warrant for someone who did not live in her complex and who was already in police custody.

5/25/2020   -       George Floyd was killed while handcuffed and pinned to the ground by a police officer’s knee as he gasped for air and repeatedly told officers he could not breathe.

These stories repeat––white people killing Black people with extreme and unnecessary force. These stories repeat because, for centuries, our law has reinforced the myth that persons of color are inherently dangerous. Our law has encouraged, sometimes required, white men and women to take justice into their own hands while simultaneously vilifying innocent behavior by Black people and never allowing Black people to take justice into their own hands. Our nation’s white supremacist past shapes today’s legal system, implicitly condoning these killings.

In the antebellum South, the two white men who shot and killed Arbery would have been following the letter of the law, not committing a murder. As the regime of slavery became entrenched, laws emerged requiring free white people to band together and hunt down runaway servants and enslaved persons. For instance, as of 1765, Georgia required all able-bodied white men and women between 16 and 60 to participate in nightly patrols of plantations and towns. Although later amendments limited the Patrols to men between the ages of 16 and 45, the law endured until slavery was abolished by the Thirteenth Amendment.

In Glynn County, where Arbery lived, these patrols would have surveilled the 357 enslaved persons on the Hofwyl-Broadfield Plantation and the 637 enslaved persons on the Hopeton-Altama Plantation to root out any sign of insurrection and rebellion. Patrollers possessed full authority to search these plantation’s slave quarters, to confiscate illicit firearms and ammunition, and to ferret out any runaways. Enslaved persons found wandering off Brunswick’s rice plantations, into the marshes or among the trees where Arbery ran, were immediately apprehended. As a “correction,” the law permitted patrollers to physically torture any enslaved person found out of bounds with a whipping (“not more than twenty lashes”). Georgia’s patrol law remained in effect until the end of the civil war, but Arbery’s murder is its legacy.

As the Confederacy’s power waned, shortly before the end of the Civil War, Georgia enacted a statute permitting private person arrests, more commonly known as a “citizen’s arrest.” This statute permitted the Slave Patrols to continue under the auspices of a “neutral” label, and most states have a citizen’s arrest statute on the books to this day. The current Georgia Citizens Arrest statute permits any private citizen to arrest another under the belief that the other has committed an offense or is escaping or attempting to escape after committing a felony. This language is virtually identical to that adopted in 1863, a time when Black people were still considered property in the South and even freed Blacks were subject to being re-sold into slavery if they returned to the state. Consider how at that time, there were numerous laws controlling the movement and activities of Black people. White people were vested with the power and responsibility to arrest any Black persons who were violating these laws, but Black persons did not enjoy the same freedom or responsibility to police the behavior of white people. The racial implications of this law endure today to justify the belief that whites, fueled by racial bias, should overpower and subdue Black “offenders” to reinforce superiority and supremacy.

The murders of Arbery, Taylor, Floyd, and countless others are the legacy of a past that has endorsed white superiority at the expense of Black lives. Furthermore, it seems like there is little that Black people can “appropriately” do to protest the unjustified killings occurring across the nation. After violent crime, there is a powerful human impulse for retribution.  Persons of color are denied this salve. In viewing the history of violence against Black people, enslavement, bloody corporal punishment, lynching, Jim Crow terrorism, and mass incarceration, the law has never punished white offenders appropriately, as individuals or collectively.

Protest offers some solace for mourning and resistance, but, as the protests have borne out, brutal force is routinely used against protesters speaking out on issues affecting people of color. In contrast, when people protest issues affecting white people, we are told “there are very fine people on both sides.” When gun-toting protestors recently demanded an end to pandemic lockdowns, they were met by Officer Friendly.  Just as the antebellum Slave Patrols deployed violence to control the enslaved persons who were property, reactionary violence was encouraged against protestors standing up for justice for people of color. Despite that fact that human enslavement was formally abolished more than 150 years ago, the law (yes, law enforcement is the law) still uses painful, injurious violence to maintain social and racial control while tacitly condoning the actions of far-right denizens who openly carry loaded automatic firearms,  which signal a frightening willingness to engage in self-help to achieve “liberty,” or worse, “white justice.”

In the days following Arbery’s murder, the media portrayed him as a suspicious other, someone out of place, and passively described the incident as a shooting, not a murder—as if it were accidental or warranted. The media’s framing of the story mirrors the colonial and antebellum narratives that freely moving persons of color must be apprehended and “corrected,” even if correction results in death. We have been trained, and the media reinforces, that white people, especially white men, can behave as violently and aggressively as they want while Black people must calmly submit and respectfully obey.

The dangers of doing anything “while Black” have not diminished since 1765––jogging, sitting at home, bird-watching, protesting. For Black people in this country, the audacity to be free has always been a mark of suspicion worthy of death. While the South’s violent slave codes may have been repealed long ago, their white supremacist legacy remains deeply embedded in policing practices, both formal and informal, throughout the nation.