In a 1962 essay for The New Yorker Magazine the renowned African American author and public intellectual James Baldwin wrote a widely cited quote: “Whatever white people do not know about Negroes (the acceptable term at the time) reveals, precisely and inexorably, what they do not know about themselves.”[1]

Almost fifty years later his words still ring true.  The rebellions in urban areas throughout the United States following the murder of George Floyd, an unarmed and handcuffed man, at the hands of four police officers are not surprising to African Americans like me who came of age during the Watts Riots of August 1965 and the Detroit riot of July 1967 and who lived through the riots following the assassination of Martin Luther King in April 1968 not to mention the 1992 Los Angeles riots following the acquittal of the police officers whose beating of Rodney King was captured by a neighbor’s video camera.  More recently I lived through the rebellion in Baltimore following the death of Freddie Gray at the hands of police – white and black in 2015. 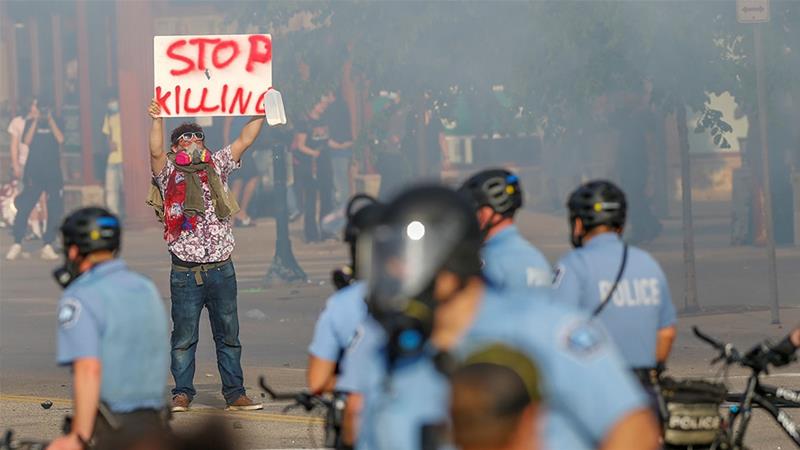 There were other rebellions. More importantly there are countless other unarmed black men and some women who died at the hands of police officers, or like Ahmaud Arbery in Georgia, with the tacit approval or urging of the police.  Also not remembered is the response to these rebellions - usually regressive criminal “justice” legislation like the 1994 Crime Bill enacted by Congress following the 1992 rebellion.  These measures triggered, and helped fund, the militarization of urban police forces.

Friday night MSNBC news commentator Brian Williams watching the disturbance in Minneapolis kept bemoaning the loss of property wondering why no police were protecting property from fire and destruction.  In contrast, I kept wondering about why American society continues to ignore the daily pain of the people in the streets – some poor, many non-white and disproportionately impacted by the coronavirus yet compelled by economics and the absence of any social safety net to work in “necessary” occupations other than health care provider, firefighter or police officer.  They are the invisible workers in meat and poultry packing plants, transit and sanitation workers, store clerks and stockers who often work for less than livable wages, have little or no healthcare, and yet who manage to survive.

The nation-wide rebellions are about more than the death of yet another unarmed black man at the hands of the police.  Poor and nonwhite people understand that the role of the police in their neighborhoods is as overseers for the wealthy propertied class.  Their job is to control the underserved and disdained segment of America’s population – protect white space.  The police are the warriors for the wealthy and powerful.  They are trained to protect the people and property in white wealthy neighborhoods and commercial districts.

I am tired of television pundits nationwide looking on in wonderment.  The answers of non-white “race experts” ignored because the systemic changes required to eliminate racial disparities are not limited to the criminal justice system but include other major institutions, public and private of our society. Public intellectual Jelani Cobb recently remarked that we have known the answers to the why question since at least the aftermath of the 1935 Harlem  riots.  There are many reports linking these riots to over-policing, persist inequality in all aspects of life triggered by racial discrimination and bias.  Our response is always more police.

American society also needs to tackle the rampant anti-black bias deeply embedded in the minds of white Americans.  But aggressive efforts to change racial attitudes would result in loss of white privilege.  White privilege is a key goal of the ideology of white supremacy. White privilege is a part of the willful blindness of the white America Baldwin writes about.  It is glaringly represented by Amy Cooper’s actions in Central Park less than a day apart from George Floyd’s death.  In response to a polite request from an African American birdwatcher to put her dog on a leash, as required by park regulations in that area, Cooper got angry and threatened to report the man to the police if he did not stop filming her.  He continued to document the encounter capturing the woman in hysteria mode several yards away phoning the police and claiming that an African American man was threatening to assault her.

We must accept that anti-black animus is built into the foundation of this nation.  It is included in the mortar of slavery on which the current economy was built.

The poet Audre Lorde famously wrote: “the master’s tools will never dismantle the master’s house.”  The question for those of us in the legal academy who often are the architects and welders of these tools, is whether there is another way. If so we must find it.