By Nadia B. Ahmad 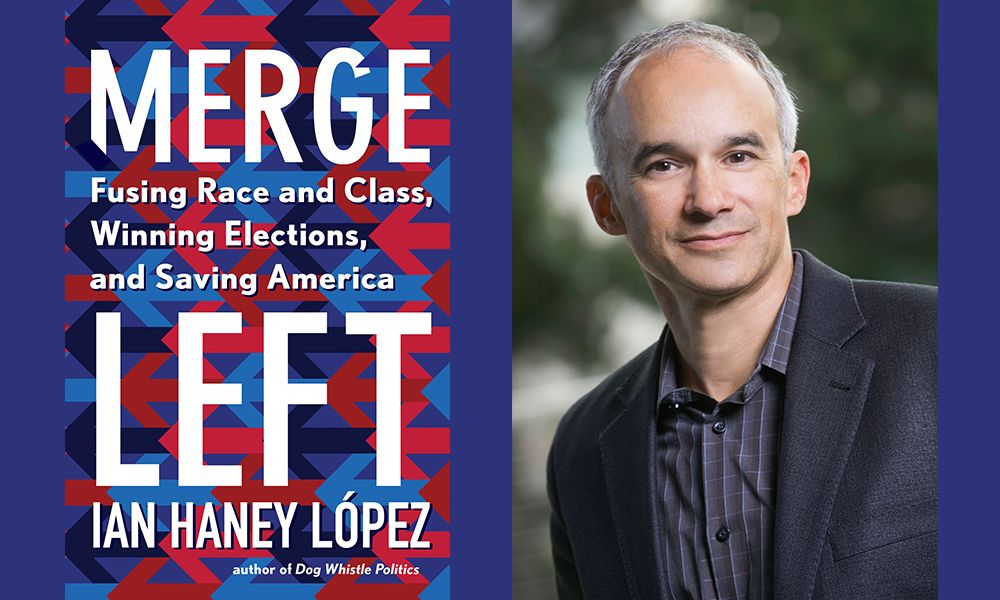 Below is an excerpt from Professor Ian F. Haney López's (Berkeley) interview in the Los Angeles Review of Books regarding his book, Merge Left: Fusing Race and Class, Winning Elections, and Saving America. Haney López is the Chief Justice Earl Warren Professor of Public Law at the University of California, Haney López has co-chaired the AFL-CIO’s Advisory Council on Racial and Economic Justice, and co-founded the Race-Class Narrative Project.

And of course building momentum for cross-racial class solidarity requires not solely persuading working-class whites to see their own self-interest in such campaigns, but persuading many activists of color to recognize that coalition-building of this sort will provide the most pragmatic means for reversing the mass incarceration, mass deportation, and the systemic public neglect so acutely concentrated in certain black and brown communities. Here could you describe your own sympathetic perspective on, say, young people facing structural discrimination every single day feeling understandably skeptical of a political narrative that frames working-class whites as themselves victims of strategic racism?

When politicians campaign by warning about dangerous and undeserving people of color, they govern by building prisons and cutting off needed government protections and assistance. Mass incarceration, mass deportation, public schools starved of resources, welfare and job programs slashed to ribbons — these are forms of violence. And for dog whistle politicians, this is also political theater, the drama that reinforces their campaign lies about threatening and lazy people of color.

To make this a bit less abstract, let’s talk about police violence against black communities, including racialized mass incarceration. How did this arise? The root causes do not point back to a culture of racism among the police (though we do have that). The racial violence produced by our criminal justice system reflects much more than an inheritance from slavery and Jim Crow (though we can make some connections). The broader structures of US racism provide an important background, but only that.

Instead, racialized mass incarceration emerges directly from dog whistle politics — starting with Nixon exploiting “crime,” “thugs,” and “drugs” as dog whistles for dangerous black and brown people. “It’s all about the damn Negroes and Puerto Ricans,” Nixon said after watching one of his own TV commercials on law and order. Then Ronald Reagan and eventually Bill Clinton developed their own campaigns warning voters in coded terms about violent people of color. And immediately upon election, their slogans became real bullets and bars, with both Republican and Democratic officials calling for more and more police, for imprisoning more and more people of color.

Now, is there significant resistance among racial-justice activists to pivoting away from the idea that racism primarily pits whites against people of color — toward this idea that racism primarily constitutes a class weapon used against almost all of us? Yes, most definitely. Many activists have long and bitter experiences with white liberals who proclaim their support for racial justice but do precious little to make this a practical reality, or who actively frustrate movement toward a racially egalitarian society.

But even so, when we recognize that the taproot of government violence against communities of color reaches deep into dog whistle politics, this should impel us to shift our vision of racial-justice organizing. I myself moved into this research because I wanted to contribute in some way to ending mass incarceration. And the reality is that if you want to end mass incarceration (really end it, and instead rebuild devastated communities), then you have to make clear to large numbers of white voters that they have their own interest in defeating dog whistle politicians.

The political coalition that ends government violence against communities of color and instead invests in repair will be (must be) multiracial. People of color by themselves cannot marshal sufficient political power. Now, you can read Bell’s interest-convergence thesis as a moral critique of white communities, as specific to this particular group who will never act on anything except their own self-interest. But that’s not what Bell meant. No racial group is especially moral, or especially self-interested. So instead, Bell intended his thesis to offer a pragmatic analysis about how big change happens, and what is required to move forward, to build sufficient power to end forms of active racism and jump-start progress toward real equality.