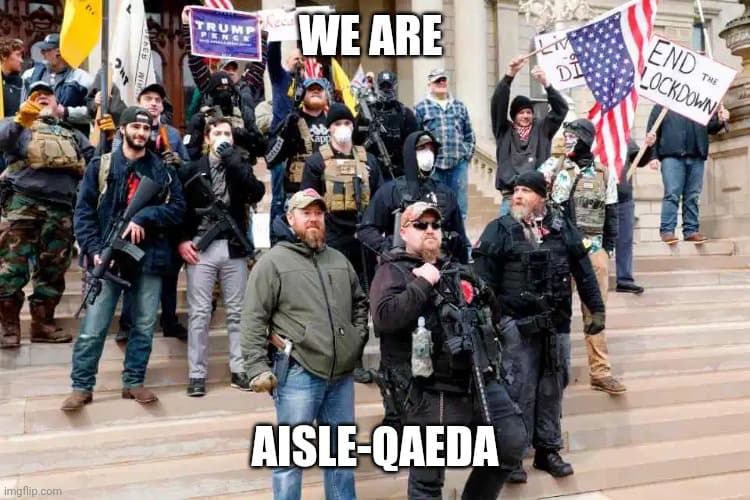 Only white people in America can do this. 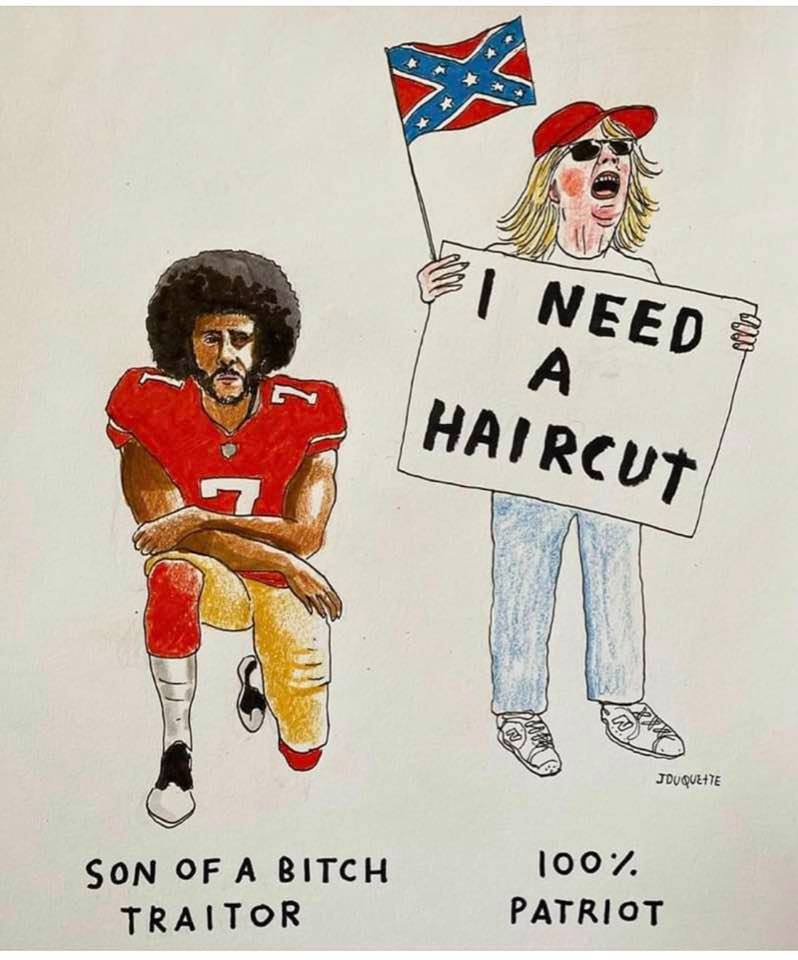 The livid mobs of white housewives and gun slinging male counterparts have unleashed a spectacle that is as wild as revealing. One need only imagine were the races flipped, and instead, large numbers of black and brown bodies protested this way, with large numbers going around, disobeying orders, and with wanton disregard for infecting others. There would be an undoubted spike in jail, hospital, and morgue services. One would suspect that tarring, feathering, and lynching would make dramatic comebacks.

Yet, Whites get to do this while bearing firearms. The current protests flip the reality of black life upside down. That these people are out risking lives and disobeying orders is in stark contrast to the way black protestors are forced to engage in protest. In the present, nurses and doctors have seemingly been a greater check on the protestors’ conduct than police. Meanwhile, when it comes to minority gatherings to protest police killings, police have not hesitated to crack down on protestors and disrupt events (remember Ferguson). Thus, as it is with the criminal law, when it comes to the First Amendment, Blacks are afforded an abridged version of the right—the right to assemble is far more limited.

On social media, memes and other types of messaging display the two-tiered system at play. It shows how peoples’ physical freedoms and free speech are treated dramatically different depending on racial privilege. These are some of our favorite sightings. 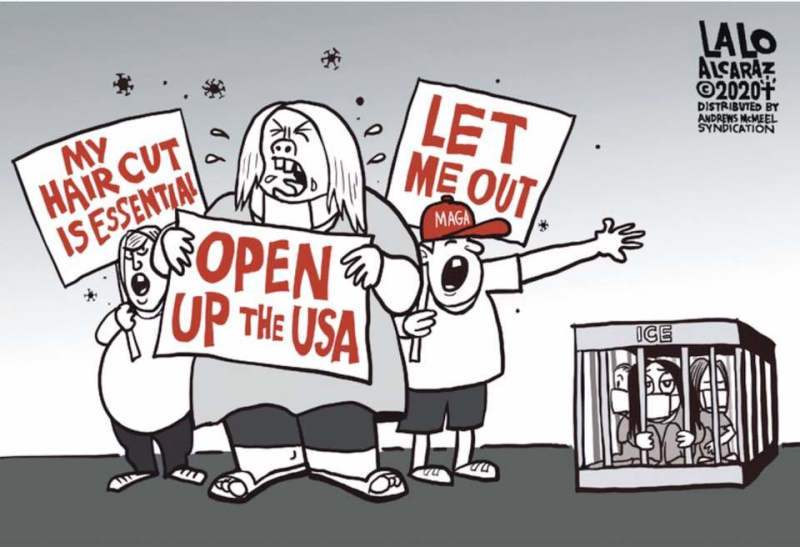