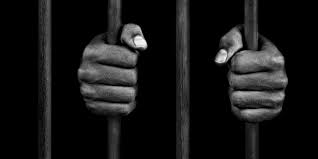 The Senate trial of Donald J. Trump (DJT) is a slap to the face of American sensibilities. After all, when it comes to trials, Americans know a thing or two from TV shows like L.A. Law, Law & Order, and Bull, all the way back to Matlock and Perry Mason. At the very basic, most know that a trial is where facts and evidence are brought to light. Viewers expect dramatic cross-examinations and new evidence to be discovered during the course of the trial, that is, we expect real events to unfold. Perhaps this is why there is only moderate interest in the current impeachment trial—there is no suspense because the trial has been gutted by the Senate—we already know the verdict.

More specifically, the trial is a slap in the face of every citizen who has been tried and punished by the justice system. For the millions who are currently locked up in jails, prisons, and detention centers, it especially stings. Not only does DJT get a fixed trial, he gets to keep his job—and keep playing golf in the free world. One might only imagine how this spectacle appears before people who have stressed and ached through real trials, where the prosecution had subpoena power to get testimony and evidence into court. DJT’s trial, instead, reads like a criminal fantasy novel, where a rich shyster who finagles his way into a presidency manages to get a trial with no witness, no subpoenas, and jurors who are not even present.

As such, the trial also strikes a chord with justice advocates due to the racialized nature of the proceeding. As DJT is shielded and advantaged in every possible way by a hoard of white senators, a neutered prosecution that includes racial minorities is prevented from getting witnesses and documents into court. White senators protecting DJT at every cost also contrasts with the black and brown skin of those incarcerated. The imagery confirms the idea that America has two justice systems—one for Whites and one for “others.”

Even the very fact that DJT is having a trial flips the normal scenario on its head. That is because most who get convicted in the criminal system don’t go to trial in the first place. Nearly all criminal cases are disposed of through some sort of settlement or plea deal, which secures a criminal conviction without the pain of having to go to trial. From this perspective, under normal circumstances, DJT should have “pled out” long ago and not even gone to trial.

For indigent defendants who decide to exercise the right to a jury trial, it is a perilous journey since most rely on public defenders who are notorious for having enormous caseloads, low pay, and few resources to do their job. Often going to trial makes little sense since an indigent defendant lacks resources to mount an effective defense against the prosecution. As a result, many defense lawyers are amenable to deal-making rather than going to trial and losing. Thus, whereas many black and brown defendants get convicted with less than zealous representation, DJT is able to rely on a defense team that has clout and nearly unlimited resources.

Although a live trial of a sitting American president should have been the blockbuster TV event of the century, as ratings go, it was something of a dud, receiving some eleven million viewers at its zenith. For a country that loves its court shows, the viewership is pretty weak. Perhaps all the mystery and drama were zapped once it was decided that there would be no witnesses or evidence. Bolton, Giuliani, and Pompeo among others are the real stars Americans want to see. They are the witness who would have boosted ratings to the stratosphere.

The so-called trial of DJT resembles nothing that Americans are used to seeing when it comes to trials, even less for those with first-hand experience. The proceedings deliver a blow to racial justice and the rule of law. Indeed, DJT has not even bothered to attend his own trial. That alone conveys a luxury that most defendants could never afford. To be sure, his trial portrays a system that’s rigged to line the pockets of the wealthy; the racialized nature of the spectacle reveals the depths of white privilege and underclass oppression.