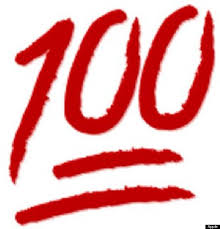 Make no mistake – the individual that has been taking up space in the Oval Office for the past 100 days rose to power on the wings of good old-fashioned American racism.  However, attacks on Hillary Clinton by Black “intellectuals” were a powerful wind beneath those wings.

Even though the 2016 election was decided months ago, as we reflect on the past 100 days, there are several reasons why we must discuss who is to blame for the outcome.  First, a problem is unsolvable until its causes are identified.  A major factor in Clinton’s loss was low turnout by Black voters.  If people of color had shown up in Michigan, Ohio and Pennsylvania, Hillary Clinton would be president.  But rather than encouraging people of color to turn out for Clinton, these Black “leaders” encouraged the third-party option long after it was responsible. Though it was crystal clear to most that a Trump victory would be disastrous for Black America, too many Black “intellectuals” with public platforms used their voices to mock Hillary Clinton, tell their audiences that Hillary Clinton and Donald Trump were one and the same, or to praise Jill Stein, the candidate preferred by the patron saint of lost causes.  These continued and relentless attacks on Clinton were likely enough to convince wavering voters– particularly young Black voters – to stay at home.

This is particularly distressing because when Black folks show up, Democrats usually win handily.  However, Democrats usually lose ground in midterm elections because their core constituencies – young people and people of color – are less likely to vote in off year elections.   Meanwhile, the GOP’s older and whiter base continues to turn out in force.

It is critical that the Democrats regain control of both houses of Congress in 2018.  The White House will remain in hostile hands, but a solidly Democratic Congress can stop Trump from implementing his agenda.  But if those who encouraged people to stay home or vote third party in 2016 continue to spout the same reckless nonsense over the next eighteen months, it could prevent a Democratic victory in 2018 – and perhaps even 2020.  This cannot happen.

Second, while several factors caused the results in 2016, Black “intellectuals” must take responsibility for their role in creating the current political quagmire.  Each of the past 100 days has presented a new nightmare for marginalized people.  The White House has rolled back protections for LGBT people, particularly transgendered persons.  The Attorney General plans to weaken the consent agreements entered into by police departments across the nation.  The newest Supreme Court justice will likely provide the vote that will kill the Voting Rights Act – or at least put it in a permanent vegetative state.  Immigrants – including children who had no say in the decision to move here - are being deported.  Support for private prisons has been increased.  Plans for the border wall are progressing.   And while Obamacare is safe for now, at any point, the GOP could pass a bill to repeal it.

None of these things would have happened under President Hillary Clinton.

Even if it was somehow reasonable to think that Trump and Clinton were identical on racial issues prior to the election (spoiler alert: it wasn’t), the past 100 days have conclusively proven that this is not the case.  As such, anyone who says that the Democratic candidates in 2018 and 2020 are no different than their GOP counterparts deserves to be ignored like a call from a telemarketer.

Third, the logic of these “intellectual” left much to be desired.   The most common argument offered was some variation on the “voting my conscious” theme.  This is a dangerously cavalier attitude.  We have learned the hard way over these past 100 days that voting has consequences far beyond the individual.  Prioritizing the self over the community in this instance was not an act of conscience, but of ego.   Conscience dictates that we do what is best for others even when it may not be best for us.  Ego drives us to do what is best for ourselves even when it harms others.   If these talking heads continue to prioritize themselves and their agendas over what is best for the most marginalized, they deserve to be ignored like a piece of mail addressed to “Occupant.”

Another problem with the logic employed in 2016 is that the folks in question savaged a perfectly good candidate in the outlandish hopes that a “perfect” candidate would win.  Settling for the good is not as emotionally satisfying as crusading for the perfect.   But we live in serious and dangerous times.  Such times call not for frivolous crusades, but for relentless practicality.  Being practical is not exciting, but the time for childish pipe dreams is over.  In this current climate, we must devote our energy into preventing any further harm to immigrants, the poor, women, people of color, and other marginalized populations.

It is critical that we remember not to sacrifice the good for the potentially perfect going forward.  The Democrats are not perfect.  They are going to make mistakes.  They are going to frustrate us.   This result is inevitable because no one is perfect.  But while the Democrats are not perfect, they are good.  In the past 100 days, though they have had very little power to stop Trump, they have done what they can to frustrate his efforts and to speak for those that he is attempting to harm.   That is good.  And for now, good will have to be good enough.  Anyone who says otherwise in 2018 or 2020 must be ignored like an e-mail from a Nigerian prince seeking help with his fortune.

Over the past 100 days, it has become clear that all but the wealthiest and whitest Americans will suffer greatly under the current regime.  There is only one way to stop this suffering.  We should protest, but protests won’t stop deportations.  We should boycott stores that sell Trump products, but that won’t change the Supreme Court.  We should continue to mock Trump mercilessly, but what he has done in the past 100 days is no laughing matter.  The only way to begin to repair the damage Trump has done is to use our votes to limit his power in 2018 and then to kick him out of office in 2020.

Anyone who tells you otherwise deserves to be ignored for the next 100,000 days.