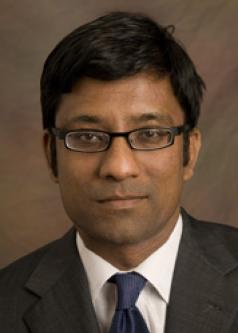 The zealous defense of property is closely aligned with the rule of law in the American constitutional tradition. The Takings Clause of the Fifth Amendment vindicates both property rights and the rule of law by prohibiting arbitrary, lawless state action. But the standard story linking property rights, legality, and a constraint on arbitrary governance is more commonly stipulated than analyzed. This Article uses a dramatic break in Takings jurisprudence, the Supreme Court’s June 2021 decision in Cedar Point Nursery v. Hassid, to closely scrutinize the relationship between legality and property rights. To that end, it offers first a careful analysis of the sharp rupture that Cedar Point makes in Takings jurisprudence. Not only is the Court’s result difficult to explain in terms of traditional legal methods, it also destabilizes a previously predictable litigation landscape and so engenders profound uncertainty on the ground. There is, further, no obvious way for the Court to restore stability and predictability to the doctrine. So Takings law will likely prompt confusion, not certainty, for the foreseeable future. As a result, a judicial vindication of property rights comes at the paradoxical cost of dramatically increasing the space for decisions unguided by law by one group of officials in the judiciary.

This close reading of Cedar Point invites more general analysis of the complex, nuanced relationship between the rule of law and property. Drawing on the general jurisprudential theories of H.L.A. Hart and others, the Article explores ways in which the rule of law can be incompletely realized in paradoxical and harmful ways. Placing property at the center of the rule of law, it shows, can be consistent with, or even an incitement to, serious derogation of the rule of law. Doing so can undermine rule-of-law goals, such as constraining arbitrary rule and fostering social welfare. This suggests a need to decenter property rights in accounts of the rule of law, and to explore, in more nuanced fashion, how the practice of judicial review mediates systemic values of legality and predictability.