Mandelker and Alexander on Land Use and Discrimination

Voter participation in the land use process can discriminate against minorities. Assume a city council approves an amendment to the zoning ordinance that authorizes an affordable housing project. The amendment attracts opposition because the project will be open to minorities. Voters who oppose the project place a referendum on the ballot, an election is held, and the amendment is rejected by popular vote. Similar problems arise when voters adopt a constitutional or city charter amendment that bars effective action to prevent minority discrimination. Assume a city adopts an inclusionary housing program that requires developers to provide affordable housing and prohibits minority discrimination. Voters place an initiative on the ballot that would amend the city charter to prohibit inclusionary housing programs, an election is held, and they adopt the charter amendment.

Initiatives and referenda like these are facially neutral but raise minority discrimination problems, which the Supreme Court considered in a series of cases. Its decisions are mixed, and it rejected initiatives that had racially discriminatory impacts in some cases. The constitutional basis for these cases was not always clear, and some preceded the critical holding in Washington v. Davis that proof of racial discrimination under the Fourteenth Amendment requires proof of discriminatory intent. The Court changed direction in a recent case, where a plurality upheld an initiative that prohibited afﬁrmative action in higher education.

Commentary suggests that cases holding initiatives unconstitutional applied a political process doctrine based on a famous footnote in U.S. v. Carolene Products Co. In that footnote, Justice Stone asked “whether prejudice against discrete and insular minorities may be a special condition, which tends seriously to curtail the operation of those political processes ordinarily to be relied upon to protect minorities, and which may call for a correspondingly more searching judicial inquiry.” The footnote’s application to the land use process is clear. In the examples at the beginning of this article, a referendum or an initiative rejected a decision made by legislative representatives, and curtailed a political process used to protect minorities. Rezoning for housing available to minority groups was displaced by popular referendum, and an initiative rejected a legislative program that beneﬁted minorities.

The political process doctrine has two prongs. The ﬁrst prong requires that an issue that raises a political process problem must be minority sensitive “in that it singles out for special treatment issues that are particularly associated with minority interests.” The second prong requires a showing that voters removed a decision associated with minority interests to a higher level of government, where it was insulated from change except through change at the higher level. A mere repeal of protective legislative action does not satisfy this prong. There must be repeal plus a modiﬁcation of the normal political process for making political decisions. An initiative can accomplish this change.

Supreme Court cases that rejected initiatives because they were racially discriminatory did not explicitly embrace or explain a political process theory, but acceptance of this theory is implicit. A recent plurality decision by the Supreme Court, Schuette v. Coalition to Defend Afﬁrmative Action, Integration and Immigrant Rights and Fight for Equality By Any Means Necessary, damaged these early decisions, damaged judicial protection against racial discrimination by popular vote, and rejected the political process theory. We begin with Supreme Court cases, discussed in Schuette, that invalidated racially discriminatory initiatives. We then discuss Schuette, and what it means for the future of racial plebiscites as they affect the land use process. We then discuss two Supreme Court cases not discussed in Schuette where the Court upheld racially discriminatory initiatives, and what these cases mean for the Schuette decision. 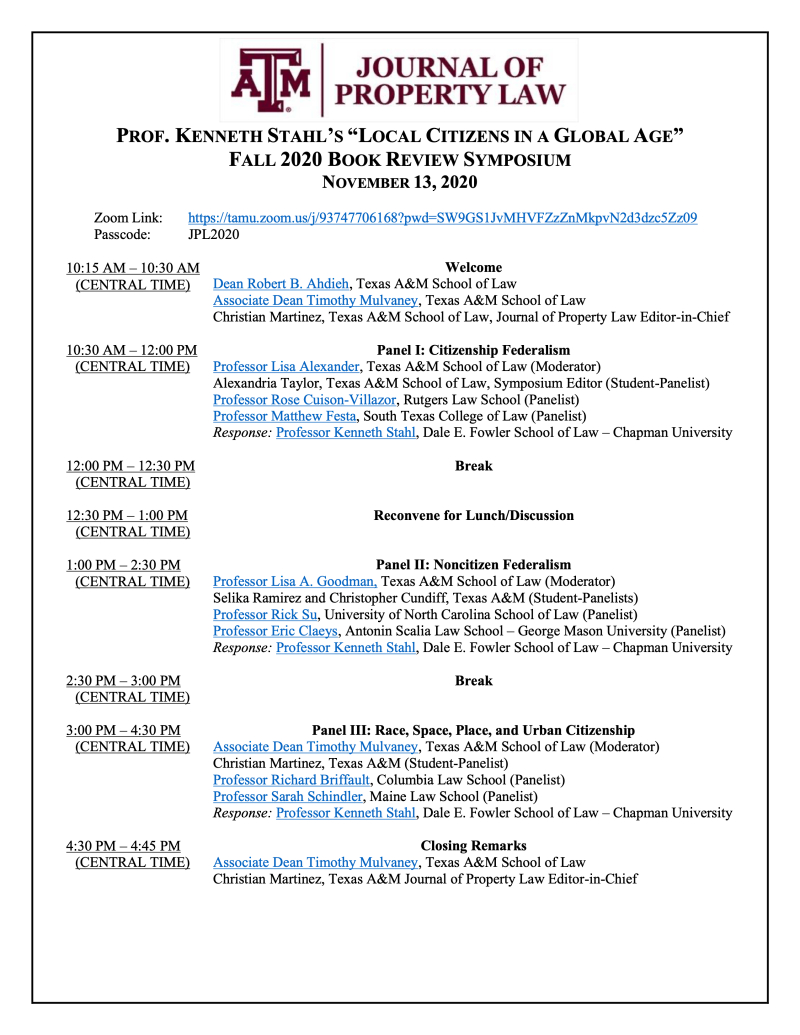 NEW BOOK: Dagan on Justifying Property and Its Values 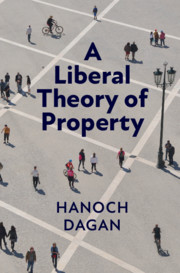 Hanoch Dagan (Tel-Aviv) has posted chapters 1 and 9 of A Liberal Theory of Property (Cambridge University Press) on SSRN. The title is coming out next month, December 2020. Here's an overview of chapters 1 and 9:

Property enhances autonomy for most people, but not for all. Because it both empowers and disables, property requires constant vigilance. “A Liberal Theory of Property” addresses key questions: how can property be justified? What core values should property law advance, and how do those values interrelate? How is a liberal state obligated to act when shaping property law?

In a liberal polity the primary commitment to individual autonomy dominates the justification of property, founding it on three pillars: carefully delineated private authority, structural (but not value) pluralism, and relational justice. A genuinely liberal property law meets the legitimacy challenge confronting property by expanding people’s opportunities for individual and collective self-determination while carefully restricting their options of interpersonal domination.

“A Liberal Theory of Property” shows how the three pillars of liberal property account for core features of existing property systems, provide a normative vocabulary for evaluating central doctrines, and offer directions for urgent reforms.