The Association for Law, Property & Society (ALPS) is an organization for those engaged in scholarship on all aspects of property law and society. Its annual meeting brings together scholars from different disciplines and from around the world to discuss their work and to foster dialogue among those working in property law, policy, planning, social scientific field studies, modeling, and theory. Most annual meetings include participants attending from six continents, representing numerous counties, and working in common law, civil law, Indigenous law, and mixed legal traditions. ALPS will hold its 10th Annual meeting at Syracuse University, in Syracuse New York, May 16-18. The dates include a pre-conference reception on the evening of May 16; full day meetings on May 17-18, each with continental breakfast, lunch, and light reception; and an optional field trip during the day on May 16. Field trip detail will be available prior to registration and tentatively include a visit to the Oneida Indian Nation of New York. The Oneida Indian Nation is one of the original members of the Haudenosaunee people (also known as the Six Nation of the Iroquois).

Paper submissions on any subject related to property law and the practices that shape property norms and institutions are welcome. ALPS has a strong commitment to international and interdisciplinary diversity, and paper topics reflecting that commitment are encouraged. ALPS accepts both individual paper submissions and proposals for fully formed panels (usually 3 to 4 presenters, sometimes including films or multimedia outputs). Individually organized sessions of full panels may have as few as 3 presenters; all sessions with individually submitted papers will typically have at least 4 presenters. Submissions may be of full paper drafts and completed projects, or early works-in-progress.

While papers on any topic of property law are welcome, some possible organizing themes might

include property in relation to...

Submissions should include an abstract of no more than 250 words. In addition, submissions must include: (1) the name of the submitting scholar, (2) the scholar’s institution, and (3) an email contact for the author or authors. If submitting a panel, please insure that an abstract for each paper accompanies the submission and that each abstract includes the name of the panel. Abstracts may be submitted beginning October 10, 2018. Submissions may be made via the concerned webpages. Authors and panel proposers will be notified of the acceptance of their individual submissions or proposed panel on a rolling basis starting after December 1, 2018. In general, each presenter will be limited to one research paper presentation per conference, although some exceptions may be made for special discussion groups or other unique thematic panels. The deadline for submitting papers and panels is February 20, 2019.

Registering for the conference authorizes ALPS to include your name, institutional affiliation, and e-mail in the official program for attendees.

After reviewing and accepting submissions, ALPS will thematically group accepted papers and panels. Concurrent panels will be held on both days of the conference with each panel session lasting approximately 90 minutes and including both individual presentations and time for questions from the audience.

Information about accommodation and travel planning will be provided on the registration site. An opportunity to identify special needs will be included in the registration form and organizers will make reasonable accommodations for all attendees requesting such accommodations. The host venue is a fully accessible facility and accedes requirements of the American with Disabilities Act.

We welcome scholarly participation from anywhere in the world and seek to include a broad range of diverse ideas and experiences in our conference discussions. For scholars interested in presenting a paper at the conference who are unable to travel to the conference venue as a direct result of recent travel restrictions put in place by the United States Government, ALPS will make video-conferencing opportunities available. ALPS also plans to make available live stream coverage of plenary sessions. Video conference participation is limited to those with unique circumstances. By way of reference, the travel restrictions enacted in 2018 impact travel from Libya, Iran, Somalia, Syria, and Yemen (with some restrictions applied to North Korea and Venezuela). If you will be seeking a visa to travel to the conference and are prevented from doing so by these restrictions, please contact ALPS at ALPS2019@syr.edu and we will discuss the possibility of distance participation via live video connection. Note: ALPS is unable to provide advice or assistance with respect to visa matters.

Please direct all inquiries to: ALPS2019@syr.edu

This just in from Tim Iglesias (San Francisco):

I am writing to ask you to encourage your students to participate in the 2019 ABA Forum of Affordable Housing & Community Development Law annual Student Legal Writing Competition.

The competition is open to current law students writing on a question of significance in affordable housing, fair housing or community development law. The winning entry will be awarded a prize of $1,000, up to $1000 in expenses to attend the Forum’s annual conference in Washington, D.C., and publication of the article in the Forum’s Journal of Affordable Housing & Community Development Law. The deadline for submission of entries is March 8, 2019, and the winner will be announced by April 7, 2019. Please refer here for official rules for further details.

Professors who teach property law, land use law, local government law, real estate transactions, environmental law, civil rights law, poverty law and related courses and clinics are in an ideal position to encourage students to participate in the competition. Each year, many of the entries appear to have been prepared initially for seminars.

Please support the Forum’s Student Legal Writing Competition by encouraging your students to submit entries. If you have any questions, please contact me at iglesias@usfca.edu.

Mulvaney on Regulatory Takings and the Values of Property Law

Modern regulatory takings disputes present a key battleground for competing conceptions of property. This Article offers the following account of the three leading theories: a libertarian view sees property as creating a sphere of individual freedom and control (property-as-liberty); a pecuniary view sees property as a tool of economic investment (property-as-investment); and a progressive view sees property as serving a wide range of evolving communal values that include, but are not limited to, those advanced under both the libertarian and pecuniary conceptions (property-as-society). Against this backdrop, the Article offers two contentions. First, on normative grounds, it asserts that the conception of property-as-society presents a more useful structure for assessing whether an allocative choice is fair and just absent compensation than the conceptions of property-as-liberty and property-as-investment. Second, on doctrinal grounds, it suggests that the property-as-liberty conception has fallen from grace in takings jurisprudence since its peak in Lucas v. South Carolina Coastal Council in 1992; moreover, while the property-as-investment understanding remains of some force, the property-as-society conception has ascended to a position of jurisprudential prominence, as most recently evidenced in both the majority and the dissenting opinions in the 2017 matter of Murr v. Wisconsin.

Dickinson on State and Federal Law, Gravity, and the Public Use Doctrine 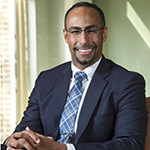 Federal law exerts a gravitational force on state actors, resulting in widespread conformity to federal law and doctrine at the state level. This has been well recognized in the literature, but scholars have paid little attention to this phenomenon in the context of constitutional property. Traditionally, state takings jurisprudence—in both eminent domain and regulatory takings—has strongly gravitated towards the Supreme Court’s takings doctrine. This long history of federal-state convergence, however, was disrupted by the Court’s controversial public use decision in Kelo v. City of New London. In the wake of Kelo, states resisted the Court’s validation of the economic development justification for public use, instead choosing to impose expansive private property protections beyond the federal minima. This resistance thus raises a fundamental puzzle: despite the fracturing of public use doctrine following Kelo, states continue to converge around the force of and be lured by the Court’s regulatory takings jurisprudence. Why is this? This Article argues that the most persuasive explanation is the political economy; that is, where homeowners are perceived to be underprotected by Supreme Court decisions, state actors are more likely to diverge from federal doctrine to grant greater protections as opposed to when the challenger is a developer-landowner. The Court has not underprotected a homeowner in a regulatory takings challenge in a manner that would spark a similar post-Kelo state resistance. Few scholars have explored this mystery and offered conceptual and doctrinal explanations on the value of state divergence from federal takings doctrine in our federalist regime.

Crocker on Takings Claims and Ripeness 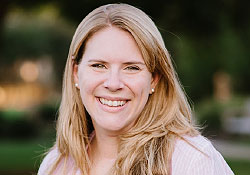 The Supreme Court is set to decide a case requesting reconsideration of a doctrine that has long bedeviled constitutional litigants and commentators. The case is Knick v. Township of Scott, and the doctrine is the “ripeness” rule from Williamson County Regional Planning Commission v. Hamilton Bank that plaintiffs seeking to raise takings claims under the Fifth Amendment must pursue state-created remedies first — the so-called “compensation prong” (as distinguished from a separate “takings prong”). This Essay argues that to put the compensation prong in the best light possible, the Court should view the requirement as a “prudential” rule rather than (as it has previously done) a constitutional one. It then argues that the Court should reject this doctrine not because it is a prudential rule, which would follow a larger trend in recent case discussions, but because it is a bad prudential rule. This path is the prudential one because casting doubt on prudential rules more generally could cause a significant set of additional doctrines to suffer unintended and unwelcome consequences. 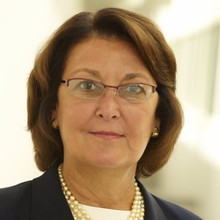 Since the American Revolution, mortgage foreclosures have consisted of a public auction of the mortgaged property. Judges and state legislators at the time believed that an auction was the best way to obtain a fair price for the land. Though that belief soon proved to be mistaken, the sale method remains unchanged.

Before the real estate and mortgage markets crashed in 2007, only two significant empirical studies of foreclosure sales existed, and they involved small numbers of foreclosures. Because the crash resulted in millions of home foreclosures, it has provided a rich data source. As a result, economists, social scientists, and others have produced a wealth of empirical studies on foreclosure sales and their effects both before and after the crash. Three lines of research now clearly establish that foreclosure by public auction is seriously flawed. These studies first prove that, in this country, even a voluntary real estate auction normally produces a lower sale price than a private sale. A second line of studies shows that foreclosure usually is harmful not just for the land owner, but also for the lender, neighboring property owners, and the community. The third line of studies proves that property sells for more when, rather than foreclosing after default, a lender allows a private sale of the property. These studies make a very powerful case for foreclosure reform.